Road deaths are disproportionately high even despite pandemic lockdowns, the AA says, with 319 people killed in crashes in 2021. 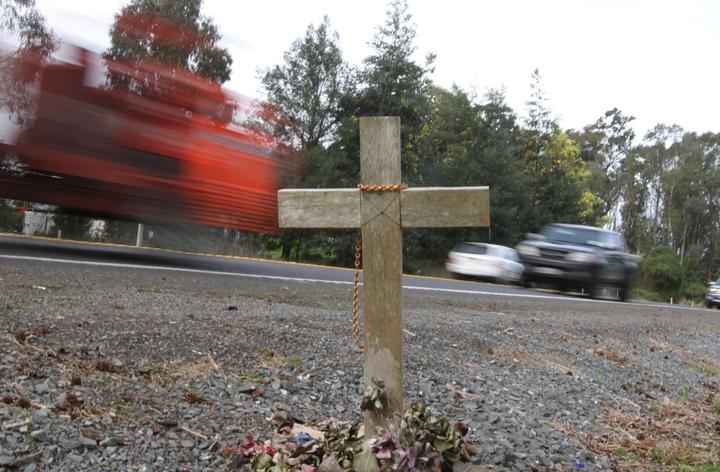 The figure is only one less than the road toll for 2020, and AA policy manager Simon Douglas said it signalled that New Zealand was not doing what it could to take decisive action on road safety.

“Some people would point out that the population and amount of vehicles on the roads have grown in the last decade, which will have an impact on crash numbers – and that’s true,” he said.

Douglas said 100 fewer people would have been killed in 2021 if our roads were as safe as Australia’s.

“There is no reason why our roads shouldn’t be as safe as Australia’s.”

In the past 60 years there had only been three times when less than 300 people were killed on the roads in one year. And Douglas said even with less road travel due to the pandemic and lockdowns in the past two years, the national toll still had not reduced below 300.

A cabinet paper titled Improving Road Safety in NZ attributed the larger decrease since 1987 to “improvements in road infrastructure, the vehicle fleet, and driver behaviour.” It said the smaller upward trend between 2013 and 2017 reflected global trends and was partly explained by increasing road travel, but nevertheless, NZ had more road deaths per 100,000 people than all but one OECD country in that period.

An International Transport Forum report put the cost of road crashes in New Zealand at 1.8 percent of the country’s GDP in 2018.

Added to the mix is an admission from police that they “significantly undershot” planned work aimed at improving road safety in the Auckland region. The shortfalls were detailed in a highly critical report by Auckland Transport which said police were only doing about half what they had pledged to do, and their lack of involvement was costing lives – about ten a year, it estimated.

Douglas said more action was needed on several fronts; “It’s clearly not good enough, and not the progress we were hoping to make with the Road to Zero strategy, which is looking for a 40 percent decrease in deaths on our roads, and we’re just not doing enough to get there.”

But he said drivers should also do their bit.

AA data showed about 50 percent of fatal crashes involved “extreme and reckless behaviour”, and the other half involved “momentary lapses or mistakes.”

He encouraged motorists to make a conscious effort to drive safer in 2022, including keeping safe following distances, slowing speeds to match the conditions, not using phones while driving, ensuring everyone in the car was wearing a seatbelt, and not driving tired.

Now was the best time to start, he said, “as Kiwis are returning from their summer holidays, we’re going to have a couple of the busiest days on the road.”