Planners at Auckland Council are resisting calls for a clampdown on helipads on the eve of a key meeting, amid whirling discontent in the Hauraki Gulf. 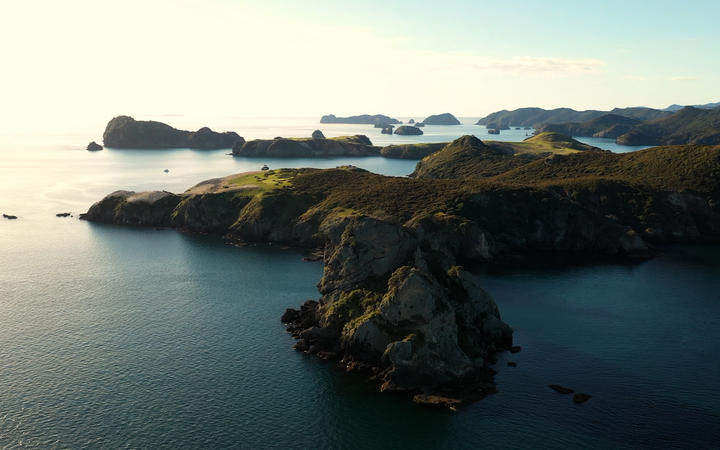 Aotea has received its first five applications for resource consent of helipads in the last few months. Photo: RNZ

They are proposing instead to analyse chopper flights for the first time, to see if they are breaking the rules.

Waiheke and Aotea Great Barrier Islanders, and the Waitematā local board in the city, have petitioned for immediate changes to block consent for any more helipads.

Waiheke has 49 helipads, and 55 properties with consent to land choppers, while Aotea has received its first five applications for resource consent in the last few months.

The local boards are pushing for a moratorium, or district plan changes to either prohibit helipads or at least entitle the public to be notified about them.

But the planners in their first major report on choppers in several years, that goes to the council’s planning committee tomorrow, say those options are either legally impossible or problematic, or simply too much work for overburdened staff just now.

The islands’ rules were “less strict” than the Auckland Unitary Plan rules, and this recognised “the tourism and economic benefits”, the planners said.

Scotty Witherow on Aotea, and Alex Bonham in the city, both worry the council just does not get it.

“It’s Auckland Council who aren’t necessarily totally tied in with local residents, how they feel, how they want to protect our island,” said Witherow, who has lived on Aotea for 25 years.

Aotea locals cannot challenge a helipad consent because they are not required to be publicly notified.

In the city, they are notified, but some residents want more.

“Staff really don’t know what it’s like to live in a neighbourhood where there’s a lot of helicopter movements,” said Bonham, deputy chair of the Waitematā local board.

“I’m concerned that there is a view to let anything happen, where you can.”

Witherow is a builder who could benefit from rich-listers choppering in. Instead, he is the first name on a 600-strong petition calling for a moratorium.

“I’m heading a petition where it could be doing me out of work – it’s totally counterproductive for my part,” he said.

“But yeah, I moved to the Barrier like a lot of people for various reasons and a chopper landing next door is not one of them.”

The council planners admit they lack data, so they are proposing a six-month-long study, drawing on data from the Civil Aviation Authority, on chopper impacts across Auckland or and whether they are sticking to the consent conditions.

No one has been checking this, unless there is a complaint – and while there has been a recent flood of complaints about helipads, actual chopper operations have attracted very few, despite lobbyists telling a parliamentary select committee last month that the uncontrolled chopper flights over the island are unsafe.

The study would run alongside staff taking another look at which consent category was best for helipads, said planning committee chair councillor Chris Darby. 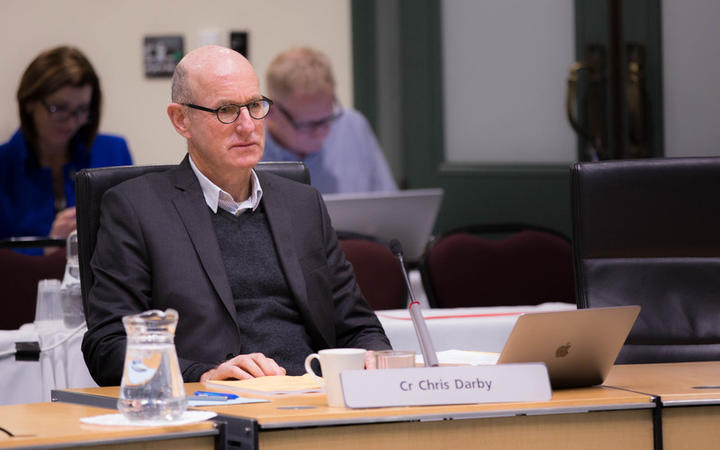 “We’re by no means kicking this topic to touch at all,” Darby said.

“We are wanting to make sure we’ve got everything in a row, and that we’re on firm ground if we were to progress towards a plan change.”

A change could, for instance, shift helipad consents in the Gulf from the current ‘restricted discretionary’ activity – ‘restricted’ meaning only noise and visual impacts are allowed to be taken into account – to discretionary, which can take into account many factors; and on the mainland, from the current relatively strict ‘non-complying’ category, to the tightest category, ‘prohibited’.

The planners, however, said in the new report that ‘prohibited’ was too high a bar to get over legally.

They also said they were too over-stretched to do anything about a plan change for at least six months.

Their workload is evidenced by the hundreds of pages the planning committee must wade through tomorrow, on two other major issues – housing intensification, and a citywide cycling plan – while at the same time copping flak over a proposal to cut down on carparking on main roads.

“There is simply no capacity available,” the helipad report said.

It said only six of Waiheke’s helipads were used regularly, and very few got more than seven flights a month.

RNZ approached the two vineyards that operate the busiest helipads for comment but got no response.

Waiheke Island Tourism chair Christina Hyde said it was a difficult balancing act between an island lifestyle, and tourism businesses.

“They want the ability to attract that target segment, and helicopters are a mode of transport for high-end customers,” Hyde said.

“I think the local board has to walk a careful line between the needs of multiple members of the community.”

The Environmental Defence Society said once the planners’ workload lightensed maybe around August, they must crack on and prohibit any more private helipads on Aotea Great Barrier.

“There needs to be a holding pattern while the district plan proper is reviewed,” said chief executive Gary Taylor.

“And the best way to do that is a short, sharp plan change that would take immediate effect. It’s not a complicated plan change.”

He has written to councillor Darby and Mayor Phil Goff, saying the “lenient” consenting rules favour the “super-convenience” of a few over the special nature of the island.

FFEATURED
As the last of the sun’s rays curl away from the coast in Australia’s remote north-west, Josie Alec…
FFEATURED