Australia to hit 1 million Covid-19 cases, wrestles with the surge

Australia is learning about exponential growth the hard way, and is rapidly closing in on 1 million Covid-19 cases since the start of the pandemic.

As Omicron repaints the Covid-19 experience, the country is wrestling with big questions; are the numbers accurate, how to test, will the health system and infrastructure like distribution hold up? 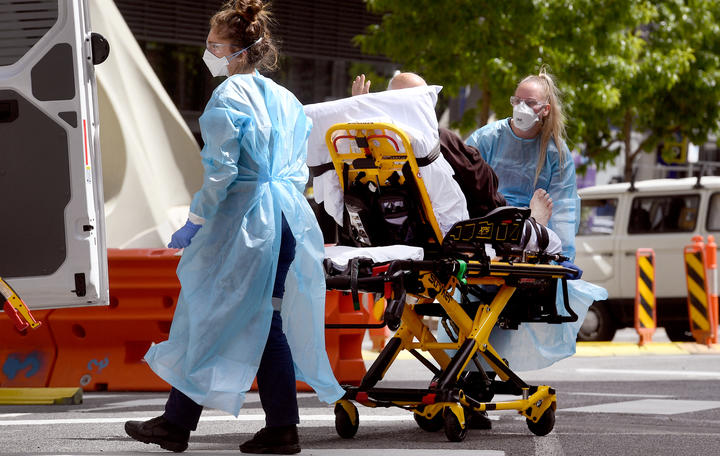 Medical staff stretchering a patient at Royal Melbourne Hospital. The state’s surge in infection numbers has put pressure on the state’s health system.

But an even bigger number awaits – sometime in the next 24 hours, the nation will likely hit a million recorded cases over the course of the pandemic, with the tally reaching about 880,000 on Saturday.

By comparison, New Zealand has had 14,527 confirmed cases since the start of the pandemic.

As Omicron has unfolded the rules have changed, Australia’s public health measures and its systems are creaking under the pressure and Australians wonder what comes next.

Here were five questions the country wrestled with this week.

Are the case numbers trustworthy?

Huge numbers aside, the totals are beginning to lose their meaning when it comes to an accurate representation of how the country is faring.

Every state and territory – apart from Western Australia which is yet to fully relax border restrictions – saw Covid-19 infections break records this week as Omicron supercharges the virus’s ability to spread, alongside relaxed restrictions.

In the Northern Territory, 256 cases were registered on Thursday and a snap lockout was announced. By Saturday that had more than doubled to 594.

In Queensland, more than 10,000 daily cases were detected this week, and in the ACT, the uncomfortable 1000-case barrier was breached.

But what do the official figures even show now?

Anecdotal evidence suggests some people with symptoms are not even getting tested, but instead are assuming their Covid-19 symptoms probably are just that, a case of Covid-19.

Others are being turned away from long testing queues, or waiting days for results (if you are living with a positive case, do days-old results even make a difference when they are received?). 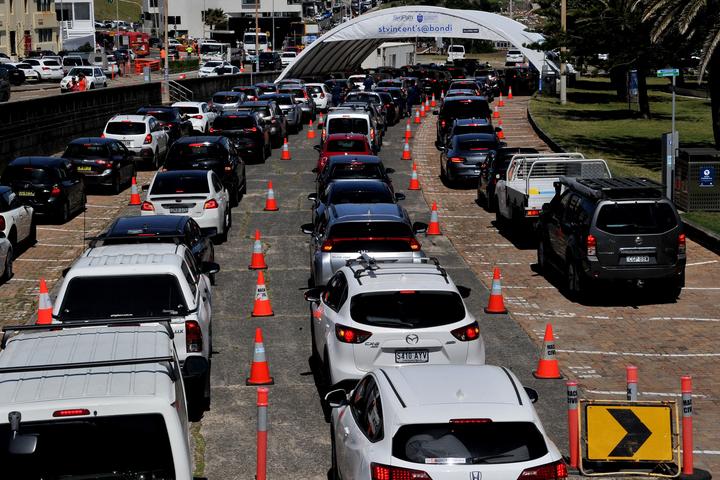 Rapid antigen tests are nigh impossible to find and large numbers of those with a positive test haven’t been following up with an officially administered PCR test. And from this week, that step was no longer even required in most states.

“They are beginning to lose more and more meaning because the proportion [that are] positive across New South Wales and Victoria is so high,” he said.

By the end of the week, many states introduced requirements to log positive RAT results. Combined with the new testing rules, this will help reduce the stress on the system, but it’s unclear whether official figures will ever reflect reality again.

However, that may be a moot point, as authorities and experts move towards a focus on other statistics.

Epidemiologist Catherine Bennett says the time has come to divert focus away from case numbers and toward surveillance and hospital admissions as part of the “logical next phase”.

But for a country fixated on case figures for so long, it’ll be slow going for many to reach that phase.

RAT shortages and access problems, and whether to PCR test or not?

For much of the country, there’s still no easy answer to the former, and the latter is complicated too.

It’s not just a decision whether to test anymore – you need to decide whether you do a rapid antigen test at home or line up in the hopes of getting a PCR or a take-home RAT.

This week Australian prime minister Scott Morrison announced PCRs test are no longer required as confirmation for those who have a positive RAT – which means less double testing.

“That will take pressure off PCR testing lines,” he said.

But concern over the availability of RATs intensified this week. They have been harder and harder to find, and at between $10 and $30 a test (when price gouging was taken into account) they were simply not an option for many people.

In some countries RAT tests are free, but Morrison has been unequivocal, saying in Australia he won’t “undercut” business.

On Wednesday, an exception was made for 6 million concession card holders who will now be eligible for 10 free tests over the next three months. 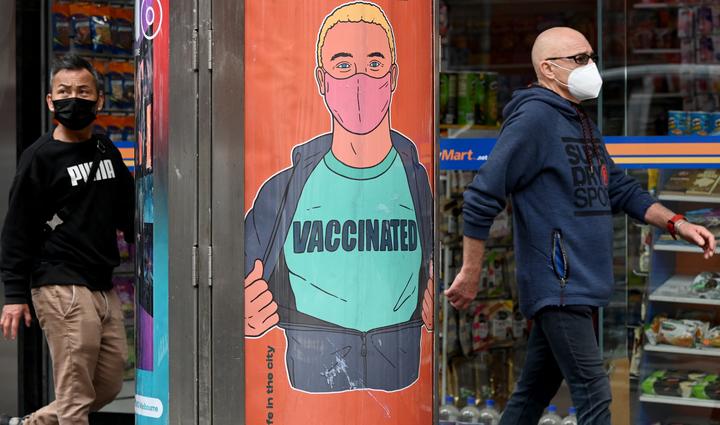 For people who are either close contacts or symptomatic, RATs are now available for free at state testing clinics, and close contacts and people with symptoms are still encouraged to go there over the pharmacy.

But for millions of Australian families, the cost of testing will need to be added to the weekly budget.

Labor has criticised the policy, arguing RAT tests should be provided free “just like we deliver other health services through Medicare and do so on a universal basis”.

With reliance on RATs only set to increase when students return to school the cost/availability crisis needs a solution.

Availability should be eased shortly with 200 million tests ordered for Australia, and meanwhile, a Melbourne software developer has created a website, Find A RAT, to help people find tests.

Are hospitals at breaking point?

Healthcare workers are saying that each day it’s getting tougher and tougher for hospitals to cope with the surge.

And it’s not just the rising number of Covid-19-positive hospital admissions putting pressure on the availability of beds and ventilators.

The widespread incidence of cases in the population means healthcare staff are among the sick and are taking time off work – even those coping well with the illness, which increases pressure on those able to work. The result is an explosion of burnout, anxiety and absence.

Hospitalisations have now eclipsed last year’s Delta peak – and the number of those on ventilators is not far behind.

While Omicron is mostly causing a less severe illness than Delta (though the WHO says it’s not mild), the lifting of restrictions has allowed the remnants of Australia’s Delta wave to spread too.

Up to 70 percent of those on ventilators in Australian hospitals are believed to be fighting the Delta, not Omicron, variant.

“You’re hearing stories of wards with half or even less than half of their normal number of nurses available to actually fill a shift and look after their patients. So it’s almost a perfect storm of pressure,” he said.

“And it’s just not true to say our health system is so resilient it can cope with anything, there are limits, unfortunately.”

A NSW doctor spoke out anonymously this week to underscore the crisis facing the state’s hospitals and the political disconnect on the issue.

The doctor said assertions from NSW Premier Dominic Perrottet that hospitals were in a “strong position” was “out of touch with reality”.

“Staff are working harder and longer. That is the only thing holding the system together and it’s not a long-term option,” she said.

Is it really under control? Does Australia need to go back to restrictions?

As the country races ahead of case predictions, it’s getting harder for leaders to stand up and say “we’ve got this”.

It wasn’t that long ago that NSW Health Minister Brad Hazzard announced Omicron cases could hit 25,000 by the end of January, and the state has already nearly doubled that figure. 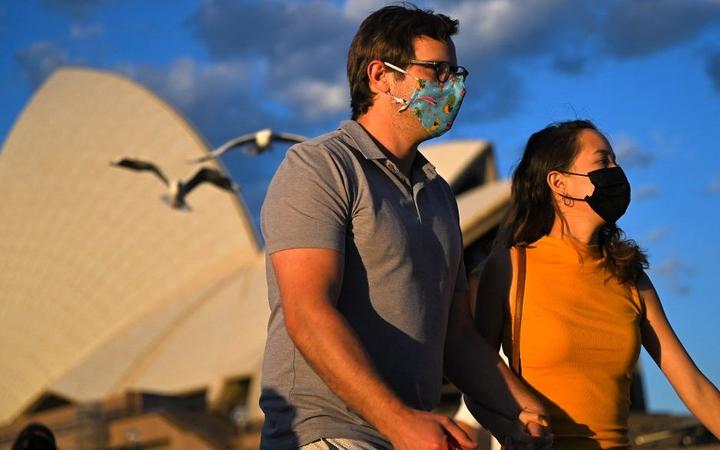 On Tuesday, Perrottet said the healthcare system was in “a strong position”, but by Friday had admitted the state faced “a few difficult weeks”, as he announced “minor” restrictions – notably to elective surgery and singing and dancing. Victoria, too, introduced changes just a day earlier.

Perrottet said the changes would “alleviate pressure on the hospital system and staff”, but plenty of critics wanted to remind him that the current scenario hadn’t emerged from the blue.

Scientists and healthcare workers have been warning for weeks that hospitals were predicted to struggle as Omicron surged.

For many, this pressure is largely unseen – unless we are in need of medical care.

But the appearance of bare shelves in supermarkets across the state this week is separated from the stockpiling we saw earlier in the pandemic.

Instead, it delivered graphic evidence that Omicron had placed many of Australia’s essential services under acute stress as supply chains buckled beneath Covid-19 sickness and isolation requirements. The result was that produce simply wasn’t making it to market.

In Canberra, Morrison was also dealing with words that came back to bite, as his assertions school would be “back on day one and staying back” were challenged. In Queensland, Premier Annastacia Palaszczuk floated the possibility that the start of the 2022 school year would be delayed by one or even two weeks as Omicron cases continue to grow.

In Western Australia, the only state where case numbers remain low, contact tracers are preparing for a surge once border restrictions are lifted.

Incredibly, when compared with other states, restrictions are still being lifted there as community spread remains under control.

‘This is the tricky part’: Shane Warne names his Australian XI for Hobart Test

Read More
Germany has recorded almost 34,000 daily Covid cases in the past 24 hours, its highest number so far,…