High-profile music acts Metallica and the Black Keys have had an insurance policy for their recent tours – canines trained to sniff out Covid-19 in their crew, entourage, and anyone else with backstage access. 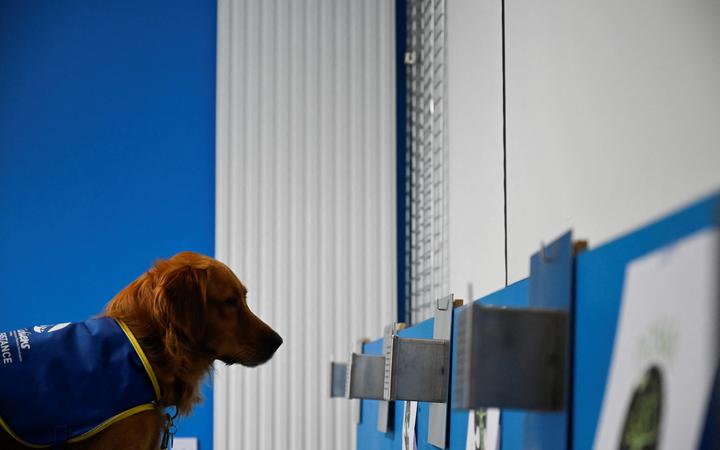 Rolling Stone reported the bands employed the dogs to make sure the virus did not prematurely shut down their shows.

And while rock outfit Tool and country music singer Eric Church have followed suit for their tours getting underway in the United States, event producer and creator of the Big Day Out festival, Ken West, has warned against doing the same in Australia.

“The problem with all of that is a sniffer dog around anybody at a festival or concert is not going to be automatically considered a Covid-sniffing dog,” West said.

“For instance, dealing with the Big Day Out and the 2000 Olympics, we didn’t have sniffer dogs really before then – there might have been one or two – and all of a sudden there was a truckload of bomb sniffer dogs that were, from what I understood, retrained within a year to become drug sniffer dogs.”

He believes it could set a dangerous precedent and be a slippery slope.

There is some activity on the local front when it comes to training dogs to detect Covid-19 in humans, however.

Anne-Lise Chaber from the School of Animal and Veterinary Sciences at the University of Adelaide said in terms of effectiveness, PCR testing would come out on top, then Labradors, followed by rapid antigen tests.

“In clinical settings … they (the dogs) were 97 percent effective,” Chaber said.

“We are currently determining how effective they are in a deployment setting on people, which might not be as good as in clinical settings on samples, but they are more effective than the rapid antigen tests, that’s for sure.”

The University of Adelaide’s research and trials are leading the push in Australia to identify and prevent the spread of Covid-19 with detector dogs.

The aim of the program is to provide an efficient and reliable screening method as part of future biosecurity strategies in Australia, with Australian Border Force one of the participating bodies.

Chaber said one dog could screen up to 200 people in an hour.

“A concert setting would mean that we need a lot of dogs,” she said.

“So what Metallica is doing is they’re not actually using the dogs to screen people that are coming to the concert.

“They’re using the dogs to screen the people who are working with them. That is more like to screen the crew on a daily basis, as far as I understand it.

“In a concert setting, I think it will be feasible, but will require a lot of dogs.”

Man makes court appearance after death of a woman in Christchurch