Department of Conservation staff will assess a beaked whale stranded at Te Kouma, south of Coromandel township at the next low tide. 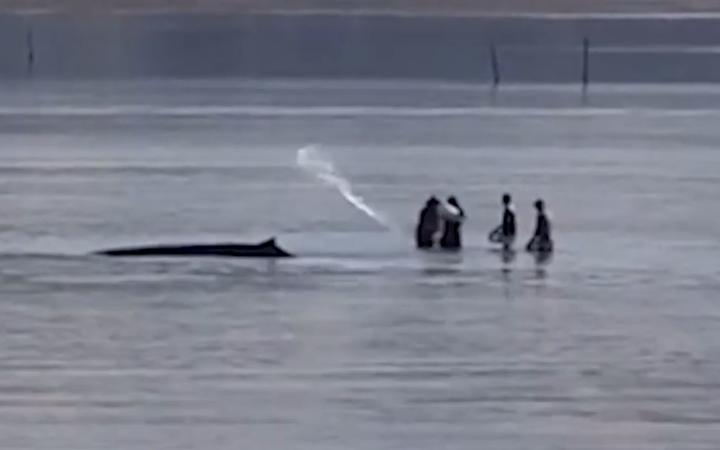 Coromandel operations manager Nick Kelly said the nine metre beaked whale has not moved since it was refloated at high tide, around 1pm.

The whale had appeared energetic earlier in the day and was attempting to free itself, but the water had not been deep enough.

But Kelly said the whale was reluctant to swim out to sea when it was partially floated at high tide.

It could not be coaxed out to sea and remains semi-submerged in the water.

Marine mammal rescue organisation Project Jonah is also working to save the beaked whale, which was found by a member of the public early this morning.

The low tide, around 7pm, will enable DOC to have a closer inspection of the whale, and it will work out the options with iwi.