Auckland police have confirmed that a body has been found inside a Flat Bush home where a man who had been negotiating with officers after gunshots were heard gave himself up this morning. 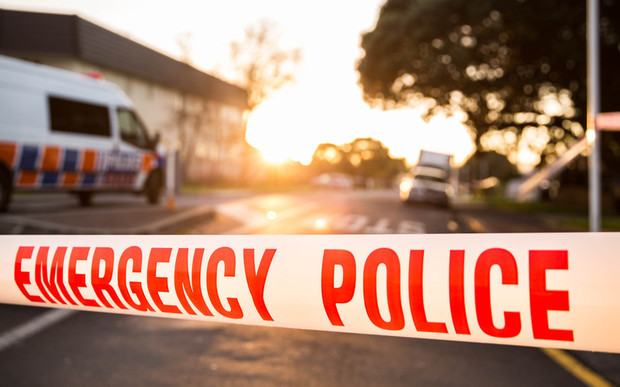 Police were called to the address at 1.15am this morning after reports of a person in distress at a nearby home Bezar Place, followed by gunshots.

Cordons were put in place and Armed Offender Squad members who joined the police response got into the home through a window after seeing several people inside the home. They safely brought out several unharmed occupants, including a child.

A nearby resident said he saw police climb into the top of the house and remove three women and a child, who were then taken away.

A police negotiation team made contact with a 38-year-old man inside the property and continued to talk him overnight. He

surrendered to police shortly after 8am and was taken into custody without further incident.

Counties Manukau District criminal investigations manager Detective Inspector Fa’amanuia Va’aelua confirmed the body of another man has been located inside the property and a homicide investigation has begun.

“We want to acknowledge the distress this incident has caused for those in the Flat Bush area who were affected.

“This is not something you expect in a residential area after a day of Christmas celebrations.

“I also want to acknowledge the bravery demonstrated by the officers who went into the home and brought the occupants out safely.

Va’aelua said residents will notice a continued police presence in the area.

‘Don’t dance, sing or do stunts’: how Julian Hill became the most popular Australian politician on TikTok

Read More
The Health Ministry has made a $45 million-a-year data deal to help protect hospitals from cyber attacks. A…
FFEATURED

Read More
A 15-year-old has been charged with murder after the death of a man in Ōkaihau near Kaikohe on…
FFEATURED
ExxonMobil Corp. and Saudi Basic Industries Corp. (Sabic) Gulf Coast Growth Ventures petrochemical complex under construction in Gregory,…