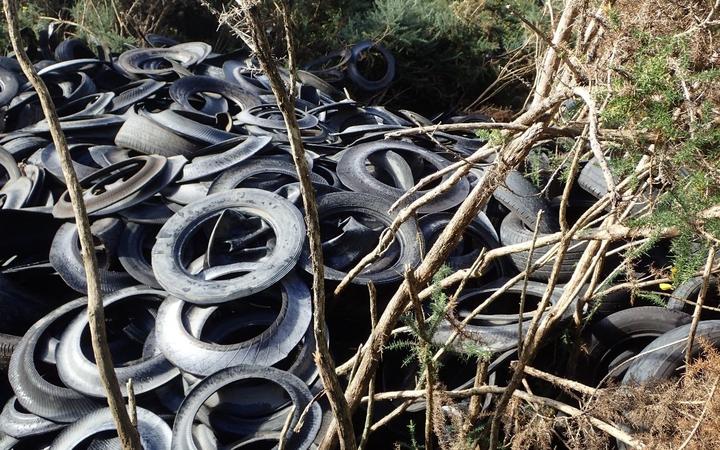 Some of the stockpiled tyres that saw a company fined $40k. Photo: Supplied

Judge Dwyer fined the company and ordered both parties to pay court costs, however Anderson was convicted and discharged due to his financial position.

“Mr Anderson and his company chose to receive these tyres and dispose of them illegally, creating a legacy problem for whoever eventually bought or inherited the land.

“They have been carrying out this activity outside of the law for a number of years, placing their own interests over those of the community and environment. In addition to the eventual contamination of the land these tyres may cause, they also pose a serious fire risk.”

While the council also sought an order for the removal of the tyres, this was not granted. Instead, the judge suggested GWRC should seek such an order from the Environment Court.

State of emergency declared in Gisborne after heavy rain

FFEATURED
The U.S. and China represent the most significant – and potentially most perilous – bilateral relationship in human…
FFEATURED

Read More
MoviePass, the movie theater ticket service that skyrocketed to popularity in 2017 and spiraled into bankruptcy protection two…
FFEATURED

Read More
The Ministry of Health says the death of a 40-year-old man, who had Covid-19 and was isolating at…