Consultation will be delayed for Westport on the coastal hazard section of the new Te Tai o Poutini Plan, after a plea from Buller District Council that seeking more feedback at this time risks “alienating” the town. 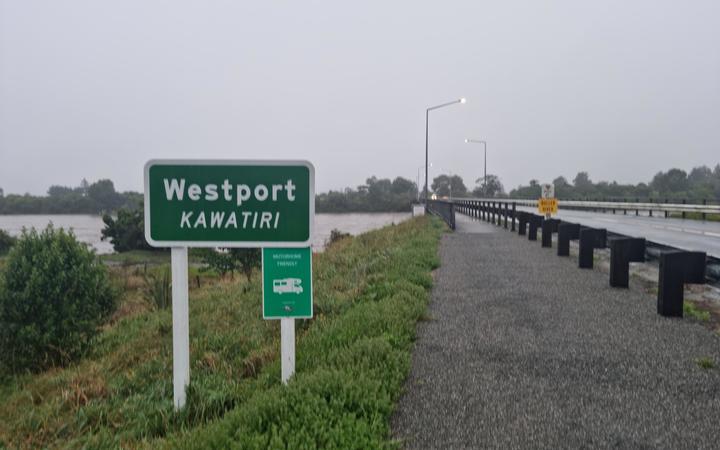 The Te Tai o Poutini Plan Committee (TTPP) this week debated whether to delay seeking feedback as some work has yet to be completed for the draft, namely assessment and analysis of the hazard risk from flooding for some areas of coastal low-lying land.

A draft natural hazards companion to the plan was tabled, with proposed map overlays identifying hazard alert areas along the length of the West Coast’s 650km coastline, including for the three main towns.

If adopted, it would mean stricter consenting requirements and limit the type of building activity allowed in areas considered most at risk.

Planners pointed out the proposed natural hazards rules for the TTPP will not affect existing use rights.

After lengthy debate the committee decided to exclude seeking feedback from Westport until it clarifies the location of the pending floodwalls to be built around the town, and analysis of how it might affect individual properties.

For the rest of the region, consultation will start next week on the draft coastal and land instability hazards companion document.

The committee also revised a proposed precautionary 200m coastal exclusion setback alert map which was included in the draft for any new building development in low-lying coastal areas.

Committee members pulled that back to 100m, in line with that for the current Grey District Plan, while leaving the door open to changes to the setback in the future, based on more accurate coastal hazard risk data.

Westland currently has a 200m precautionary setback and Buller 150m. 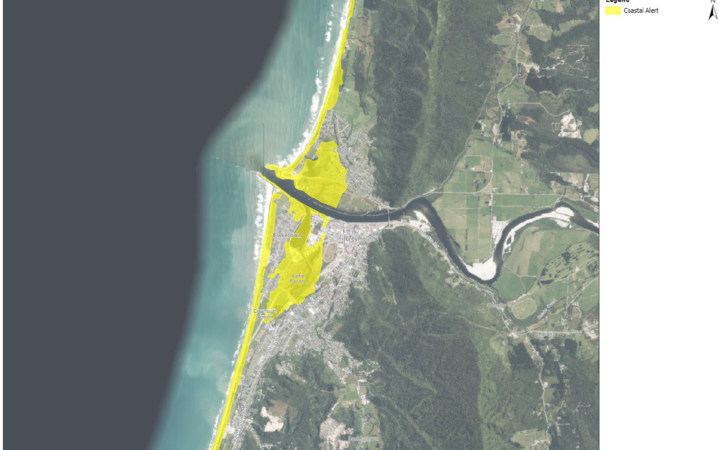 The aerial map overlay of greater Greymouth including the suburb of Cobden to the north of the Grey River mouth and the suburb of Blaketown. The area referred to as Lake Karoro was mostly filled-in from the 1950s for land reclamation purposes. Photo: Supplied / West Coast Regional Council

Planners say the setbacks mainly apply to remote areas where there is little or no development currently.

The draft coastal alert maps cover areas where people, property and the environment are at risk from coastal hazards. The inundation risk from natural hazards over the next 100 years — based on a 1m sea level rise — include areas identified as being at low or medium risk due to the risk to people and assets.

Buller mayor Jamie Cleine worried about the stress caused to Westport residents if the draft went out now, when the location of floodwalls for the town had yet to be finalised.

He believed seeking feedback too soon would only exacerbate the anxiety of Westport property owners who did not know yet whether they would be protected.

“I’m just wary of us going out there no matter how many times we say ‘it’s just a draft’, that it risks alienating our community,” Cleine said. 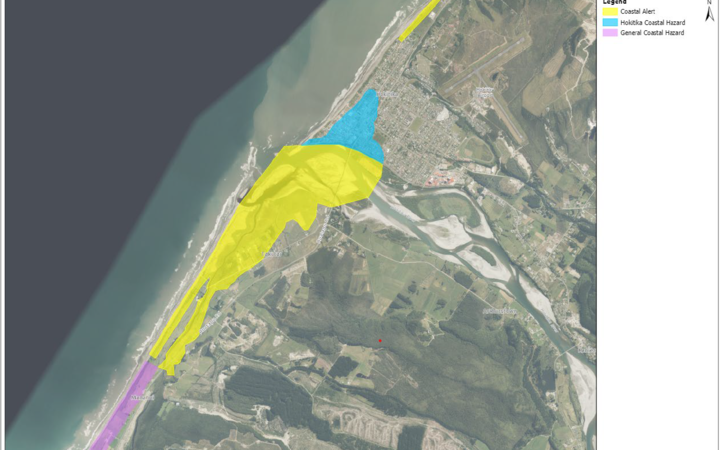 The aerial map overlay of Hokitika township and surrounds. The coastal hazard referred to in the overlay (the mauve area) has been previously notified to residents in the area. Photo: Supplied / West Coast Regional Council

West Coast Regional Council chairman Allan Birchfield said more time was needed given the big gaps where hazards had yet to be assessed over the Coast’s 650km long coastline.

“It’s too hit and miss … I think it’s going to cause us a whole heap of problems. Maybe we should extend the deadline.”

Lead planner Lois Easton said a lot of the coastline had not been assessed. At this stage incorporating the current precautionary exclusion zones from the existing district plans had been seen as a solution to keep momentum going for the draft feedback process, while leaving it open for further information.

AUT's new Vice-Chancellor: 'The digital divide is a real thing'

Covid-19 journey: A scientist's warning from inside out amid 'mild' labelling of Omicron

Read More
SYDNEY—Prime Minister Scott Morrison, who has brought Australia into a closer alliance with the U.S. amid its rivalry…
FFEATURED

Read More
In the lead up to Christmas, RNZ is speaking to people who work to improve the lives of…
FFEATURED
A homicide investigation is underway after a man was found dead at a Tauranga property just after 10.30pm…