A container repair company has been fined for a second time for discharging contaminants into Tauranga Harbour.

A container repair company has been fined for a second time for discharging contaminants into Tauranga Harbour. 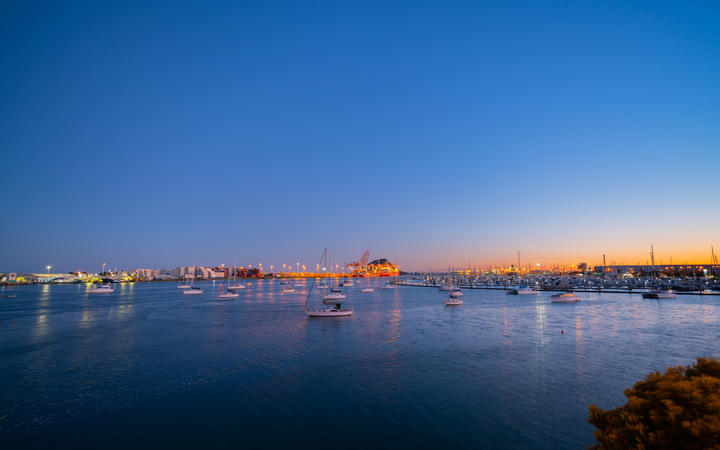 lights of Port of Tauranga ships and harbour at dawn with golden glow of sun on horizon Photo: 123RF

CRS Tauranga Ltd pleaded guilty and was fined $49,000 in the Tauranga District Court.

The court heard that twice in June 2020 Bay of Plenty Regional Council found sediment-laden storm water discharging from the company’s site in Mount Manganui into the harbour.

The dirty water had ponded on the site before escaping a silt fence and flowing into the roadside storm water system and into the harbour.

During a follow-up inspection, council officers again observed a large area of sediment laden water as it flowed underneath or around a silt-sock bund, and into the storm water system.

The regional council said increased sedimentation was a key issue for Tauranga Harbour, and could have a range of adverse effects on benthic communities and habitats, and on the overall ecological health of the harbour.

Judge Melinda Dickey acknowledged the company had made attempts since the first prosecution to address issues it was having at the site but these had not been successful.

She described the environmental effects of the offending as moderately serious and said the company had not responded with sufficient urgency diligence to the discharge problems.

“This case demonstrates the need for swift and suitable corrective actions by businesses to avoid further polluting the environment when a problem is identified.

“Businesses need to take responsibility for their actions and if something isn’t right act quickly to ensure they’re taking the appropriate steps to protect the environment.”

Fog cancels flights in and out of Wellington Airport

Read More
People are urged to not swim in the Manawatū River in Palmerston North, after four drownings in recent…
FFEATURED

Read More
Tonga no longer meets the criteria for quarantine-free travel due to increasing Covid-19 cases, Director-General of Health Dr…