The first recipient of a controversial government tourism fund says the grant saved jobs and stopped them from going into hibernation. 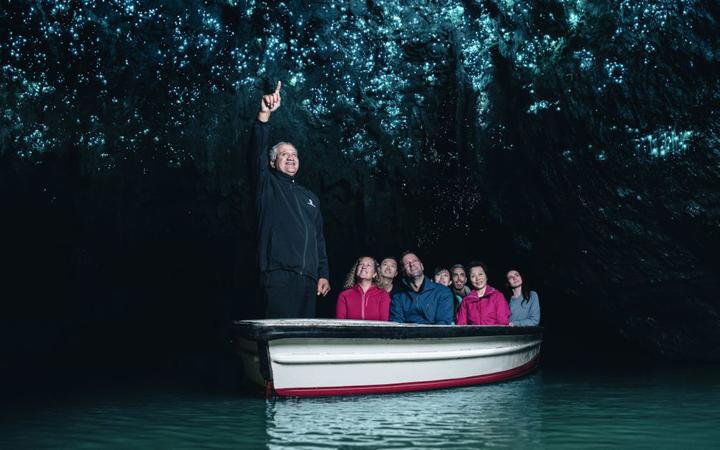 In early June 2020, Discover Waitomo was announced as the recipient of $2m grant from STAPP Photo: Waitomo Caves

The $290 million Strategic Tourism Assets Protection Programme (STAPP) was formed to provide rapid support for the country’s significant tourism assets, but it has come under scrutiny with concerns about transparency.

On Thursday, a report from the Auditor-General’s office found ministers used unclear criteria when dishing out millions of dollars in tourism grants in 2020 and kept few records explaining their decisions.

In early June 2020, Discover Waitomo was announced as the recipient of $2m grant from STAPP – more than a week before applications closed.

It was one of the tourism businesses – alongside AJ Hackett Bungy and Whale Watch Kaikōura – that sought support before STAPP had officially started accepting applications.

Chief executive Grant Webster said the grant was crucial and he remained confident the company was transparent and open about its application.

“Quite simply, it saved a large number of jobs and made it very clear that the decision to continue to incur losses was worthwhile. So it kept the business from hibernation.”

He confirmed at least 30 jobs had been saved and helped to keep people in the small community, saying the money was used towards wages.

At the time of the announcement, a $2m loan was also on the table for Discover Waitomo, but Webster said they turned it down.

“We’ve kept the Discover Waitomo businesses open this year past the expiry date of the funding,” he said.

“We didn’t take up the loan offer cos we didn’t feel that was right because we could take loans from the banks, which we continue to do to fund that business and … its ongoing losses.”

Since the Auditor-General’s report was unveiled on Thursday, there have been calls from some tourism operators for funds that were given out to those who didn’t meet the criteria to be taken back and redistributed.

In particular, there was a sense of frustration against businesses owned by large, profitable parent companies.

When asked whether THL would consider handing back the funds, Webster said no.

THL has indicated to the market it would have a loss this financial year and also had a loss last year, he said.

“If there were businesses that made good profit, that gave distributions to shareholders, that’s a very different situation, and it’s very different to the situation THL’s been in.

“We’ve had no dividends. We’ve been in a loss situation, so I feel very comfortable again that we did the right thing and that there’s no need in any way, shape or form for us to be considering any kind of repayments.”

He believed that the application submitted for Discover Waitomo included the same degree of information.

He said the company was clear about being publicly listed, its balance sheet, and its commercial reality – if it didn’t get STAPP support, widespread redundancies and likely hibernation was on the cards.

“The funding did what it was meant to do. It made the difference around those key decisions so I’m very comfortable that we did the right thing and we met the intent of the funding and the programme.”

When asked if he was confident Discover Waitomo met the criteria of STAPP – another source of concern raised in the Auditor-General’s report, he said yes.

Its general manager Paul Button said the funding made a big difference to his business.

“The grant was incredible. For us, it gave us the confidence to operate. We guaranteed jobs for … the whole team for that two year period.

“It just gave us a little bit of a buffer to operate. We invested into our sales and marketing division and we also kept up our conservation commitments. For us, it was instrumental.”

The STAPP fund was first announced in May 2020, at a time the government forecast 92,000 job losses in 2020 and cumulative losses of $18-21 billion over four years for the tourism industry.

Button said STAPP did help to protect key tourism assets like it was meant to.

“Without a lot of these key players in the industry, the tourism industry in general would be really affected when we tried to turn back on.

Fifa World Cup Qatar 2022: What are the draw highlights?

Read More
A fire on a hill in Ahipara burnt through 5 hectares of vegetation before it was contained overnight.…
FFEATURED