New Zealand’s UN Climate Change Ambassador says the last minute watering down of action on coal at the COP26 UN climate summit was the worst thing that happened at the meeting. 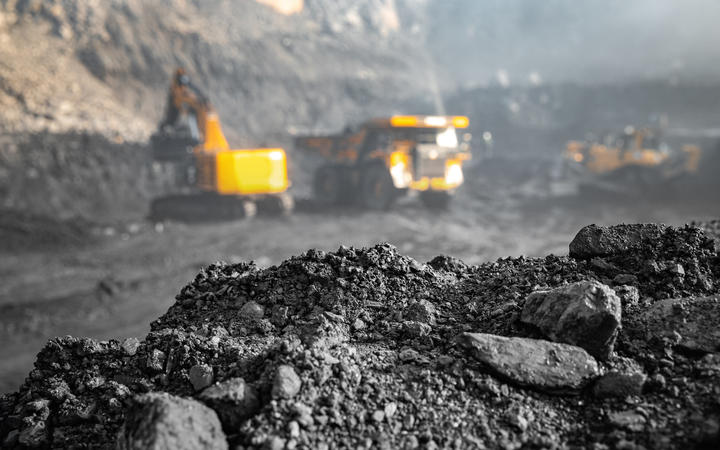 India and China forced the wording change at the meeting which concluded last week.

It prompted outcry from island nations, with the meeting President Alok Sharma tearfully apologising to all parties for the change.

Speaking at a post-summit debrief, ambassador Kay Harrison said it was very disappointing for her personally.

“That was a blow, especially as there were so many things in the pact which were exciting and new – references to fossil fuel subsidies etc – things that we’d worked on for so long and then a .. few countries just couldn’t go that far.”

Harrison said the environment would be in a far worse state if meetings like COP did not happen at all.

The combined efforts from countries fell far short of the target of keeping warming below 1.5 degrees.

Despite that, Harrison said she chose to have hope.

“What is the alternative? It is not acceptable for me to be an adult who has been part of a world that’s caused this problem and then to step back in hopelessness or pessimism and say ‘it’s all to hard, we failed’.”

While small steps like those made at COP26 to reduce emissions continued to be made she would remain optimistic, she said.

“The Glasgow climate pact didn’t solve the climate problem, neither did the Paris Agreement.

“But it is an important step forward. It’s not enough in itself, but what we do next will be guided by it.

“And every year what we do next counts.”

Harrison said in the agreement from the meeting, called the Glasgow Climate Pact, was a commitment to produce an annual report showing countries reduction commitments.

That was part of the Paris rulebook which was finally completed, she said.

“All of that, over 150 pages, was produced and delivered, negotiated, every comma, every word.”

After years of failure, talks to set up international carbon market, known as Article Six, finally got over the line.

These were crucial for New Zealand because two thirds of its reductions will have to come from paying other countries to make reductions on its behalf.

The Article Six outcome was “reasonably healthy”, with some of the worst aspects feared to make it though to the final document left on the cutting room floor, Harrison said.

“There are a couple of things that New Zealand doesn’t like about it, but generally speaking it’s pretty solid.”

A disappointing compromise was that some carbon units left over from the Kyoto Protocol would be allowed to be used towards countries’ reduction pledges, she said.

The rules precluded ‘double counting’ – that if a county sells an emission reduction to another country it cannot also count the reduction in its own pledges, she said.

Realistically, it would be more than two years before international carbon trading could start, Harrison added..

In the meantime, New Zealand can enter into bilateral agreements with specific countries – which the government has signalled would likely be in the Asia Pacific region.

Finance, adaptation, and loss and damage

A key tension at COP26 was the failure of rich countries to follow through on their finance goal to give $100 billion in climate aid a year for five years from 2020.

Harrison said a major issue of discussion at next year’s COP27 in Egypt will be on climate aid and financing.

Talk about what was called ‘loss and damage’ was “not going to go away”, she said.

Loss and damage is essentially reparations for countries already bearing the brunt of global warming. Poor countries want this paid out over and above money to mitigate or adapt to climate change.

Many developed countries feared acknowledging loss and damage opens them up to massive financial liability.

Harrison said at COP26 there was finally understanding from countries that young and indigenous people needed to be more involved in talks.

Read More
It’s conventional wisdom among wildlife lovers that the more charismatic an animal is, the higher its profile. Cute…
FFEATURED

Read More
Methamphetamine use has significantly increased and remained elevated since the August 2021 Covid-19 lockdown. The chief executive of…