COP26: The New Zealander behind a global clean energy intiative

The biggest ever global coalition for clean energy announced at COP26 climate summit was organised by a New Zealander. 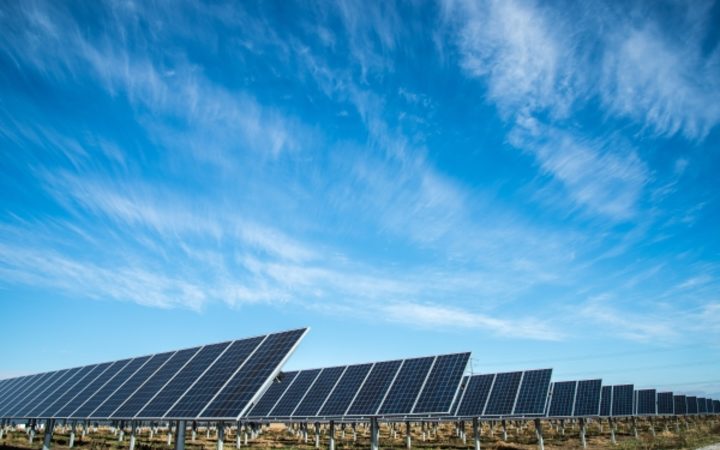 A ministerial steering group including France, India, the United Kingdom and the United States will lead the process to accelerate the construction of large solar power stations and wind farms, linked together by huge grids crossing national borders.

The group will also have representatives from Africa, the Gulf, Latin America and Southeast Asia.

Secretary-General of the Climate Parliament Nicholas Dunlop, who grew up in Wellington, came up with the idea several years ago with famed negotiation expert William Ury.

“He and I were brainstorming one day in a pub on the White Cliffs of Dover called the Hope Inn about how to improve global governance and came up with the idea of using the internet to help members of parliament work together more effectively.

“In a way our event launching the Green Grid initiative is exactly the sort of thing that we wanted to do when we had the original idea,” he said.

He said there needed to be a rapid transition away from fossil fuels to clean energy and this can be easily achieved if the right grids are in place.

“If you go to the best locations – like deserts for solar, windy coastlines for wind power, mountain ranges for hydropower – you’ve got absolutely no shortage of renewable energy.

“Link up all those places and you’ve got a totally reliable source of cheap energy that can power the world forever.”

He said current political vehicles were too slow and he hoped this initiative would allow nations to move faster.

Dunlop said more than 100 elected officials had signed up to the initiative but it was still unclear if New Zealand would participate.

Search continues for men overdue from fishing trip near Raglan

Read More
2.02am EST 02:02 What we learned today, Saturday 20 November Well, dear readers, Saturday evening is upon us,…
FFEATURED