Auckland councillors are being asked to step in over the safety of helicopter flights over Waiheke Island. 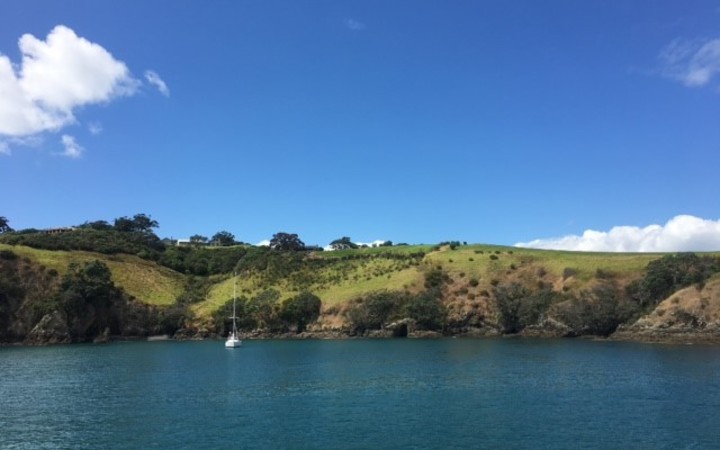 The council’s planning committee is considering calls to tighten up on flights and helipads.

Waiheke local board chair Cath Handley told councillors their own planners’ advice to take a back seat, is misguided.

“We don’t accept the planners’ assertion that … Civil Aviation Authority (CAA) has suggested the airspace is safe. They say, quote, ‘In my mind the situation is not completed at all but still in the early stages’,” she told the committee.

Councillor Daniel Newman questioned the call for non-expert councillors to step in, when CAA was in charge of the skies.

Handley said the “cheapest, fastest way” was for the council to seek a declaratory judgement on helicopter consenting from the Environment Court.

The committee adjourned without having time to vote on the helipad clampdown pleas from Waiheke, Aotea Great Barrier Island and Waitematā local boards.

Planners in their first major report on choppers in several years, told councillors they lack the power to step in on climate change under the Resource Management Act.

They could not take mitigating action as rules stand, and even after changes expected later this year to the RMA and council’s own Transport Emissions Reduction Plan, the loose regulation of helipads in the Gulf would not allow climate change to be factored in when considering consents, the report said.

Helipads come under a tighter planning category in the city than on the islands, but climate change impacts do not factor in.

“Our plans and policies are pretty clear, I think. We’re trying to encourage mode shift to low-carbon travel,” Bonham said.

Auckland’s Climate Plan calls for a 64 percent reduction in transport emissions by 2030.

Wellington at top of list for widespread shortage of psychologists

Read More
Auckland’s senior secondary school students did not rush back to class after their 10-week lockdown, according to the…
FFEATURED

Read More
Four people have been evacuated from a motor launch that is on fire off Wellington’s South Coast. The…
FFEATURED
Microsoft Corporation Chief Executive Officer, Satya Nadella, gestures as he addresses the Future Decoded Tech Summit in Bangalore…