People can already get Covid-19 vaccine boosters four months after their second dose instead of waiting until next month, the Ministry of Health has clarified. 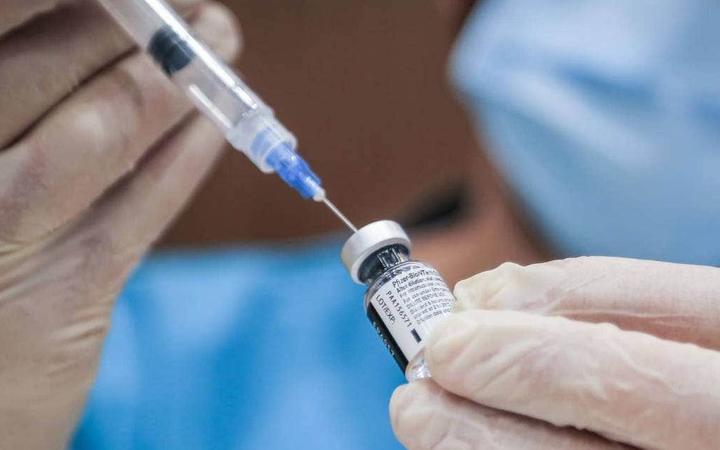 The government announced on Tuesday the waiting period between the second and booster shot would reduce, in January, from six to four months.

However, there was confusion about the rules after a top Northern Region Health Coordination Centre (NHRCC; a collective of the Auckland and Northland district health boards working on the pandemic response) staff member developed a standing order to override current Immunisation Advisory Centre requirements, which meant patients had to have a script from their doctor.

A notice about it was published online on Wednesday afternoon.

In a statement responding to question from RNZ today, the Ministry of Health’s National Immunisation Programme director Astrid Koornneef said that was actually unnecessary because of a legislation amendment.

She still said the booster rollout begins for walk-ins on 5 January, 2022, for anyone aged 18 and over who had their second vaccination four months ago. Online bookings will be accepted from 17 January.

However, the statement ultimately said: “If a person does want to get your booster over the holiday period they are advised to check with the local vaccination provider to ensure they have appointments and supply available”.

“Vaccination providers and staff across the country have been provided with information about the regulations to allow all those administering vaccines to give boosters to anyone who had gone four months or more since their second dose.”

For patients and frontline staff, it has caused confusion.

RNZ is aware of multiple people in Auckland getting their booster jabs within the four-to-six month window before officials made their clarifying statements today – including one Auckland woman who claimed they received their booster dose days before the government announcement on Tuesday was made.

Susan said she received her booster shot on Saturday when she took her elderly parents to get theirs and was offered it.

“When I went to get the injection, they weren’t all too keen to give it to me – they went away and checked on it and it took about a good five minutes and then they came back and said it was OK,” Susan said.

The ministry and NHRCC have been asked how this was allowed to happen.

One Auckland man said he lied about the date of his second vaccine when booking online and was never questioned. He said it was “easy” but also “sneaky”.

He was vaccinated within minutes of the government’s announcement being made on Tuesday.

“I don’t think they care after the announcement,” he said.

Another woman, who received her second dose four-and-a-half months ago, visited the Unichem Pharmacy on Ponsonby Road on Wednesday to see if she could get a booster through doses that were about to expire so it would not go to waste. She was turned away.

However, she got it there on Thursday – the pharmacy even having a sign out front advertising their availability to give booster vaccinations. It was taken down by the time she returned to try take a photo of it for RNZ.

A vaccination staff member from the pharmacy told RNZ they had been giving people booster shots but had “basically run out of stock”, which was “absolutely” the result of people coming in for Covid-19 boosters.

They said it was frustrating there has been “so much” conflicting information since the government’s Tuesday announcement about both the rollout starting in January but also the ability to start now.

Ben Latty from Wellworks Pharmacy in Wellington, agreed, earlier telling Morning Report he had been fielding dozens of phone calls from people wanting their booster dose.