Covid-19: Government works to get 14 people into MIQ after identity verification error

The government is trying to get 14 people into managed isolation, who missed out in the recent lottery because their identities could not be verified. 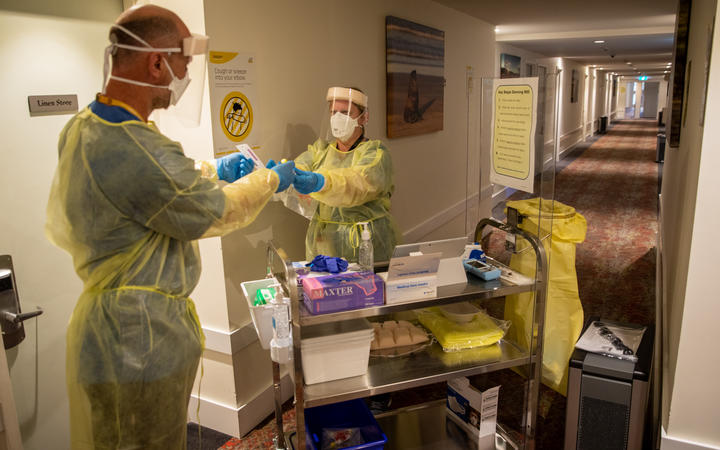 A feature was introduced to the booking system in early December, verifying people as having a legal right to enter New Zealand before they secured a room.

So far, it has worked for 20,000 people, but National MP Erica Stanford has criticised the IT system that communicates with Immigration New Zealand to verify visas, saying it does not work.

Managed Isolation and Quarantine associate deputy secretary Andrew Milne said they know of 187 people it has not worked for – including 14 people in the most recent room release on 6 January.

Milne said they are working to offer that group MIQ vouchers.

He said they are also working on a manual verification feature, which should be in place before the next room release.

Milne earlier said the visa verification was added to ensure people have the authorisation to arrive in New Zealand before booking a room, and so that rooms are “optimally used”.

“Previously people would be able to book rooms even without the right to enter New Zealand. If they failed to show up those rooms would not be occupied. It also helped us combat the issue of a small number of incidents where fake passport details were being used to book a room,” he said.

Auckland Lantern Festival to return with a roar

State AGs appeal dismissal of their antitrust suit against Facebook

FFEATURED
The economy isn’t the only concern billionaire Ray Dalio has on his mind lately. Like many others, he’s…
FFEATURED
By Frances Mao BBC News, Sydney Image source, Alamy Image caption, Sky News Australia has been criticised for…
FFEATURED

Read More
People are urged to not swim in the Manawatū River in Palmerston North, after four drownings in recent…