Covid-19 in Australia: More than 100k new cases reported in one day

The number of new Covid-19 cases announced across Australia has reached the 100,000 mark today, including more than 50,000 new cases in Victoria. 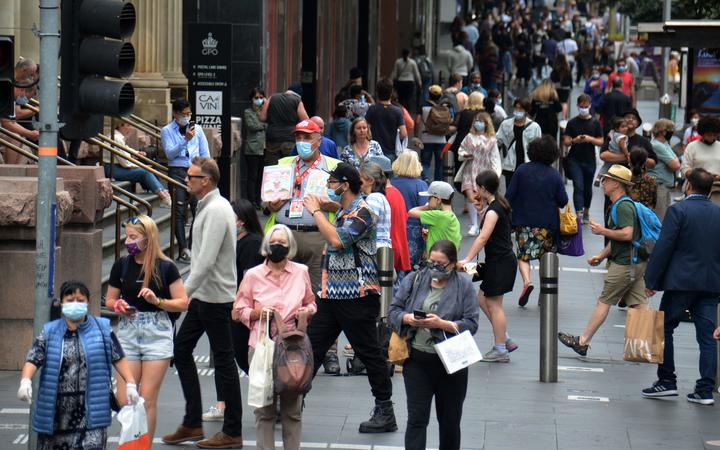 Victoria has reported 51,356 new cases today and nine deaths, with 644 people in hospital, including 106 in ICUs. More than 89,000 tests were carried out during the reporting period.

The Victorian total included rapid antigen test results from previous days, which could only be entered through a website from Friday, authorities added. Today’s figures include about 20,000 from tests taken earlier this week.

Growing clusters in the state have now been linked to the Beyond the City New Year music festival and the MCG Boxing Day Test.

There have also been 45,098 cases and nine deaths reported in New South Wales, with 1795 people in hospital and 145 in ICUs, while South Australia has reported 4274 cases.

There have also been 594 cases in the Northern Territory and 2223 new cases reported in Tasmania.

With another 11,174 cases in Queensland and 1305 cases in South Australia, there have now been more than 116,000 cases reported across the country today.

Tasmanian Premier Peter Gutwein said the virus was spreading “predominantly across a younger, more mobile population”, and has called for people to “be sensible”.

A former Australian prime minister is one of the tens of thousands of new cases reported today, with Malcolm Turnbull testing positive.

Like hundreds of thousands of other Australians I have tested positive for covid. Symptoms moderate so far. Isolating as required. This pandemic and especially this latest wave has put our health professionals under enormous pressure – please be polite and considerate ….

Australian leaders have been urging the country to move on from a strategy of stop-start lockdowns now that more than 90 percent of the population aged over 16 fully vaccinated.

But state leaders have been reintroducing restrictions amid exploding case numbers, mostly of the highly transmissible Omicron variant. New South Wales has cancelled non-urgent surgery to clear hospital space for Covid-19 patents and resumed a ban on dancing and drinking while standing up in bars, measures to slow the spread

Read More
More than 700 children and teens have had Covid-19 in the latest outbreak, about half of them under…
CCovid-19