Auckland’s Covid-19 lockdown is highlighting “ridiculous” and “arbitrary” Pharmac rules that are restricting access to a safe sex drug common to gay men. 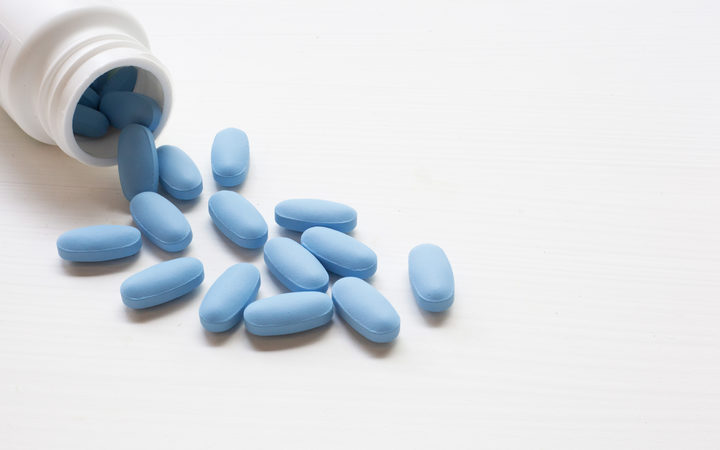 Pre-exposure Prophylaxis, better known as PrEP, is a pill taken to reduce the risk of contracting HIV. If taken once a day, it reduces the risk of HIV infection by 99 percent.

Auckland surpassed three months in alert level 3 or 4 restrictions last week, meaning gay men, and other men who have sex with men (MSM), or transgender people, in the region should not have been having casual sex at all, ruling them ineligible for funded supply renewal when their stock runs out.

A doctor could still prescribe PrEP for the patient to self-fund, which the New Zealand Aids Foundation estimates costs about $183.45, plus additional pharmacy fees, for a 90-day supply.

James, which is not his real name, did not know he would technically be ruled ineligible for funded PrEP until approached by RNZ for this story.

The 27-year-old who lives in central Auckland had not been sexually active since before Auckland went into lockdown in mid-August and he did not renew his prescription when his supply ran out.

“Honestly, financially, I probably couldn’t afford [to self-fund],” he said. “I would try and look at every road possible to not pay that.”

“I’d probably just try and find another GP who would be able to prescribe it to me,” he said. In trying, James would likely be successful because it is known some patients and GPs lie to access funded PrEP – even before Covid-19 restrictions impacted things.

James admitted he had lied before. “I’ll just tell my doctor, ‘Yep, I’m at risk, I’d had unprotected sex, I’ve been a bottom [receptive sex]’, whether that’s true or not, because I know he’ll tick the boxes I need to get it.”

“You have to go through the rigmarole of lying to your doctor, or saying the right things to get this drug, which is messed up.”

One Auckland-based GP, who spoke to RNZ anonymously, said doctors used the Pharmac criteria as more of a guideline than a “black and white rule”, with lying a “well established practice”.

“From a risk minimisation thing, it’s still appropriate for someone to get it even if by the rule they haven’t quite met the criteria.”

Once Auckland hit the 90-day lockdown mark, and going forward until restrictions allowed for casual sex to happen, it meant “everybody has to either lie, or you know, exaggerate the truth”, they said.

“It makes it more ridiculous to have a rule like that when it’s not being followed, or it requires the person accessing it to lie.”

“It would be horrible to think that people that need it are not accessing it because of that arbitrary rule,” they said.

“There is this presumption that if you’re gay, you are on PrEP.”

Beyond the lying, there are other criteria PrEP users must meet – including being tested for HIV, syphilis and a full STI screening – every three months, when they renew their prescription.

University of Auckland’s Dr Peter Saxton, one of the country’s top sexual health researchers, said this made PrEP users “in some ways … the most screened population in the country”.

There are some concerns that those taking the drug have a higher rate of STI incidents, but Saxton said the regular screening meant the risk was being managed.

James said he “would never” have unprotected sex unless he was taking PrEP. “And generally, I would at least ask if the other person was also on it.”

“There is this presumption that if you’re gay, you are on PrEP, ” he said. But it was “unnerving” to know there could be a large portion of the eligible MSM population not on PrEP post-lockdown.

“I didn’t know you have to be at-risk to have PrEP.”

The Auckland-based GP saw the repeat STI and HIV checks as a key component of the criteria for funded PrEP.

They felt there should be more of a focus on the testing as well as a discussion about if it was necessary for someone to be taking the drug, rather than specifics of their sexual activity, to know when it was and was not necessary to use PrEP.

This was echoed by Saxton, who said New Zealand could not get to a position where PrEP was seen as the only option to keeping safe from HIV but should instead be used in a combination approach with condoms. 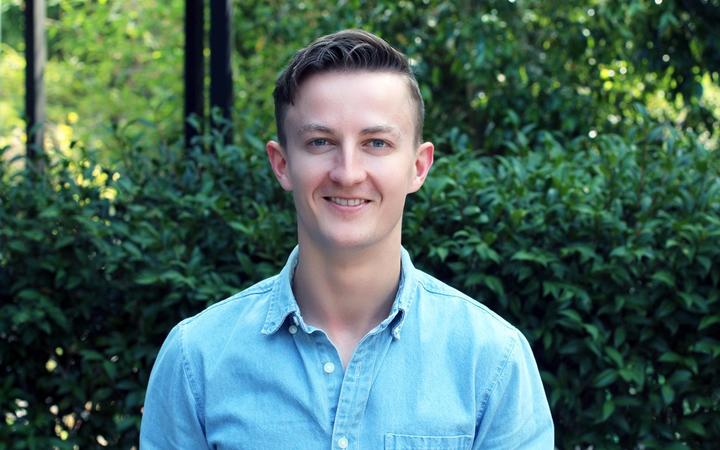 New Zealand Aids Foundation (NZAF) general manager Joe Rich said the drug needed to be positioned as “not a silver bullet or a one size fits all tool” but part of a comprehensive sexual health programme.

Rich said Auckland’s lockdown emphasised how complex access to PrEP could be; life not being as straightforward as following Pharmac’s rules.

Dr Massimo Giola, a member of the New Zealand Sexual Health Society executive, said PrEP is “a public health tool to drive down HIV incidents at the community level” but was more hesitant about its use being popularised over condoms.

“Maybe that’s because I’m a gay man myself and my own generation effectively stalled HIV using condoms.”

“You could kind of look at it like a gay … version of the female pill.”

“We’ve been conditioned to it through our sex lives that HIV is a serious risk,” James said. “[PrEP] It’s keeping us safe.”

He said it “didn’t quite make sense” that gay men, MSM, or transgender people, “have to be in a risky position to protect” themselves.

“Why are we continually having to jump through hoops as a community to just get the same? It’s not a privilege to have sex … it’s a right to have safe sex so why are we being made to, again, fight for ourselves,” James said.

“You could kind of look at it [PrEP] like a gay … version of the female pill.”

Saxton agreed there were parallels between PrEP and oral contraceptive pills; most notably them each being a preventative. However, women did not have to be having sex to access the pill.

“We already know that Pharmac funds medication and devices to avoid preganancy, vaccines against HPV, so this is really no different to any of those.

“Plus, we have this incredibly significant problem, which is a global HIV pandemic,” Saxton said. The first outbreak began in June 1981.

“I think some people who feel uncomfortable with the idea of gay and bisexual men having access to this incredibly effective HIV prevention medication maybe ought to examine, I guess, unconscious biases that they have around either gay men, or sexuality, or sexual behavior.”

“No one loses if we have safe, easy, equitable access to PrEP.”

It is clear that who is seen as high-risk of contracting HIV in the eyes of Pharmac is a narrower group of people than seen by other health professionals and users of the drug.

“Is it because we are a minority and we’re just not a priority for people,” James asked. “No one loses if we have safe, easy, equitable access to PrEP.”

Rich said NZAF had been advocating for multiple years for Pharmac to widen its rules, particularly looking at it being prescribed on prospective risk rather than previous risk.

The drug-buying agency’s Anti-Infective Subcommittee endorsed this last year, he said. However, no change had been made yet.

The Auckland-based GP felt this would be “practical” and there should be an emphasis on conversations about the use of PrEP rather proving a need.

“Speaking for myself, I don’t even really explicitly ask someone … whether they’ve had unprotected sex in the last few months,” they said.

Pharmac began funding PrEP in March 2018, making New Zealand one of the first countries in the world to publicly fund it.

Rich said the criteria made sense at the time.

“At a cost of $800 a bottle it needed to be tightly targeted,” he said. But the drug now costed about $60 a bottle (30-day supply) “and there’s no need for it to be so strictly controlled,” he said. 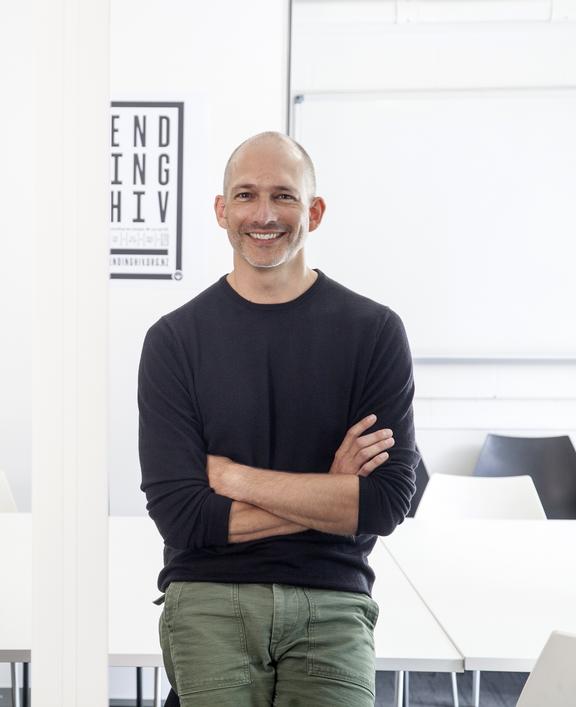 Saxton said things “absolutely” needed to change. “Widening criteria would have the benefit of increasing PrEP uptake, it would widen the number of people who could take PrEP.”

He said a change “had the ability at suppressing the ability of HIV to move around our communities”.

But Saxton said there were other accessibility issues to be addressed like increasing PrEP uptake among Maori, Pacific, and rural MSM.

Giola agreed, saying these wider concerns were more pressing for him than access to PrEP for Aucklanders in lockdown.

“If you try to find a GP happy prescribe PrEP in rural Eastern Bay of Plenty, or Tairawhiti, or Hawke’s Bay, or places like that – good luck with that,” he said.

He also wanted funded PrEP to be available to people currently not eligible because of their immigration status, which included people who were not New Zealand citizens, residents, or permanent residents.

Pharmac director of operations Lisa Williams said recommendations to change the rules were currently under assessment. “The next step is for us to complete our economic assessment and compare this potential investment to other investments options in other medicines.”

She said clinicians of Aucklanders whose access had been impacted by lockdown could apply for a special authority waiver if “they meet the spirit of the criteria but are unable to meet the technical requirements”. These are considered on a case-by-case basis.

For James, he just wished access to PrEP would be made easier.

“Now having this conversation and realising that safety net I’ve had for a few years potentially could be gone … where does it leave us?”

“I’m going to go talk to my doctor now.”

'What do we do?' - Store owners frustrated over crime wave

Read More
As we look to the future of New Zealand’s Covid-19 response, there’s increasing talk about how businesses will…
FFEATURED
A person shows US dollars outside an exchange office, remained close since August 15th, following their reopening after…
FFEATURED

Read More
After five years in the planning, work has started on an $80m performing arts theatre in central Hamilton.…