Māori health experts say the government’s Covid-19 Māori Health Protection Plan is echoing what they have been saying for months, but it is better late than never. 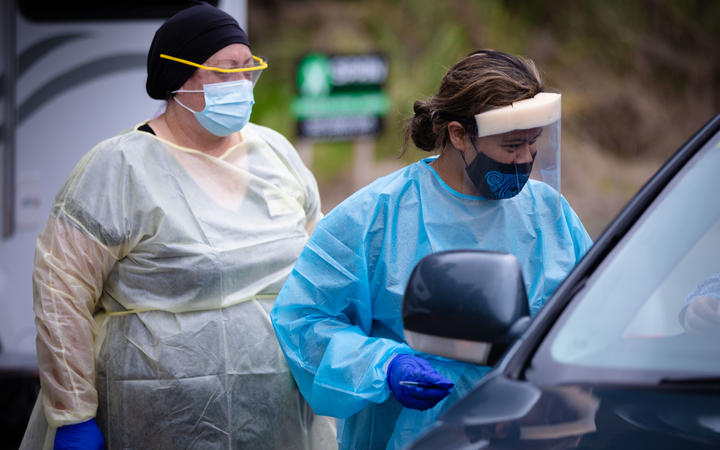 The plan, released last night, calls for the government to tailor Covid-19 vaccine messaging for rangatahi and increase funding to hauora providers to protect Māori from the virus.

It also outlined the stark disparity facing Māori during the pandemic.

Māori make up less than a fifth of New Zealand’s population, yet accounted for almost half of the cases during the Delta outbreak.

They were also the least vaccinated ethnic group in the country, and vaccination had been key to suppressing Delta.

Of the about 4700 cases among Māori since August, 41 percent had been among unvaccinated adults and 29 percent in those under 12.

Dr Harwood, a South Auckland GP and member of Te Rōpū Whakakaupapa Urutā, said the plan showed the government was listening, however long they took to come around.

“It is a little bit late and to be honest many of us working in the community, particularly in south Auckland and those other communities with large Māori populations, we’ve been doing the work anyway and waiting for the government to catch up.”

To do so, education would be targeted to rangatahi, as the most vaccine-hesitant group, and hauora contracts would be maintained – if not increased – and extended through 2022.

The plan was better late than never, considering 70,000 eligible Māori remained unvaccinated and the rollout to tamariki began in little over three weeks, Dr Harwood said.

“Now that the government has seen us step up and do it, and have to do it on our own without the support; they recognise that we play an essential role and they’ll get in behind us from now on.”

Māori Council national secretary Peter Fraser said there had been good advice and good intentions from health officials throughout the pandemic, but now it was time for political leaders to follow through on it.

“So the level of reluctance with the pediatric programme, we suspect, is going to be much higher than what it’s been with the adult programme or the teenage programme.”

Three weeks provided a lot of time for disinformation to reach parents and caregivers and that had to be countered, Fraser said.

“A critical issue between now and then is to make sure that hesitant whānau become less hesitant, not more hesitant, because if they become more hesitant they’re going to flip to ‘no’ – and that would be a disaster.”

The government’s success in that regard would be known within the first week of the rollout, as the data rolls in.

Read More
Experts say the government needs to prioritise more funding and health resources for South Auckland, which will remain…