New Zealanders in Australia say they feel like their country has turned its back on them following another setback in return travel plans. 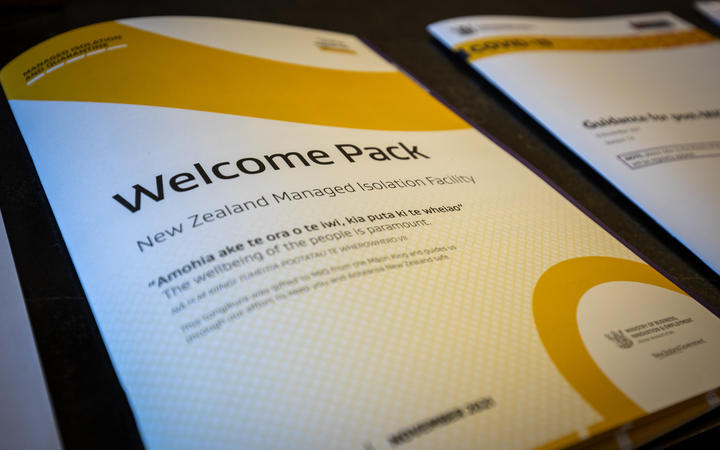 The government said it was working with them and airlines, but it could not include them in a release of 1250 Managed Isolation and Quarantine (MIQ) rooms for March and April yesterday.

Managed isolation authorities say no ‘red’ trans-Tasman flights – those needing MIQ – are scheduled for those months.

Grounded Kiwis, which represents New Zealanders overseas, said uncertainty over whether quarantine-free travel would restart next month had left people with no support and no answers on when they would see loved ones.

“You’ve got half a million New Zealanders that live in Australia, and many of them are still connected with their families in New Zealand, with next of kin, parents, grandparents, sisters, brothers, and so on,” group spokesman Martin Newell said.

“I would expect that a fairly large number of them will be desperate to come back, and similarly there would be hundreds of thousands if not millions of Kiwis – parents and grandparents that want to come to Australia and see their kids, see their grandkids, some for the first time.

“Where people do need to travel across the border, they are just desperate – the stories are heartbreaking, the mental toll that is taking on a lot of Kiwis is really tough and some of the cases are frankly very confronting to have to deal with.

“There’s very limited forms of assistance that many of these people are getting. A lot of people for various reasons need to get home and and they are really quite heartbroken to feel that they have had their country turn their back on them.”

Newell, who works in Melbourne after relocating from Hong Kong, said places such as Western Australia were virtually Covid-free, yet “pensioners there have been living in a caravan for five and a half months,” unable to return to New Zealand.

To enter yesterday’s lobby, travellers would have to fly to Singapore or Dubai first, he said, and the fact that airlines were not running any red flights in March and April between Australia and New Zealand showed the level of uncertainty that airlines were also experiencing.

To add insult to injury, there was social media abuse about those stuck offshore.

“During this whole pandemic the language has been about the team of five million, very focused on those that are in New Zealand. And I think an unintended consequence of that rhetoric has really created this hyper-partisan sort of view from Kiwis inside New Zealand viewing everyone outside of the borders as a threat.

Air New Zealand said in a statement it was working on the assumption ‘green’ flights – those not needing managed isolation – would restart at the end of February.

“Our hearts go out to customers who are trying to return home to New Zealand and face continued uncertainty, particularly over this holiday period,” a spokesperson said.

“We’re doing everything we can to get them home. The New Zealand government has signalled that MIQ-free travel for New Zealanders travelling from Australia is expected to resume at the end of February, and in response to this we are operating a schedule of green flights from Australia in March and April.

“We are awaiting further direction from the government on this. If a decision is made to extend the requirement for travellers from Australia to enter MIQ beyond the end of February, then we will update our schedule accordingly and ensure there are red flights available for customers to return.”

MIQ authorities said they were working with airlines in relation to schedules and future room releases as they dealt with the fall-out from the Omicron variant.

“MIQ is working to facilitate the return to New Zealand of those who travelled to Australia and expected to be able to return home and self-isolate,” said associate deputy secretary Andrew Milne.

“All people arriving in MIQ are now required to spend 10 days in a facility, which has had a significant impact on capacity across the MIQ system for January and February. In addition there are a number of groups that now need to be accommodated in MIQ in these months.

“Given the complexity of managing the Omicron and Delta variants, and facilitating the return of some Australian travellers, MIQ needs to closely monitor our operating capacity. For this reason the latest lobby is smaller than usual, and is focused on March and April.”

He asked those with MIQ vouchers they no longer need to cancel so their spot can be reallocated.

MIQ is focusing on:

MIQ and airlines were contacting those travellers to make arrangements for them to enter MIQ if they wish to return before February.

ACT leader David Seymour said the government should have already been in touch with airlines to enable New Zealanders to try for MIQ rooms yesterday.

“They must have known these flights would not be available weeks ago. Why they couldn’t take New Zealanders into their confidence, and treat us all like adults is a real mystery.

“Jacinda Ardern and Chris Hipkins owe Kiwis stuck in Australia an apology for leaving them stranded with no flights for today’s [Thursday] MIQ lottery. Yes Covid is hard but Labour are making it much harder than it needs to be. Families have been separated by border closures, children have missed the funerals of their parents, husbands and wives have been kept apart and businesses can’t get staff.

“It makes no sense that DJs can come and go but New Zealanders can’t come home at all. Chris Hipkins told the country those DJs got MIQ spots abandoned by those who thought they could come home and self-isolate from mid-January. I can’t imagine how angry they’ll be now they know they can’t get back in through MIQ either.”

'Biofortified staples is a no-brainer': How vitamin-enriched foods can be a ‘gateway’ to accessible nutrition

Read More
Gale force winds are playing havoc in parts of Canterbury this afternoon, with power out to thousands of…
FFEATURED

Read More
Pharmacists say they are stretched and tired, providing Covid-19 vaccines and passes on top of their usual workload.…