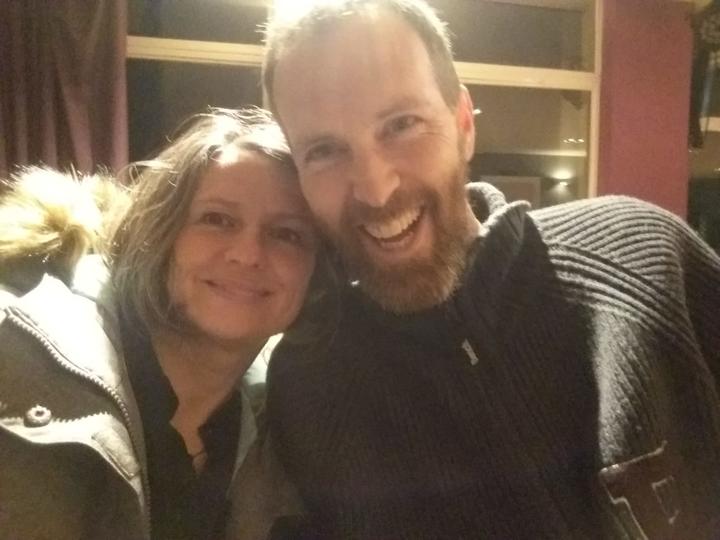 Mask free at the pub – Joanna MacKenzie and Ben Clark in the UK Photo: Supplied

When Joanna MacKenzie goes to hot yoga classes inside a blow up tent near her home in Cambridge, England, there’s no mask in sight and not a lot of social distancing.

Yet, outside the tent, around 200 people are dying and 38,000 more are getting Covid-19 every day. And many European countries are bringing back restrictions as they battle another wave of the virus.

MacKenzie, a journalist, moved from Auckland to Cambridge with her husband and two young daughters just before the pandemic hit

Life has been pretty weird, she says, but people are now embracing their Covid rules-free world.

“It looked like a scene from the movie, Love Actually, when I got off the train the other day. There were people everywhere, coming and going.

“It was so exciting and Christmassy. It’s getting cold and dark and there’s lights everywhere.

“It feels like it’s going to be a very different Christmas because of course we were in lockdown for the whole of November last year and then there was a kerfuffle about Christmas. It was totally confusing.”

Today, The Detail’s Sharon Brettkelly calls on friends and family in England and the US to get a taste of what living with covid might look like down the track.

New Zealand’s double dose vaccination rates are creeping up to nearly 70 percent of the total population, slightly more than the UK and the highest vaxed parts of the US, such as New York.

While Aotearoa is counting down to a summer of greater freedoms under the new traffic light system, most other parts of the world are closer to pre-Covid normality. 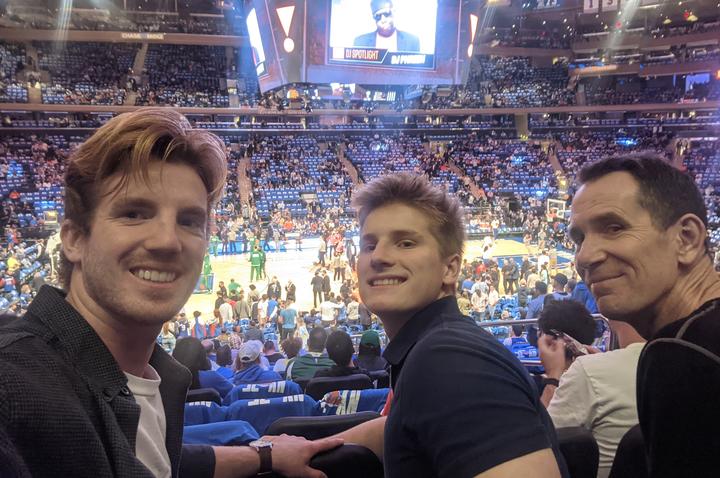 Kevin Coldiron (far right) and his sons Jackson (left) and Cy at a basketball game in New York. Photo: Supplied

But …. “what do you mean by normality?” asks Kevin Coldiron.

He describes the shock of landing in Los Angeles recently, after 10 months living in New Zealand with his youngest son Cy and his wife, Jody Brettkelly.

“When we went to New Zealand it was like we were escaping this kind of war-torn country, the insurrection where people took over the Capitol.

“When we flew out of LAX it was like a ghost town, and then we arrived in New Zealand and once we cleared the MIQ, you were back into the real world.

“It was the reverse going back,” Coldiron says.

Shortly after, he was among 20,000 others – mask free – at a basketball game in New York. Vaccination cards are checked at any public event in the city, as well as restaurants, but attitudes to mask-wearing are relaxed.

Back home in the Bay Area of California, he says many of his friends still work from home doing meetings on zoom, and students and teachers have to wear masks in class.

He believes New Zealand should take heart from its high vaccination numbers and relax its conservative approach.

The Detail also talks to Heather Mandow at her small town in England. She is double-vaxed and has had a booster shot but still does not feel comfortable about getting on a train to attend live events in big cities. 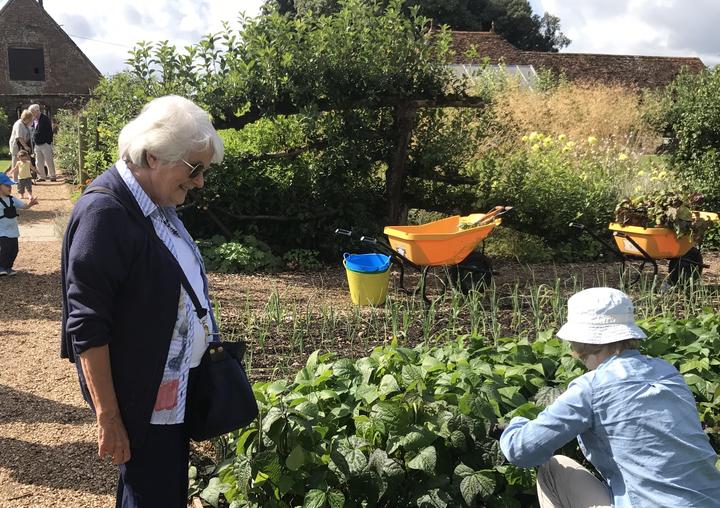 Heather Mandow near her home in Petersfield in the UK. Photo: Supplied

“I think the mood of people I meet is becoming much more relaxed,” she says.

“We’re told though that we’re not out of the woods yet, we’re continually told this from the medical point of view. And the figures that we watch on the television every night for people catching covid and being admitted to hospital and even dying from covid, they’re still alarming and rising.

“So the danger or the anxiety is still there.”

Read More
Iwi leaders in Tairāwhiti want assurances from the government that their region will be protected from Covid-19. Photo:…
CCovid-19