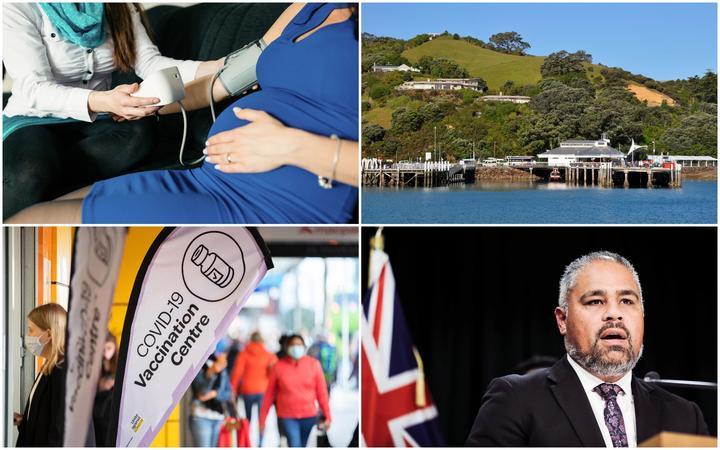 The Ministry of Health reported a record-high 94 new community cases of Covid-19 in the country today, the highest daily total since April last year.

Of today’s cases as at 10am, 41 are linked – 26 of which are household contacts – and 53 are unlinked, the ministry said in a statement.

There are 38 people in hospital – eight in the North Shore, 12 in Middlemore, and 18 in Auckland. Five people are in ICU or HDU.

A total of 183 cases from the past 14 days remain unlinked.

The ministry said there were 2039 contacts.

A total of 16,921 tests were processed around the country yesterday, 12,688 being in Auckland.

As of this morning, there were 439 locations of interest.

A person on Waiheke Island has tested positive for Covid-19, becoming the first case to be diagnosed on the island.

Waiheke Local Board chair Cath Handley said health authorities informed her of the case this afternoon.

She said the person had been tested for Covid-19 on the mainland in Auckland, but travelled to the island instead of isolating.

They travelled by the Sealink car ferry and stayed in their vehicle, she said, then went to a residence on the island and had no contact with anyone.

“So there aren’t any locations of interest on Waiheke island for us to be concerned about. But I guess, that raises a whole lot of questions about if the person had gone with Covid-19 symptoms and got tested, why they travelled, after they got the test, and why they came here and why they’re now allowed to self isolate here.”

Health officials told Handley the person will isolate at a house on Waiheke.

In Auckland, 89 percent of the eligible population has had one dose of the vaccine and 72 percent has had both doses.

Auckland Mayor Phil Goff told Morning Report there has to be a price to pay for not getting vaccinated, as the region heads into another fortnight of level 3 restrictions.

The government is heading towards a different approach to managing Covid-19 when vaccination rates are high, and Covid-19 Response Minister Chris Hipkins said a vaccination target of 90 percent would feature “prominently”.

Goff said a target of 90 percent double vaccinated effectively means 94 percent having at least the first dose and that was “very aspirational”.

“We need to maximise the number of people being vaccinated but we can’t wait for the last reluctant person to be vaccinated before we decide that it’s safe to relax the restrictions.”

There had to be sanctions alongside encouragement and incentives, and good access to vaccines, he said.

Home isolation could result in greater spread of the virus – doctor

A South Auckland doctor is warning home isolation could result in greater spread of the virus particularly in areas where homes are overcrowded and vaccination rates are low.

People with Covid-19 will soon be asked to quarantine at home, rather than being ushered to a managed isolation facility.

But the idea appears to have been progressed without any consultation with the communities who would be harmed by the decision, Manukau GP Api Talemaitoga told Morning Report.

“I do not see any Māori or Pacific clinical leadership around the planning of this and it just shows we haven’t learnt from our lessons, that we still [think] that one size fits all is going to work for everybody.”

Talemaitoga said you couldn’t isolate someone at home when ten people live in a three-bedroom house.

“It’s dangerous because these are exactly the people who have lower vaccination rates and live in overcrowded houses. The risk of spread is just very high.”

Henare said over the past two weeks, prior to Super Saturday, he travelled to a number of DHBs and saw great work but identified a number of challenges.

He asked those who were not on board for their help. “Our whānau need you and to many of them you are the trusted person that will be key to them making an informed decision about the vaccination.”

Significant funding had already been provided to Hauora Māori to support and build capability for the vaccine programme, he said.

Henare said an announcement will be made later in the week regarding support for the Māori vaccination effort.

“We’ve seen the threat that this current Covid-19 outbreak is to the wellbeing of Māori communities with a total of 560 Māori cases recorded. In the last two weeks, Māori have made up 45.7 percent of total cases vs 28 percent throughout the entire outbreak. Although sobering, these numbers reinforce why vaccinating our communities is so important.”

“So I say to the Māori people, Covid-19 is on the doorstep of your houses, do not let it enter and the best course of protection still remains for us to vaccinate our people.”

Prime Minister Jacinda Ardern said they’ve always been concerned with creating a space where it can be interpreted that there’s room for people to be left behind. They’ve been thinking about Māori vaccination rates in the work they are doing ahead of Friday.

She said the work going on right now with Māori providers and the government needing to make sure it provided all the resources required, was critical.

The New Zealand College of Midwives believes women’s health is being sidelined by the MIQ booking system.

It has joined calls for expectant parents to have easier access to bookings – and said midwives urgently need allocations as well.

Last week RNZ reported expectant couples, trying to reunite before their baby arrives, were getting caught up in the MIQ booking bottleneck.

New Zealand College of Midwives Chief Executive Alison Eddy said it was extraordinary there was not already an emergency allocation category for pregnant women or their partners.

“Policies that remove support for women during pregnancy, birth and in the postnatal period are inherently risky,” she said.

She said all efforts need to be made to ensure that the situation was remedied as soon as possible.

Addington Cup Week to go ahead without the public

For the first time in its 117-year history Addington Cup Week will not be open to the public.

Organisers of Cup Week in Christchurch had hoped the South Island would have dropped to an alert level without restrictions in time for the event in the second week of November.

Addington Raceway chief executive Brian Thompson said the races go ahead but without the crowds.

The Canterbury A&P Show, one of the events that makes up Cup and Show Week, was cancelled earlier this month for the second consecutive year.

The raceway will suffer a close to 20 percent hit on its finances due to the public being closed off from the racing.

What will the 2025 end of life mean for enterprise Windows 10?

FFEATURED
WASHINGTON — A thirteenth U.S. service member has died from his wounds and the number of injured has…
FFEATURED

Read More
The University of Auckland enrolled a record number of students and made a multi-million-dollar surplus last year, despite…