Dame Jane Campion has received the Academy Award for best director for “The Power of the Dog,” becoming the third woman in the Oscars’ 94-year history to take home the prize. 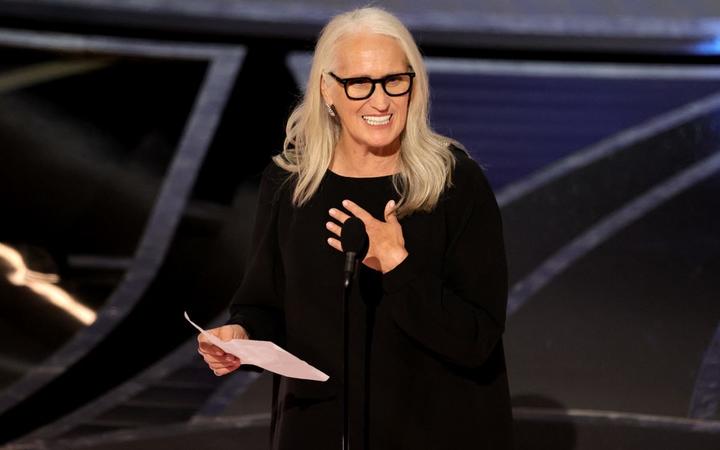 Jane Campion accepts the Directing award for “The Power of the Dog” onstage during the 94th Annual Academy Awards on 27 March, 2022. Photo: 2022 Getty Images

The New Zealand native joins Kathryn Bigelow and Chloe Zhao as the only women to have received the honour for directing.

“I love directing because it’s a deep dive into story, yet the task of manifesting a world can be overwhelming,” Campion said in her acceptance speech, which she read from a sheet of paper.

“The sweet thing is I am not alone,” she added, and then thanked her film’s cast and crew.

Campion, 67, was nominated previously for her 1993 drama “The Piano.” She lost the directing award that year to Steven Spielberg, who landed the trophy for “Schindler’s List,” but won the Oscar for best original screenplay. 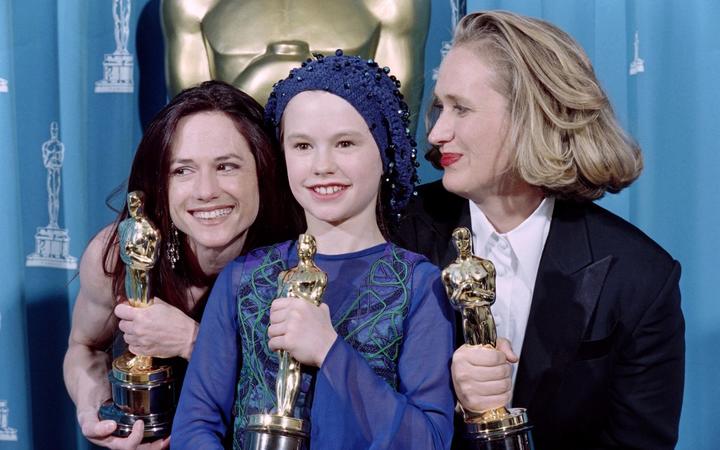 New Zealand’s director Jane Campion alongside US actresses Anna Paquin and Holly Hunter with their Oscars awards for “The Piano” on 21 March, 1994. Photo: AFP or licensors

Spielberg was in the mix again this year for his remake of classic musical “West Side Story,” as was Kenneth Branagh for his semi-autobiographical drama “Belfast.”

No woman besides Campion has been nominated for best director more than once. She recently described herself as “the grandmother of the women’s movement in film.”

“Power of the Dog” is a tale of machismo and revenge set in 1925 Montana and based on a 1967 novel by Thomas Savage. Shot in New Zealand, the movie stars Benedict Cumberbatch as a cruel, twisted ranch owner who sets out to torment his brother’s new wife, played by Kirsten Dunst.

The movie was Campion’s first since 2009. She recently worked in television, creating and writing acclaimed drama series “Top of the Lake.”

New Zealand Film Commission chief executive David Strong told Checkpoint Campion’s win, with all the other awards for The Power of the Dog recently, had shone a spotlight on the depth of talent, skills and locations in New Zealand for film.

“The government put $8 million into this film, plus the Netflix investment led to around about $28 million being put directly into our economy. And about 60 percent of that money went directly to service industries – accommodation, rentals, building construction, electrics, et cetera.

“We understand that because the film was made over the first Covid period, it actually saved a number of service industries. I think it’s a big win for the country.”

In the spotlight: New Zealanders at the Oscars through the years

Read More
While all the focus has been on Covid-19 over the past two years, another highly-infectious disease has been…