A Northland intersection – where students were injured in a bus crash – is yet to change, despite investigators’ advice. 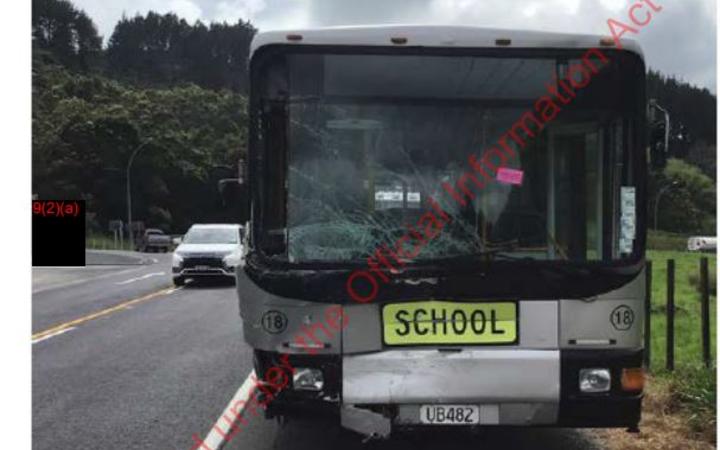 A bus carrying Otamatea High School pupils crashed into a car at the corner of State Highway 1 and 12 Dargaville turn-off in the Brynderwyns, in October 2020.

Some students were concussed, five people were taken to hospital in a moderate condition and others were treated at the scene.

The 78-year-old bus driver was later convicted of careless driving.

Waka Kotahi commissioned a Serious Crash report – completed more than a year ago – and now released to RNZ under the Official Information Act.

It said the left turn from State Highway One onto State Highway 12, going north, was “poorly designed” and signs needed to be moved.

It said vehicles could turn at “high-speed”, and a traffic island made it “unclear who has priority”.

But changes have not been implemented yet, and in a statement, Waka Kotahi said the intersection was still under review, in the ‘Road to Zero’ programme.

“This is currently at the detailed-design stage and as such Waka Kotahi is waiting on the outcome of this design work to ensure we make the most effective changes.” 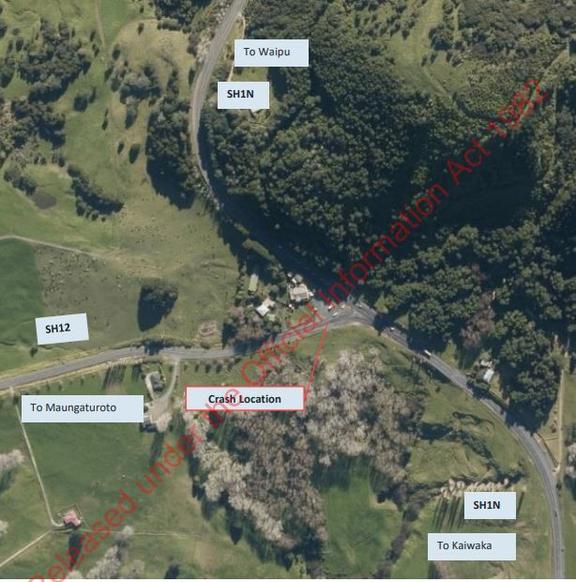 A map of the crash site. Photo: Supplied / Waka Kotahi

Kaipara deputy mayor Anna Curnow drives through the turn-off at least once a week.

She considers it one of the most dangerous intersections in the district.

“Anyone who lives in Kaipara is well aware of that corner and that it is dangerous. There’s fast-moving traffic, there’s a cafe and the driveways and the school bus drop-off point and changing speed limits. Personally every time I drive through it, I take extra, extra care.”

Curnow said she was glad Waka Kotahi was working on changes.

“It desperately needs the safety improved. My concern at the moment is that it is taking so long and while the rest of us should slow down through that intersection, I would encourage Waka Kotahi to speed up, on their work on it.”

Besides the bus crash, Waka Kotahi data shows in 2010 there was a fatal crash at the corner, a serious crash in 2012, and since then, there have been a handful of minor crashes within 100m.

Drivers are meant to reduce their speeds from 100km/h to 60km/h around the turn-off but residents told RNZ many drivers did not slow down.

Local resident Kerry Underwood has farmed just down the road, for 35 years.

She told RNZ the corner was only getting busier, even in the pandemic.

“And especially with the big traffic as well, logging trucks and couriers. But especially – because Auckland came out of Covid – the road’s been hectic as well, this past week.” 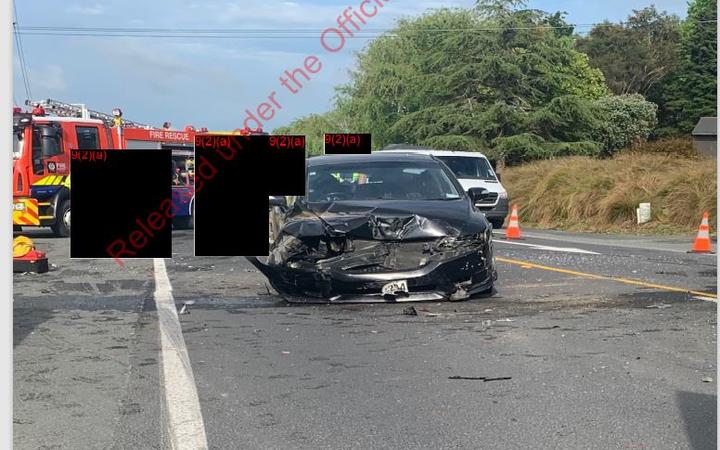 In her view, the busier the highways get, the harder it is to turn on and off them – and people lose patience waiting.

“You sit there for a bit, because they come so fast around that top corner – you could be halfway across the road.”

Another farmer – who RNZ agreed not to name – felt the same.

“The number of cars just coming up here now – you can be sitting there forever to get out,” she said.

“Some people just get so angry, they just pull out. It’s quite dangerous. They see a small gap and they just go.”

Read More
Police have named the man who died early on Saturday following a shooting incident in Avondale. He was…
FFEATURED

Read More
A bucket missing from Wellington’s famous Cuba Street fountain since October has been found. Missing bucket at fountain…