Tokomaru Bay locals are demanding action and assurances from the government, after their community was cut in two by severe flooding. 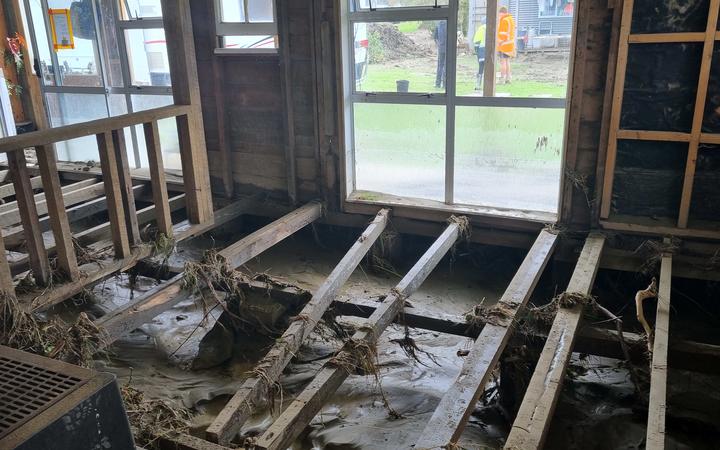 Sheryll Whaitiri’s house was only days away from being repaired by builders from an earlier flood when this flood hit. Photo: RNZ / Tom Kitchin

The town has been cut in half by the destruction of a bridge on the main highway.

Nearby on Arthur Street, by the Waiotu Stream, digger operators are hard at work beside homes that have been destroyed.

Since then, she said she had been waiting for builders to come and “put it back together”.

“But that’s been nine months, so we’ve been living in friend’s B&Bs for five months, and then we purchased a caravan.”

She escaped the caravan just as the floods started, as the caravan when tumbling down into the stream.

The builders were due to start work on Friday, but just three days before that the skies opened.

Whaitiri said the damage was worse this time around.

But she was trying to keep upbeat.

She said she had shed a few tears, but “had a few beers” too. 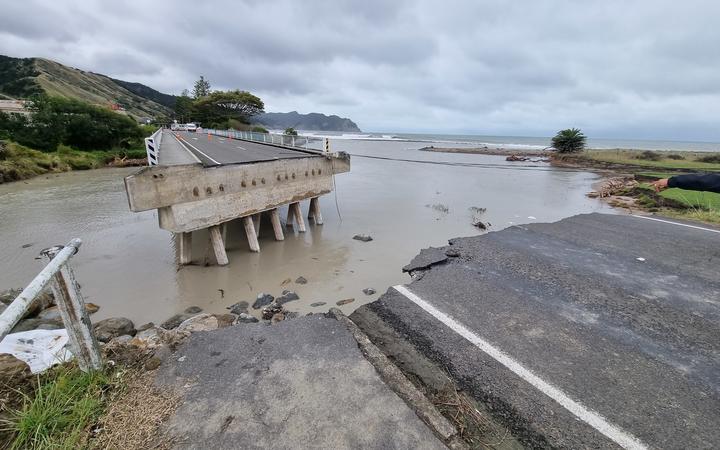 Party of the bridge on the main highway has washed away, cutting of Tokomaru Bay in two. Photo: RNZ / Tom Kitchin

A few doors down, Sandra Coleman’s home was also full of silt.

Now it had happened for a second time.

Its tumuaki – or principal – is Herena Paranihi said the flood had destroyed a totara tree that had been there for 120 years.

“As a result of that, the whole bank has come down which is now 0.5 of a metre from our fence to our basketball court.”

She was waiting on risk assessments to see if it was safe to go back. With the bridge out she’s also had to find other ways to get across the awa.

“We walked the river in a safe part of the river which is just below my knees. Many of our mokopuna and whānau have rode horses across the river, in order to get stores for their whānau on the other side.” 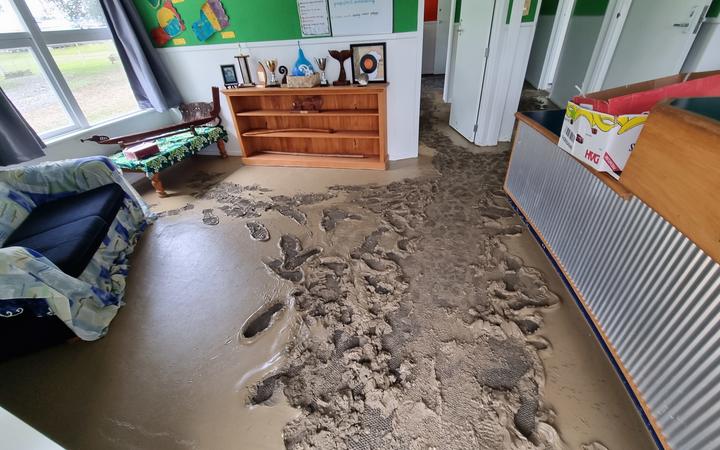 Hatea-A-Rangi School has been damaged by floodwaters or the second time in nine months. Photo: RNZ / Tom Kitchin

Lillian Ward – representative for the hapū Te Whanau a Ruataupare and Te Whanau a Te Aotawarirangi – had a strong message for the prime minister as she inspected the damage.

“Every time there is a weather event, there’s at least one community on the East Coast that is cut off from the community and services. That’s not good enough. State Highway 35 needs lot of investment by the government.”

Jacinda Ardern said there had been a “significant” amount of investment from the Provincial Growth Fund in the area.

But she admitted there were “significant infrastructure issues that over decades have needed ongoing maintenance and care”,

“There’s a lot of work being now done to try and make sure we’ve got a bit of resilience in that infrastructure,” she said.

Shooting to wound 'something from the movies' - Coster

Read More
A Christchurch high school teacher who discussed sexual acts, drug use and his students on a podcast has…
FFEATURED

Read More
NEWYou can now listen to Fox News articles! One thing about Americans: they love Australia. Most Americans have…
FFEATURED

Read More
Greater Wellington Regional Council is looking to develop housing on land it owns near public transport stations. The…