A start-up company offering a method to clear fog at airports has received government backing. 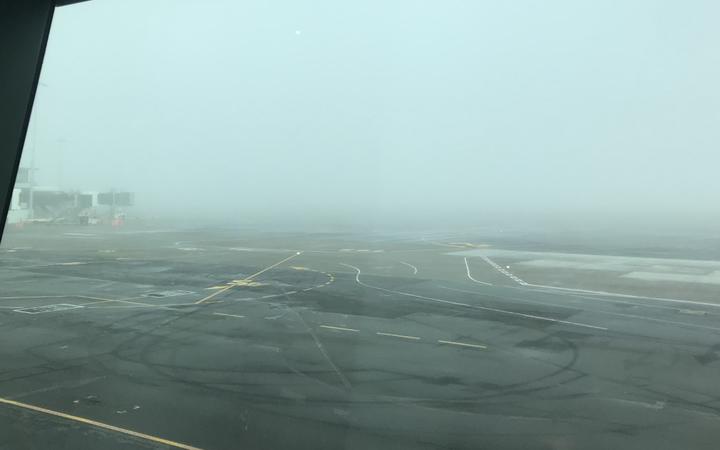 Christchurch-based company Pyper Vision is developing a spray that can absorb moisture from the air quickly, clearing fog.

It aims to ease flight disruptions such as the three day backlog in flights at Wellington Airport last week, when fog rolled in on Tuesday afternoon, and didn’t ease until Thursday afternoon, affecting more than 200 flights.

The team is being assisted by the Government’s Airspace Integration Trials Programme, which aims to support the adoption of new aviation technology safely into the existing transport system.

Research, Science and Innovation Minister Megan Woods said the spray could help make fog delays a thing of the past.

Fog delays at airports cost exporters, airlines and airports significantly, and result in more carbon emissions because of extra fuel spent on diverted flights, as well as causing significant frustration and inconvenience to travellers, Woods said.

“Pyper Vision is developing a solution that disperses a safe water-absorbing environmentally-friendly product via drone … so that pilots and air traffic controllers can operate safely.

“A critical area of sky can be cleared in as little as 10 minutes. It’s a simple idea that could solve a multi-billion dollar problem.”

Pyper Vision was set up by aviators and has carried out more than 200 tests in New Zealand and Australia so far.

The firm said fog accounts for nearly 30 percent of weather delays at airports, and is difficult to plan for, making a way to clear it invaluable.

Its next steps include more testing at airports throughout New Zealand, with the hopes of later marketing the technology internationally.

Match of the Day: How Christian Eriksen has 'totally transformed' Brentford

Read More
It was a year we’ll never forget, and 2021 brought us no shortage of memorable images. From mass…
FFEATURED
Florida Governor, Ron DeSantis holds a press conference to announce the opening of a monoclonal antibody treatment site…
FFEATURED