Germany reported a record 50,196 new cases of coronavirus on Thursday, the fourth day in a row it has posted a fresh daily high, as a wave of Covid-19 infections sweeps the country. 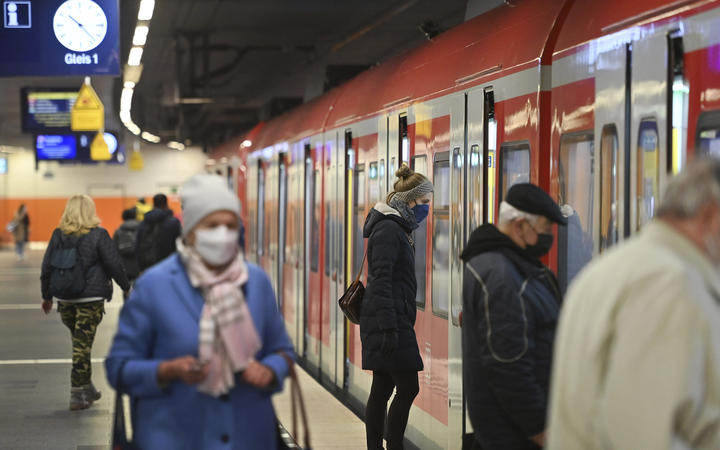 The total number of confirmed coronavirus cases is now 4.89 million and total deaths rose 235 to 97,198, according to the Robert Koch Institute public health authority.

The institute reported a rise in the coronavirus seven-day incidence rate – the number of people per 100,000 to be infected over the last week – to 249 from 232 on Wednesday.

The three German parties in talks to form a coalition government by early December have agreed not to extend a nationwide state of emergency, despite a fourth wave of infections.

Instead, they presented a draft law on Monday that would amend existing legislation to allow for measures such as compulsory face masks and social distancing in public spaces to continue to be enforced until next March.

The draft law is due to be presented to the Bundestag lower house of parliament on Thursday and voted on in a special session a week later.

Germany has administered at least 113,672,633 doses of Covid-19 vaccines so far. Assuming every person needs two doses, that’s enough to have vaccinated about 68.4 percent of the country’s population.

People aged under 30 in Germany should only receive the Pfizer Covid-19 vaccine as it causes fewer heart inflammations in younger people than the Moderna shot, an advisory committee said on Wednesday.

The committee, known as STIKO, recommended that pregnant women also be inoculated only with the Pfizer BioNTech vaccine, regardless of their age.

The recommendations are based on new safety data from the Paul Ehrlich Institute, Germany’s authority in charge of vaccines, and new international data.

Several other European Union countries have already recommended limiting the use of the Moderna vaccine among younger people.

The day in review: Covid-19 developments on 11 November

Read More
A health expert wants Air New Zealand to go a step further and implement a no jab, no…
CCovid-19