Grant Robertson unenthused on set times for travel out of Auckland

Aucklanders will probably have a better option than allocated time to leave the region over the holidays, the deputy prime minister says. 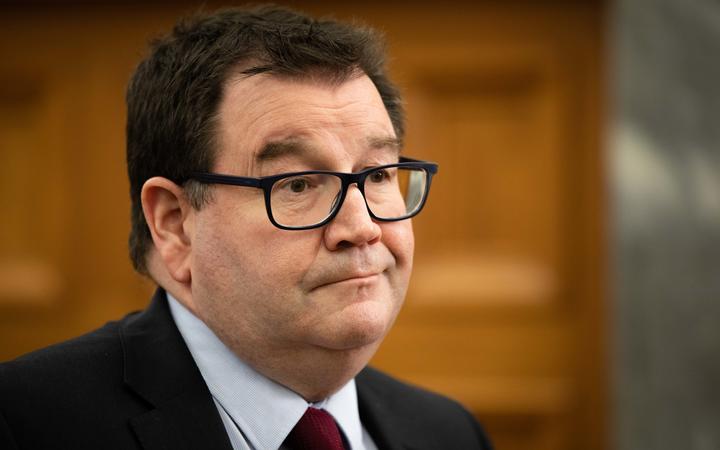 Robertson said they are wanting to make sure Aucklanders can travel.

He told First Up there will not be boundaries once the traffic light framework – which relies on 90 percent vaccination – is fully in place.

But in the event that that was not operating fully by Christmas, the government was working out a system to make travel possible.

Robertson does not think allocated time out of the region for those travelling by road is practical.

“I don’t think it’s particularly likely that there would be the kind of scheme where you were allocated a day.

“I can’t see that – it wouldn’t be very practical. But we do have to find a way through in the event that we still have a boundary there.”

On Morning Report he said: “I do agree that would be a challenging situation [allocated times] and one that would have its own logistical difficulties.

“So we’ll work our way through it but what we’re saying to Aucklanders [is] get vaccinated, the rest of the country get vaccinated. That will make travel a lot easier because there won’t be boundaries in that environment…”

“So we’ll work our way through it” – Deputy Prime Minister Grant Robertson duration 9′ :19″
from First Up
Add to playlistPlaylist
Download

Asked if enough is being done to stop anti-vaxxers breaching rules by travelling to areas to try and discourage people from getting vaccinated, he said it was up to police to decide what should be done.

However, he had no time for anyone “getting in the way” of those wanting to be vaccinated.

“If these so called anti-vaxxers believe in choice as I hear some of them say then they should respect the choice of those who are going to get vaccinated.”

The rules are clear, especially in level 3 areas, so it would be up to the police to act.

He said anti-vaxxers were a tiny minority with another small group of people holding back because they just needed a conversation to convince them while the vast majority were backing the vaccination programme as the country headed up to the 90 percent level.

The new low in unemployment has caught economists by surprise and prompted speculation about higher interest rates.

Robertson said having unemployment drop to 3.4 percent was pleasing along with an increase across the board of the number of New Zealanders in work.

However, there were consequences with the Reserve Bank already signalling its “direction of travel” with interest rates.

He said he was among those frequently warning mortgage holders that they must be aware that any increases in interest rates would affect their mortgage repayments.

He said the government was focused on managing the economy, boosting productivity, providing jobs and helping New Zealanders move away from housing as being such a significant part of the economy.

“That takes some time. The other side of the equation is the work that the Reserve Bank does with monetary policy – that’s independent.”

Asked if he would consider dropping levies and excise duties which have an impact on inflation, he said that was not on the cards at the moment.

WHO approves India Covid vaccine for emergency use

Read More
The National Party’s deputy leader says potentially hundreds of cancer patients have had procedures disrupted by Covid-19, and…