Home ‘Greed and destruction’: Call for closure of all scallop fisheries
FFEATURED

‘Greed and destruction’: Call for closure of all scallop fisheries

The closure of most of New Zealand’s last remaining scallop beds around Auckland and Northland is being labelled a dramatic last ditch effort to save the species by iwi, recreational fishers and marine conservation groups. 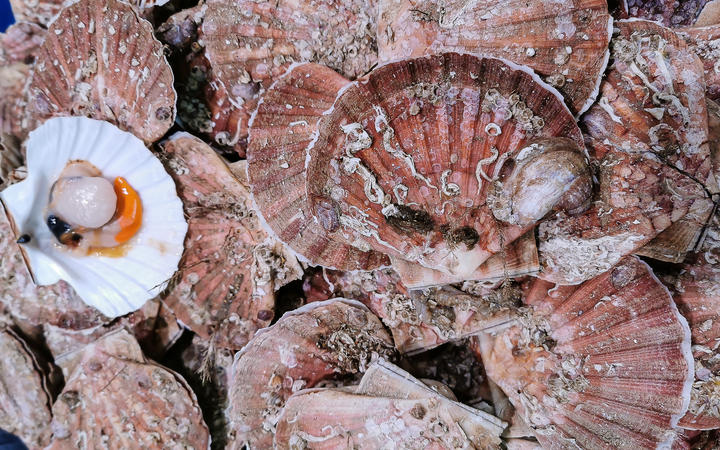 Depleted scallop fisheries in Northland, most of the Coromandel and the Hauraki Gulf are to be closed to allow them time to recover.

There are now just five tonnes of scallops allowed to be commercially harvested from New Zealand waters – from the Colville Channel and Te Hauturu o Toi / Little Barrier Island.

Ngāti Manuhiri placed a rāhui on the area on Waitangi Day, after growing community concern about localised scallop bed destruction.

Ngāti Manuhiri chief executive Nicola MacDonald said the scallop beds around Little Barrier were a vital source of broodstock for other scallop beds in the Hauraki Gulf.

She said leaving the area out was unacceptable and the nation could not allow the continued depletion of taonga species for commercial gain.

“This is not something that we will accept in our rohe moana.”

Ngāti Manuhiri is calling on Fisheries Minister David Parker to support the 186a application submitted by Ngāti Manuhiri Settlement Trust to close the tipa [scallop] fisheries.

“We’ve been calling on the ministry to react to this situation for a long time, we’ve been really, really supportive of a number of local iwi who have laid rāhui up and down the coastline but the simple reality is that this is going to come with economic, social and cultural impacts.

“We’ve got a quota a management system that has allowed these scallop populations to fall really dramatically, they’re now at real risk of collapse and that’s the systemic failure that we’ve got to address.”

The most recent Niwa scallop survey indicated 93 percent of the Hauraki Gulf’s scallop population had gone in the last 10 years.

Overfishing, the use of dredges, and land-based pollution are thought to be the key factors behind the scallop fisheries decline.

“The greed and destruction we’re seeing under the QMS means an entire species is close to being wiped out,” Woolford said.

Ngāti Hei matua Joe Davis said scallops were the canary in the coal mine.

“They indicate a much more substantial issue that requires systemic change. These issues are replicated across other taonga species such as hapuku and tarakihi up and down the coast.”

Allan Davidson of the New Zealand Underwater Association said Little Barrier and Colville were the last areas of any real scallop density around the country.

“We’re going to allow commercial fishers to concentrate their effort on these remaining beds. How is this management?”

In the past 20 years, scallops have been fished out in Marlborough, Golden Bay, Tasman Bay, Kaipara, Stewart Island, Wellington and the Chatham Islands.

He said it showed that the quota management system was failing.

Read More
All tents have been removed from Dunedin’s Octagon, hours before the deadline for a group of anti-mandate protesters…
FFEATURED

Read More
Bromley residents fed up with their homes smelling like burnt faeces are taking matters into their own hands.…
FFEATURED