There are renewed hopes a long-awaited new development could return a Palmerston North inner-city eyesore to its former glory. 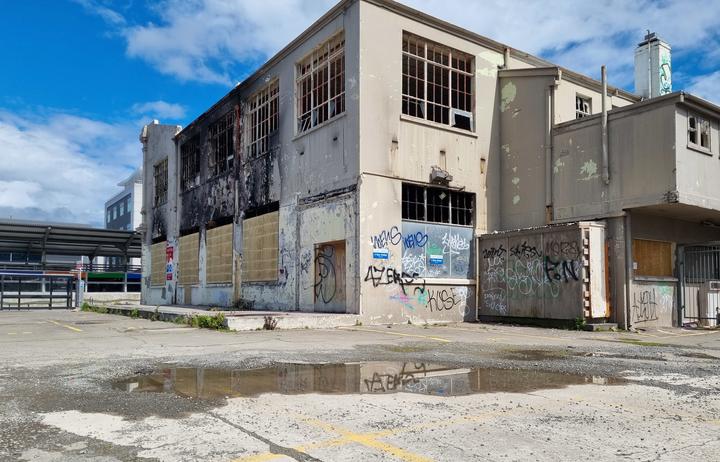 The former central post office, known to many as the High Flyers building, named after a bar, has been crumbling for the past five years since its last tenant moved out.

The Edwardian heritage-listed, two-storey structure was further damaged in a fire in October, but its parlous state has long rankled city residents.

In recent years plans to develop it as a bus shelter, retail space, conference venue and hotel, have come to nothing.

However, city mayor Grant Smith has confirmed to RNZ that the building is subject to a sale and purchase agreement.

He said confidentiality arrangements meant he could not disclose who was the buyer nor particulars of the planned development.

Developing a heritage building was a long-term project.

“It takes the right owner and a bit of bravery to do this,” Smith said.

The building is owned by Palmerston Post. Its director and shareholder, Alan Moyes of Auckland, declined to comment. 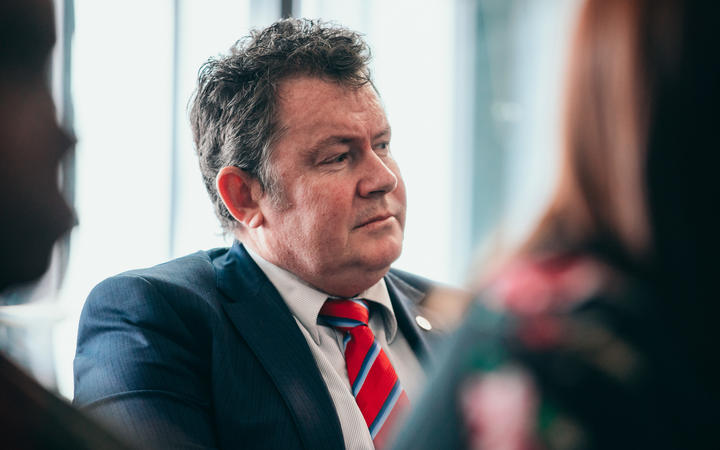 Palmerston North Mayor Grant Smith says although the facade of the High Flyers building has heritage protection, the rest of it is probably beyond repair. Photo: RNZ /Dom Thomas

Smith said officials had issued a dangerous building notice for the earthquake-prone structure, but it was frustrating watching it decay without being able to do more.

“In Europe, if you have a vacant building for a number of years, the owner’s basically slapped with a notice which means your rates are tripled or you have to make some effort to get your building into good order.

“Letting a building decay, because it’s out of sight and out of mind, is somewhat silly really. You should be trying to maximise your investment.”

Smith said although the facade had heritage protection, the rest of the building was probably beyond repair.

Financial support would be available to new owners through the council’s heritage fund.

The property is worth about $3 million.

It was the city’s post office until the mid-1980s. From the 1990s until the mid-2010s, it became a popular night-spot, including the long-running bar High Flyers and, earlier, Eagle Rock. 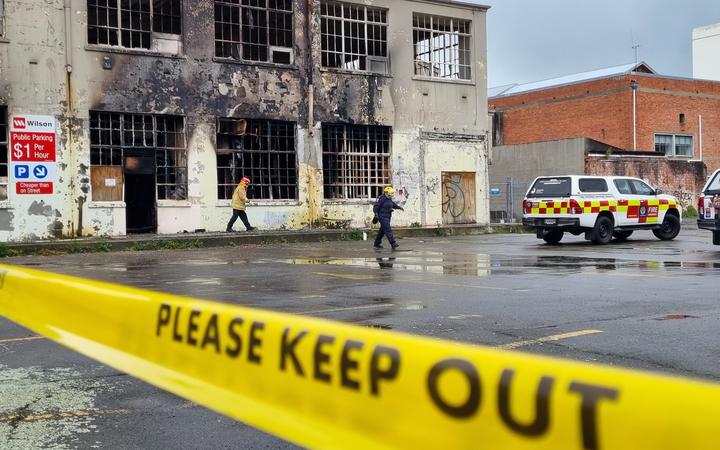 Fire investigators at the scene of the blaze at the High Flyers building in October. Photo: RNZ / Jimmy Ellingham

Three days before the 18 October blaze blew smoke across central Palmerston North, police wrote to the council with concerns about anti-social behaviour in the dilapidated building.

In an email released under the Local Government Official Information and Meetings Act, Inspector Ross Grantham told officials about the regular calls police received concerning troublemakers in the building.

“Scattered through the place is vomit, blood, urine and human faeces, which creates a bio-hazard to those in the building,” he wrote.

“I believe it is only a matter of time before someone is seriously injured after entering the building, either by falling through an open broken window or through the rotten floorboards.”

Grantham had written to the building owner asking for the property to be secured, but nothing was done.

He supported the council taking action to make the building safe.

A police spokesperson said officers investigated the fire and identified two youths believed to be involved.

They were referred to youth aid.

Read More
The government is facing a teacher backlash over plans to reopen Auckland’s classrooms after the school holidays. Photo:…
FFEATURED

Read More
Māori, Pacific and disabled children are bearing a much greater burden from hardship, according to the latest Child…