New South Wales has recorded a new peak in Covid-19 hospitalisations and daily infections, with 1344 patients in hospital, 23,131 new cases. 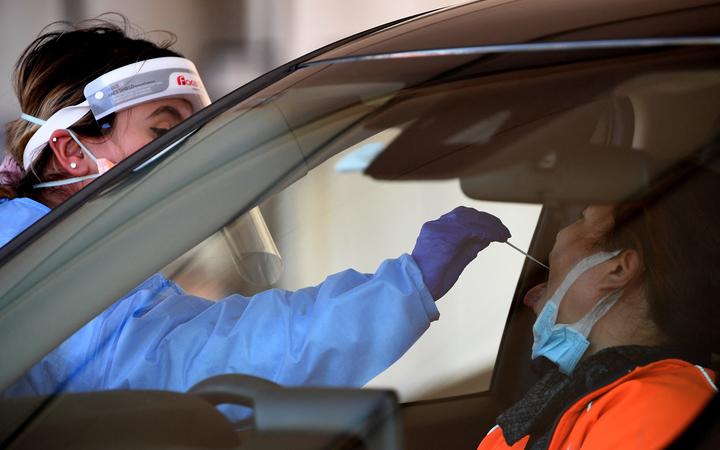 Another 140 Covid patients were admitted to hospital in the latest reporting period, sending the state’s hospitalisation total past the previous high of 1268, recorded on 21 September last year.

The number of patients in intensive care rose to 105, up from 95 the day before.

As testing sites continue to be overwhelmed, one of the country’s largest pathology companies is shutting down most of its 29 testing clinics across Sydney, until further notice.

Australian Clinical Labs has been operating both drive-through and walk-in testing sites.

“These closures have been necessary due to the significant increase in testing volumes across the state,” the company said.

Some of the company’s sites in Parramatta, Castle Hill, Charlestown will remain open, but most will remain shut for an unknown period of time.

There were 83,376 Covid swabs taken in the latest reporting period.

Victoria has recorded 14,020 Covid-19 cases and two deaths, as the number of hospital patients with Covid-19 continues to rise.

It marks a new record for daily infections in the state, surpassing Monday’s tally of 8577.

There are now 48,297 active cases of the virus in Victoria, and 720 people have died during the current outbreak.

There are 516 people in hospital with Covid-19 in Victoria, of whom 56 are in intensive care, and 24 are on a ventilator.

The health department said a further 52 people were in ICU whose infections were no longer considered active.

The new cases were detected from 60,515 test results processed yesterday, suggesting close to one in four people who presented for PCR testing were infected.