Covid-19 restrictions have been loosened, but hospitality venues say it has done little to boost their takings. 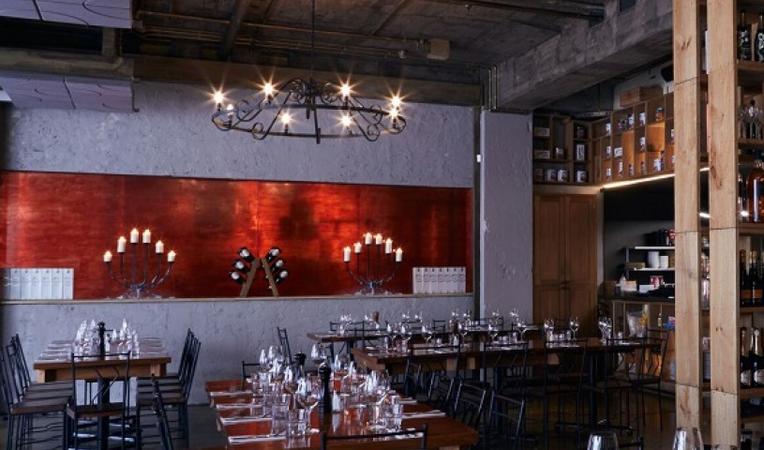 Auckland CBD restaurant Vivace co-owner Mandy Lusk said there was no uptick in weekend customers despite Covid-19 restrictions being loosened. Photo: Heart of the City

Some are warning that businesses will not survive for much longer unless the country is shifted down to the orange level urgently.

Gathering limits indoors have gone from 100 people to 200 and all outdoor gathering limits axed. Outdoor face mask requirements have ended as has the scanning of QR codes.

“We had a nice Friday and then a nice Saturday, which was the same as the week before,” she said.

“For those of us in the CBD it makes no difference whatsoever, because so much of our business comes from corporate workers.”

The corporates were still working from home, Lusk said.

That means weekdays were slow.

“We closed by 8:30pm for the first time in 30 years, and it really is just our lovely regular customers are coming out support us on those nights, but there’s nothing to pay the rent and the taxes and everything else.

“You can’t just survive on Friday, Saturday paying your wages and your rent.”

But anyone wanting to celebrate in big numbers after had to put away their dancing shoes – dancing’s off the menu under the red setting, but clubs can still open.

Hide club owner Mitch Ryder said it had been tough, but they had been able to house private events.

“It just seems to be saying, go ahead with the big rugby games and stadiums with tens of thousands of people, but that 300 or 400 people in an intimate nightclub is, for some reason, much more dangerous.

“I can’t wrap my head around it, but we just need to roll with the punches and just hang in there until the restrictions are loosened.”

Head of Retail NZ Greg Harford said many customers were still worried about the risk of Covid-19 but that a shift to orange might boost consumer confidence.

“It is safe to get out to the shops and do some shopping, as long as everyone’s wearing a mask,” he said.

“I think the biggest thing that anyone can do to help retailers is to get out and shop and the best thing the government can do to help support is move us down from the red traffic lights setting into orange.”

Auckland’s Heart of the City chief executive Viv Beck agreed, saying once office workers were back in the city, things would start to look up.

The government’s set to review the traffic light settings a week from today, but Beck warned some businesses might not last until then.

“It’s absolutely dire for some, absolutely. It’s been an enormous strain.

“Many were struggling before we got to the Omicron wave. We haven’t had too much time outside of the red setting or a severe lockdown, and that has a huge toll because basically, we’ve been at the epicentre of the pandemic for two years now.”

There was light at the end of the tunnel – the country opening its doors to Australia on 13 April, Beck said.

Govt boosts Air NZ pandemic support by up to $180 million

Read More
By Carrington Clark, Mitch Denman Woolnough and Sookyoung Lee for ABC The tension on the Korean peninsula has…
CCovid-19

Read More
Just over 100 nurses, 14 midwives and 10 doctors have been sacked from District Health Boards for refusing…