Kāinga Ora’s ‘sustaining tenancies’ policy has cost the taxpayer thousands in compensation payouts to tenants terrorised by their neighbours. 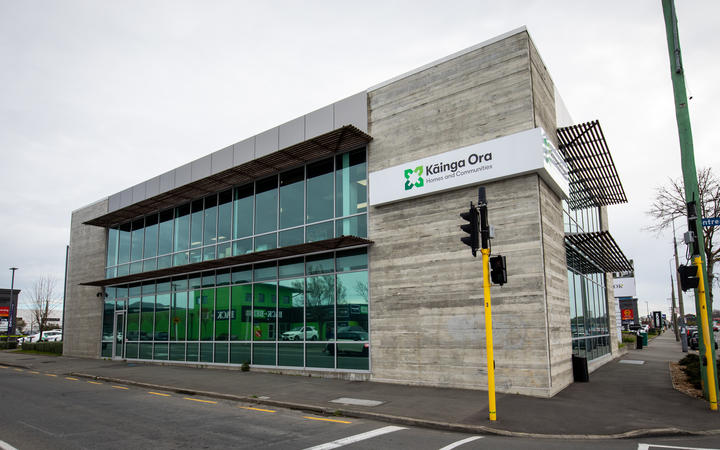 Tenancy Tribunal decisions seen by RNZ document the state landlord’s juggling act between this policy and its legal obligations under the Residential Tenancies Act.

In some cases, the tribunal has ruled against the state landlord and ordered it pay out thousands of taxpayer money to those most badly affected by unruly tenants.

In one case, Kāinga Ora was ordered to pay a solo mother $2500 in compensation after nearly a year of property damage], verbal abuse and an attempt at running her down with a car.

In another, it was ordered to pay a woman $5000 after months of threats to kill, threats to assault, sexual harassment and aggressive and intimidating behaviour.

Each of these compensation payouts have been over breaches of Section 45 (1) (e) of the Residential Tenancies Act that sets out a landlord’s legal obligation to ensure a tenant doesn’t interfere with the reasonable peace, comfort or privacy of other tenants.

The Tribunal itself warned Kāinga Ora was compromised by its own ‘sustaining tenancies’ policy in one of its decisions, issued in January 2020.

“[A Kāinga Ora lawyer] has explained that Kāinga Ora policy was not to issue 90-days notices, nor to terminate tenancies. Kāinga Ora policy cannot override the provisions of the Residential Tenancies Act. This is clearly a situation that cannot continue.

“Though I cannot make an order directing Kāinga Ora to terminate the tenancy of the tenants who are causing these disturbances, I can strongly indicate that these are breaches that cannot be remedied given the length of time they have been occurring.”

The government denies having a hard-line ‘no evictions’ policy despite not evicting anyone in the past three years or clarifying what sort of behaviour would trigger such a measure.

Associate Minister of Housing Poto Williams denies unruly tenants behave as they please because they’re aware of this policy and know they won’t be evicted.

Williams said people “absolutely” had the right to feel safe in their own homes but adding to the homelessness problem was unacceptable to this government.

“I’m not defending their behaviour but there are wider implications here for us. There are children that are implicated in all of this. We have to ensure that as a government we have responsibilities to have housing for everybody and making sure that we don’t put people into homeless situations.”

National Party housing spokesperson Nicola Willis agrees eviction should be a last resort but said the government could not stand by while Kāinga Ora tenants terrorised their neighbours.

“As if it’s not bad enough that the government has failed as legal obligation to keep its tenants safe from other tenants, we now have the spectre of the government spending tens of thousands of taxpayer dollars fighting good tenants at the Tenancy Tribunal.

“That is unacceptable. These tenants shouldn’t have to be hauled through a tribunal to prove what is obvious, the state landlord has let them down and has put the needs of abusive tenants ahead of the innocent victims.”

Kāinga Ora hasn’t evicted any tenants in the last three years but has transferred 159 households over anti-social behaviour in the last 12 months.

Williams said cases raised by the media in recent weeks had given rise to an opportunity to take a look at the government’s sustaining tenancies policy, but offered no further details.

Read More
A Southland District Health Board member has resigned following an email she sent to Countdown supermarket, criticising its…
FFEATURED
U.S. stock futures were lower on Tuesday with Nasdaq futures taking the biggest hit as climbing bond yields…
FFEATURED