Firefighters have contained a blaze that has burned through 280 hectares of scrub and regenerating bush near the Otago town of Wanaka. 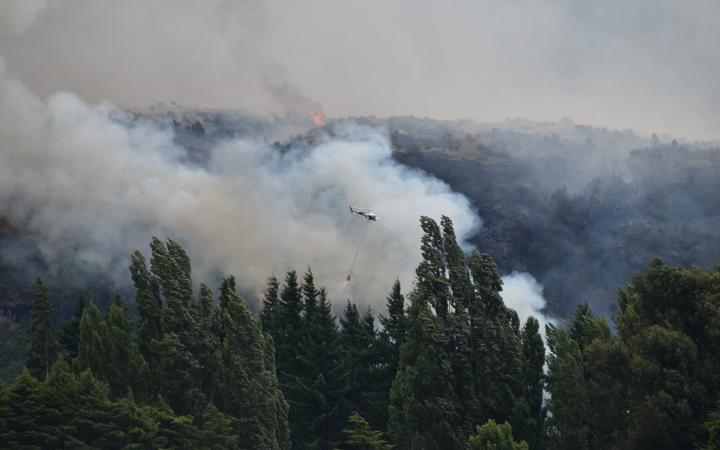 The blaze has ripped through 200 hectares of regenerating bush at Emerald Bay. Photo: Supplied / Emily Richer

Eight crews have been working on the blaze, while two helicopters with monsoon buckets have been dousing hot spots in calm conditions.

Firefighters were last night worried about the blaze threatening baches in the bay, but a wind change did not eventuate and no properties were evacuated.

The cause of the fire is still being investigated.

“It’s very steep underfoot, there are a lot of bluffs that just drop away,” he said.

“We’re working around the edge of the fire, between the unburnt vegetation and the area that’s burnt. We’re just making sure that the hot spots are out and there’s not likely to be any chance of reignition.”

Sarich said weather conditions were favourable, with light winds, however, the temperature was expected to reach 28 degrees today, as firefighters worked on the fire.

Mount Aspiring Road is open to residents only.

Earlier today Queenstown Lakes deputy mayor Calum MacLeod told Morning Report the fire was still burning but there had been no evacuations overnight.

“The area itself is very steep and that’s obviously an issue for the eight ground crews who are working on the ground. Hopefully they’ll come through it safe,” Macleod said. 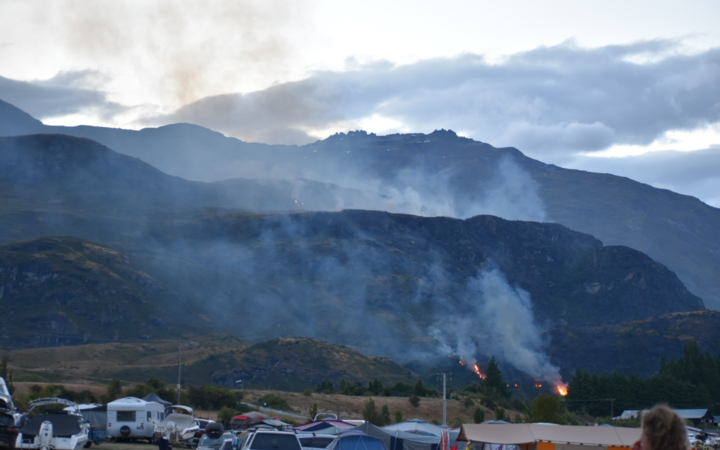 The blaze could be seen from a neighbouring campsite. Photo: Supplied / Emily Richer

A local using a drone over the fire had been an annoyance, he added.

“There was a bit of concern when that was identified yesterday.”

With smoke able to be seen from the township, MacLeod encouraged people not to go seeking a view of the fire.

“It is obviously a very large fire … so it’s generally a lot of smoke.” 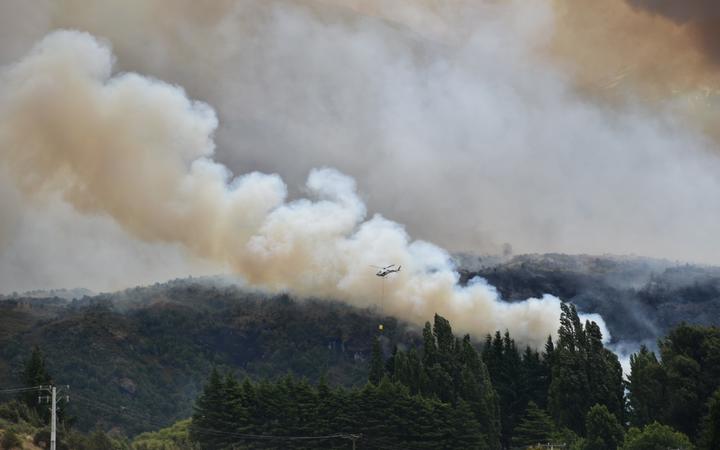 Smoke from the fire was able to be seen from the township. Photo: Supplied / Emily Richer 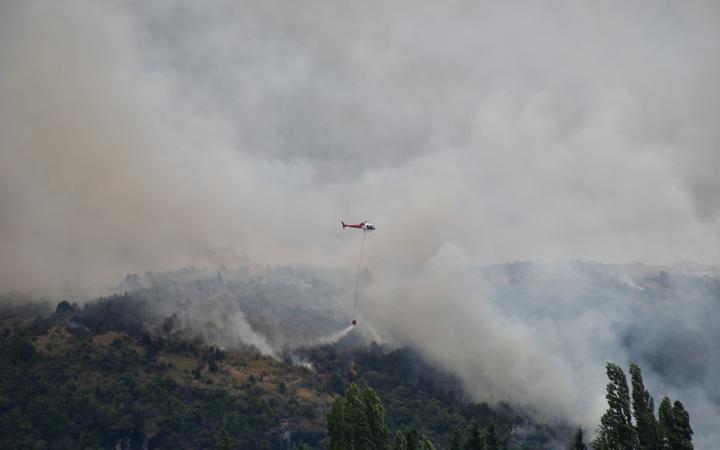 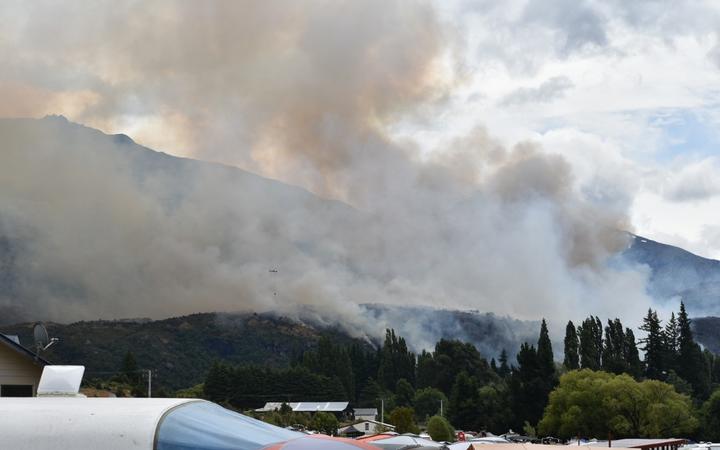 Smoke from the fire was seen from a nearby campsite. Photo: Supplied / Emily Richer 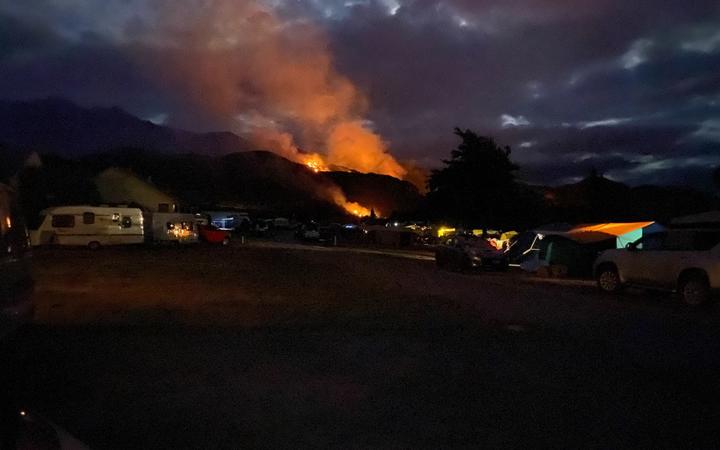 The fire as seen from the campground on Sunday night. Photo: Supplied / Bryce Cameron 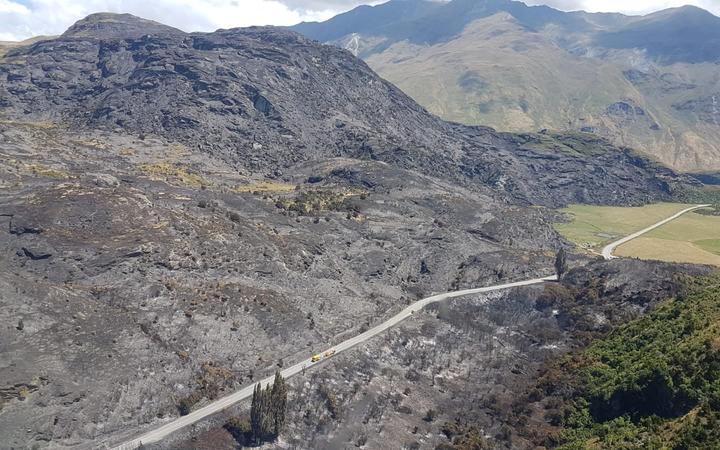 Most popular baby names of 2021 revealed