An elderly dementia patient who tested positive for Covid-19 at an Auckland rest home had only received her first dose of the Pfizer vaccine last month at her daughter’s request. 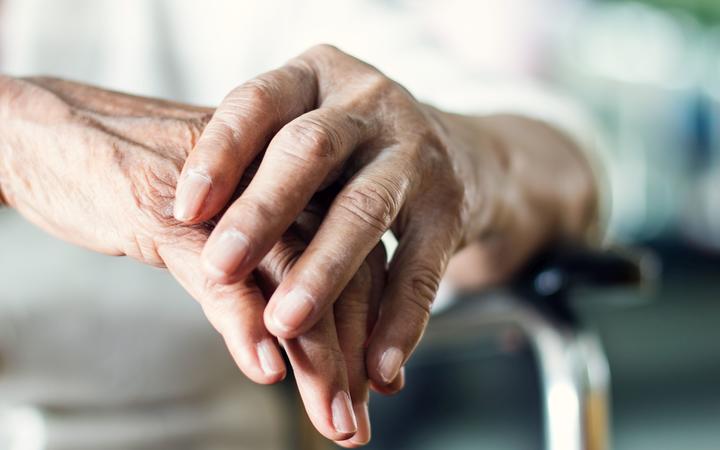 Nova Gibson said she didn’t get the vaccine for her mother earlier in the year because vaccines were in short supply, and she thought she would be safe inside the rest home in the event of an outbreak.

But now 20 residents and four staff members of the Edmonton Meadows Care Home in Henderson have tested positive for the virus and seven are in hospital.

Listen to the story here duration 5′ :08″
from First Up
Add to playlistPlaylist
Download

Listen to the story here

Gibson’s 93-year-old mother has been living at the care home for three and a half years. She has severe dementia and is partially deaf.

“On the day three test she was negative and then the following day she had a runny nose and a cough when she woke up, they tested her and they got the results back right after.”

That Covid test came back positive.

People living in aged-residential care facilities were in group two for the Pfizer vaccine rollout and were eligible for their first dose in late April.

But Gibson said her mother didn’t get her first vaccination until last month.

“When they started vaccinating those older people, I thought there was a shortage of vaccines and every time there’s a whiff of Covid they locked these poor dears up and so I delayed it. I’m not an anti-vaxxer, I’m vaccinated myself, but I thought other people need it before she does and then when Delta came along I was like yeah it’s a game changer and there’s plenty of vaccines around, so she’s had one dose now.”

Ministry of Health said all staff and the majority of residents at Edmonton Meadows were fully vaccinated.

First Up wanted to know how many of the residents had only recently received a first dose like Gibson’s mother, but Edmonton Meadows declined to be interviewed.

Under level 3 restrictions, relatives can only visit rest home residents in exceptional circumstances, such as if they are undergoing end of life care.

Gibson said she has not seen her mother since August, and cannot understand how Covid-19 got into the care home.

“I would say it would have to be a staff member because there’s been no visitors. I don’t blame them. Staff still have to go to the grocery store, they still have to live their lives, they have to go home every night to their families. There’s no blame. I’m not angry.”

The ministry is yet to identify the source of the cluster but said it most likely originated from someone who entered the facility to visit, make a delivery, or work.

Edmonton Meadows has 52 residents and 40 staff, and is the first care home to record cases since the start of the August outbreak.

Seven residents are in hospital and whilst Nova’s mother isn’t one of them, she is still worried and would like to visit. But for now, she is happy with the care the home is providing.

“They send a general email to everybody every day saying that, you know, they’ve employed more cleaners, the doctors are visiting every day, whatever is happening generally, and then I get a phone call every day with an update on mums’ condition.”

Six rest homes recorded Covid cases last year, and of the 32 Covid-19 related deaths in New Zealand since the start of the pandemic, half have been rest home residents.

Four people died after infections spread at CHT St Margaret’s Rest Home in Auckland’s Te Atatū, while 12 deaths were linked to the Rosewood Rest Home in Christchurch, making it the nation’s most deadly Covid cluster to date.

Vaccinologist Helen Petousis-Harris said although the vaccine is very effective against stopping the spread of the virus and reducing the risk of hospitalisation and death, breakthrough cases can occur.

“If you’re fully vaccinated, it’s less likely and if it happens, you’re less likely to get really unwell. We also know that having the vaccine doesn’t make you bullet-proof, and of course the people we really worry about are these much older people who are more likely to get unwell if they do get a breakthrough case. I think this highlights why this is such an important group to try and keep safe.”

As it has been more than six months since the country began vaccinations, Petousis-Harris said the use of a booster will be important going forward.

“The more time that goes on after you have been vaccinated, you become more susceptible to actually picking the virus up and carrying it, which enables that transmission. Boosters will actually suppress that reasonably well. That’s why we want to use boosters going forward to try and prevent this sort of thing from happening.”

Meanwhile, testing has been carried out at the Rosaria Rest Home in Auckland’s Avondale after a resident there also tested positive for Covid.

Sound lures stoat to its death on Motutapu Island