Lifeguards warn pool toys can be a danger in the sea

Surf lifeguards are increasingly seeing people hit the water with toys that can get them or others into danger and are not meant for the ocean. 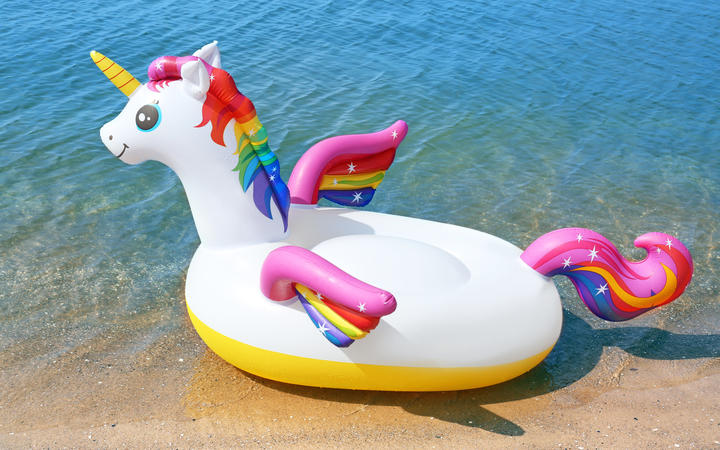 Surf Life Saving’s chief executive Paul Dalton said when taken to beaches many kinds of ride-on toy can easily be caught by wind or currents and sweep people out to sea.

“Motorised, wind powered or pool toys like blow-up… anything – from unicorns up to swans, are pretty prevalent,” he said.

Yesterday at Omaha beach near Warkworth, police were called when a three-year-old child was drifting out to sea on a lilo.

A member of the public rescued the toddler by boat.

Dalton said people should try to swim at a patrolled beach and in between the flags as much as possible, and prepare for the conditions when heading to the beach.

There has been a dramatic surge in the number of drownings in the past two months, he said.

Water Safety NZ statistics to 23 December show there have been 66 preventable fatal drownings so far, including 26 since the start of October.

Dalton thinks people, particularly in Auckland, have been desperate to get out on the water after being in lockdown so close to summer.

He said it was great to get outdoors and go to the beach, but it was a reminder the virus is not the only safety threat this summer.

“Don’t take risks, big waves are a safety threat and they might be fun for surfing, but if they hit you in the head or knock you off your board or slam you into rocks there’s a huge amount of power in them.

“It’s very much a case of watch for the conditions, and if in doubt, stay out.”

FFEATURED
In this photo illustration the HBO Max and Discovery Communications logo seen displayed on a smartphone. Rafael Henrique…
FFEATURED