The cancellation of Rhythm & Vines is not just a setback for music fans – it’s left a charity out of pocket. 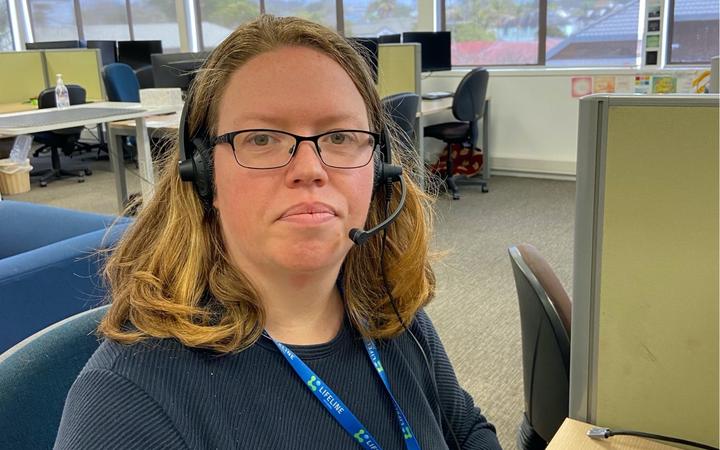 Lifeline Aoteaora operates a phone and text service for people who are in distress or suicidal and for the past four years the music festival has donated part of its ticket sales to the charity.

Lifeline’s Helena de Fontenay told Checkpoint the loss of the donation would have an impact.

It would have paid for 1000 Lifeline calls or the salary of a part-time counsellor for a year.

The funding cut comes at a time when the service is in more demand than ever, thanks in part to the Covid-19 pandemic.

Calls have gone up by 20 percent since 2019 while use of the texting service is up by 30 percent.

“A lot of people think we’re government-funded and we’re not.

“We do rely on the donations of great supporters like Rhythm & Vines to keep going.”

The costs associated with handling one call amount to $30, “so if you can donate $30 that would be great.”

De Fontenay knows Lifeline is also competing with other charity appeals, such as those helping refugees fleeing the war in Ukraine.

As well, the cost of living is rising with New Zealanders hit by higher costs for items such as petrol.

However, she hopes there may be a corporate sponsor who may be willing to give them a hand at a time when many people are lonely.

Lifeline in need without funding after Rhythm & Vines cancelled duration 3′ :31″
from Checkpoint
Add to playlistPlaylist
Download

Lifeline in need without funding after Rhythm & Vines cancelled

A lot of people used the Lifeline service because they had noone else to talk to, she said.

Loneliness has become more prevalent during the Covid-19 pandemic, especially during lockdowns.

She encouraged people to use the likes of Facetime and Facebook to stay in touch with each other.

“It’s [loneliness] one of our biggest reasons that people call.”

Read More
Areas of the Macraes gold mine in Otago are being deep cleaned, after they were visited by a…
FFEATURED

Read More
Marco Fusinato is counting on his forthcoming show at the Venice Biennale being immediately disliked. Outlining his contribution…