Concern is mounting over the long-term effects of Covid-19 for more than 600,000 New Zealanders who have contracted the virus since the pandemic began. 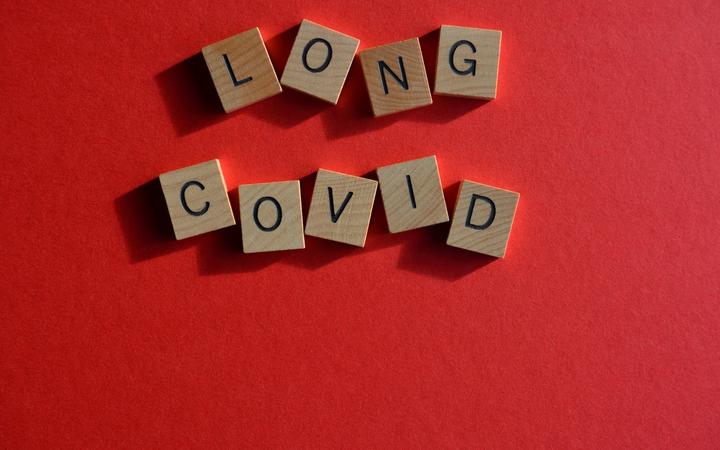 New research suggests a quarter of people who have been infected will continue to have symptoms for a month. Ten percent of patients will feel unwell three months on. Photo: 123RF

New research from the World Health Organisation suggests a quarter of people who have been infected will continue to have symptoms for a month.

And 10 percent of patients will feel unwell three months on.

Sue Ross got Covid-19 in March 2020 while working in the Middle East.

“Terrible headaches having to have a nap, which I’d never done in my entire life, for an hour or so in the middle of the day otherwise I just couldn’t cope, I was finding it very difficult to look at a screen for eight hours and then in the middle of April I lost my sense of smell.”

Things began to get worse as she battled symptom after symptom.

For six months her taste and smell vanished.

“Even now, two years on I can’t do a full time job. I’m an engineer with a law degree. On the days when I feel rubbish, I just have to not do anything” – Sue Ross duration 5′ :30″
Add to playlistPlaylist
Download

“Even now, two years on I can’t do a full time job. I’m an engineer with a law degree. On the days when I feel rubbish, I just have to not do anything” – Sue Ross

In August 2020, five months after contracting the Alpha variant of Covid-19, Sue’s health was so bad she lost her job.

She had to wait until December to get a flight home to New Zealand.

“My Covid symptoms had gone into the joints and my wrists making it very hard to hold things periodically, losing my sense of smell, brain fog all the way through to the point where a lot of days all I could do was just sit on the couch and watch crap on the box.”

These days she is able to work but only part-time, her joints are still playing up, her taste and smell is temperamental and the fatigue is never ending.

“Even now, two years on I can’t do a full time job. I’m an engineer with a law degree. On the days when I feel rubbish, I just have to not do anything. If I can get around the block with the dog, take her for a short walk then that’s all good. My world has become very, very small.”

Immunologist and University of Auckland senior lecturer Anna Brooks is trying to get some long Covid answers.

She is part of a team of international researchers investigating long Covid.

But she said there was still much unknown.

“As we don’t have an official way of tracking who has these ongoing symptoms, all we really understand are those that come forward and join our support group or contact me independently. So far is there’s well over 400 in a support group and from my study alone we’ve got at least 200 signed up.”

Up to 200 symptoms can feed into long Covid making it difficult to diagnose.

There have also been small international studies suggesting a relationship between long Covid and the Epstein-Barr virus or glandular fever.

“We’re still hearing many, many people who are going to their doctors and not necessarily getting sort of a clear-cut definition because it’s difficult. There is no diagnostic test, there is no test you can get when you go to the doctor to say ‘yes, you have long Covid’ and that’s one of the big issues here,” Brooks said.

And when it comes to recovery, experts are warning exercising too soon after Covid-19 can be dangerous.

University of Otago Pain management and musculoskeletal medicine lecturer Dr Bronwyn Lennox Thompson said it was usually the people who felt they had mild symptoms and were super active making that mistake.

“What our mind starts to tell us is that we should really get on with it and we’re just being a bit lazy and shouldn’t we be more motivated and why can’t I get better and faster? Because this is what I’m used to.”

A person’s viral load, previous exercise routine and symptoms will determine when is the right time for them.

World Health Organisation research suggests 25 percent of people who have had the virus will continue to have symptoms for at least a month whilst one in 10 people will still feel unwell three months on.

Dr Lennox Thompson said some people needed to listen to their bodies.

“The golden rule is start low and go slow. If you normally run for five minutes then knock it right back, let’s walk to the letter box and back and see how we feel because these symptoms they come on while you’re exercising, but it’s often delayed on set that people start to feel really sluggish they get that fever feeling, they get the muscle aches and pains, they get the foggy head.”

Ross said there urgently needed to be more support for long Covid sufferers.

“It really makes the world of difference having someone that you could go and talk to and who actually just believes you for a start because many people just think … you’re being some hysterical woman.”

With research still underway to try and understand the effects of long Covid both patients like Ross and experts are calling for a self reporting system to get a better grasp of just how big the issue is.

Read More
There have been 17,148 new cases of Covid-19 in the community and 34 more deaths reported today. Photo:…
CCovid-19