A homicide investigation is underway after two armed offenders entered a house in the Auckland suburb of Mt Roskill and a man was shot and killed. 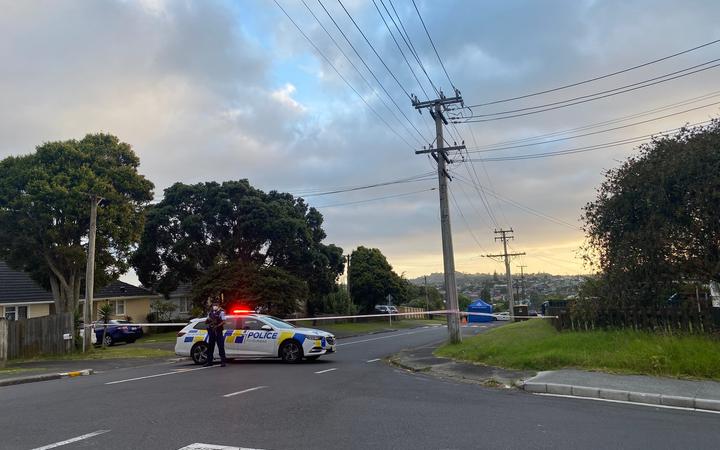 Police received a report of an incident at an address on Glass Rd on Thursday evening. Photo: RNZ / Katie Todd

Police received a report of an incident at an address on Glass Rd about 9.30pm last night.

Auckland City CIB Detective Inspector Scott Beard said the two entered the house and an altercation took place with the people inside.

One of the people inside the house, a man in his 20s, was shot and died at the scene.

“Two other people at the address have received non-life threatening injuries and were transported to hospital,” Beard said.

The offenders fled the scene and are still on the run, he said.

“A scene guard has been in place overnight and police will remain present at the address today carrying out a scene examination.”

Police are asking anyone with information relating to the incident or who saw suspicious activity in the area to contact them on 105, quoting file number 211224/4140 or call Crime Stoppers anonymously on 0800 555 111.

Pep Guardiola: Man City boss raises prospect of strike but does not think it would happen