Māori dying with Covid-19 because of misinformation – health leader

A Māori health leader says a new international misinformation study confirms the alarm many were desperately trying to raise last year about the impact on Māori during the initial vaccine rollout. 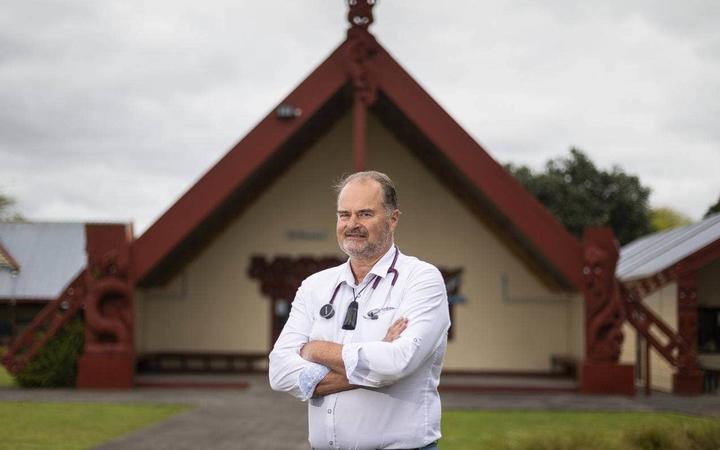 The article in the Journal of the Royal Society Interface shows misinformation makes it harder to stop illness spreading during a pandemic.

It found major outbreaks cannot be suppressed once the density of distrusting individuals exceeds a certain threshold.

It says its findings highlight the importance of effective interventions to build trust and inform the public.

Māori ‘exposed to a significant amount of misinformation for longer’

National Māori Pandemic Group co-leader Rawiri McKree Jansen said the Māori population was younger, so many had to wait to be eligible to get their vaccine dose.

“They [were] exposed to a significant amount of misinformation for longer.

“That’s created a problem for us in terms of getting the momentum for the vaccination programme into the right place.”

McKree Jansen said the unvaccinated were being hit hardest by the Omicron wave.

As of Friday, only 88 percent of Māori have had their second dose, and 58 percent their third compared with 95 percent and 73 (72.7) percent respectively of the general population.

As of Friday, 355 people have died with Covid-19 and the seven-day rolling average is now 17.

McKree Jansen said Māori were now dying with Covid-19 because of that misinformation.

He said for Māori and Pacific communities it was particularly troubling because those who were dying with the virus were in their 40s, 50s, and 60s, rather than older people in other populations.

He said Māori and Pacific populations should have been prioritised in the vaccine rollout.

The Waitangi Tribunal has released a scathing ruling of the government’s Covid-19 response and vaccine rollout, saying Māori were put at risk.

The tribunal said Cabinet’s decision to go against official and expert advice and not prioritise Māori breached the Treaty principles of active protection and equity.

Misinformation has disrupted families, but is resolvable

McKree Jansen said misinformation had disrupted social and familial connection but he believed it was resolvable.

“We should actually spend the time and the effort to restore relationships with those people that have been affected by it.

“It is being very clear that health services are here to help people.

“I think it is conversations we’ll have within families to restore mana for people who feel that [they have] been belittled, to ensure that people know that they are loved and that they are cared for.”

He said the focus needed to be on learning the lessons and making sure it did not happen again.

“And making sure that when we say we are committed to equity that we do all the things necessary to achieve it.”

One dead after single vehicle crash in Richmond

Read More
France has said any future talks between Emmanuel Macron and the Australian prime minister, Scott Morrison, over the…
FFEATURED