A mussels project being trialled in a part of the Marlborough Sounds is already helping boost the area’s marine life, researchers say. 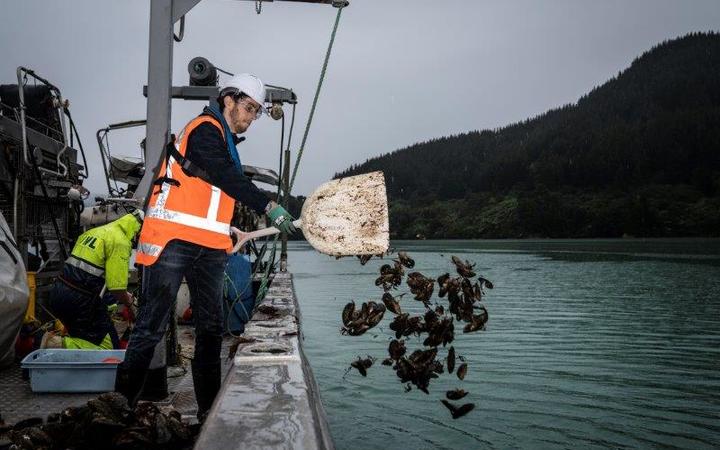 Researchers have been working with local marine farmers, iwi, and the Ministry for Primary Industries to place green-lipped mussels back in their natural habitat on the ocean floor.

It is thought that some places in the Sounds have had a 97 percent decrease in wild mussels since commercial farming began.

Auckland University and Niwa researchers are hoping to turn this around with the three-year project, which is led by Trevyn Toone and Emilee Benjamin.

Toone said the project not only enhanced the natural environment, but helped cut down on waste.

“Often mussel farmers have extra mussels that they haven’t been able to sell or that for some reason aren’t ideal so it would be really nice if these farmers can then go out and take those mussels and actually restore them into the wild, instead of having them go to waste,” he said.

The mussels filtered the water and attracted other sea creatures, he said.

Benjamin said the change in the aquatic life after mussels were placed was almost immediate.

“We’ve seen an increase in blue cod, and increase in macro algae and sea cucumbers and a bunch of other animals, including triple fins, that have made the beds their home,” she said.

“And we see that [happen] almost the moment we put the mussels down.” 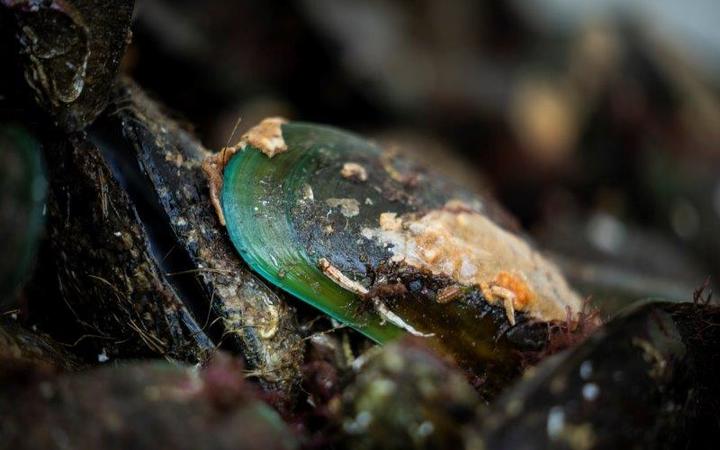 The project is currently only operated in Pelorus Sound, but has plots in lots of different environments.

“[We] restore mussels really all over. Sometimes they’re in a tidal area, so on the next low tide, we can just go out to some of these restored beds, count how many mussels are alive there, how many are dead – sort of just see how well they’re doing,” Toone said.

“But for some of our deeper restored reefs, we really have to scuba dive down there.”

So far, five tonnes of mussels have been placed. 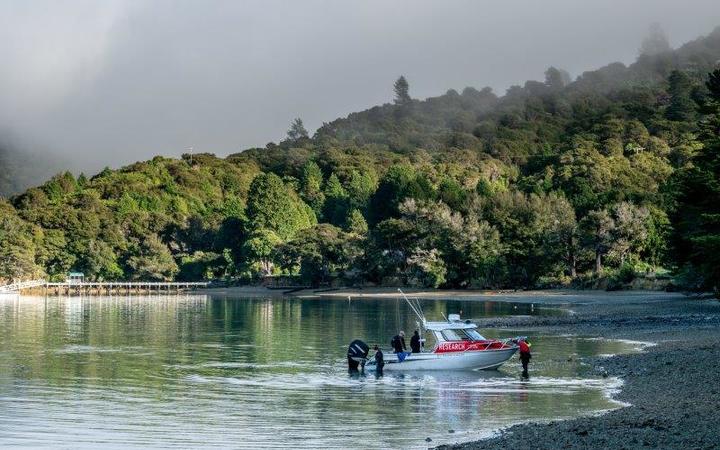 Both said it had been a collaborative project that would not have happened without the local community’s support.

“We’ve had a huge amount of help from the marine farmers that have really made this project possible. They’ve provided so much in kind support, whether that’s the use of their boats or mussels and everything,” Emilee said.

“Literally none of it would be possible without their help.”

Toone said it was the farmers who first brought up the issue, after seeing the decline in wild mussels for many years.

The overall aspiration of the project is to make marine farming regenerative and have marine farmers placing their own surplus mussels into approved areas as part of their regular work.

Read More
After a “prosperous pandemic”, the reality for Australia looks set to hit – and our biggest weakness is…
FFEATURED

Read More
Thousands of unwanted Christmas gifts have already been listed online, but police are warning if you’re going to…
FFEATURED

Read More
A top executive at Boeing has underlined the importance that cargo now plays in the aerospace industry, nearly…