Home Measure of indulgence: Figures reveal what Kiwis are eating this Christmas
FFEATURED

Measure of indulgence: Figures reveal what Kiwis are eating this Christmas

New Zealanders are about to eat several million Christmas mince pies and thousands of litres of cream. 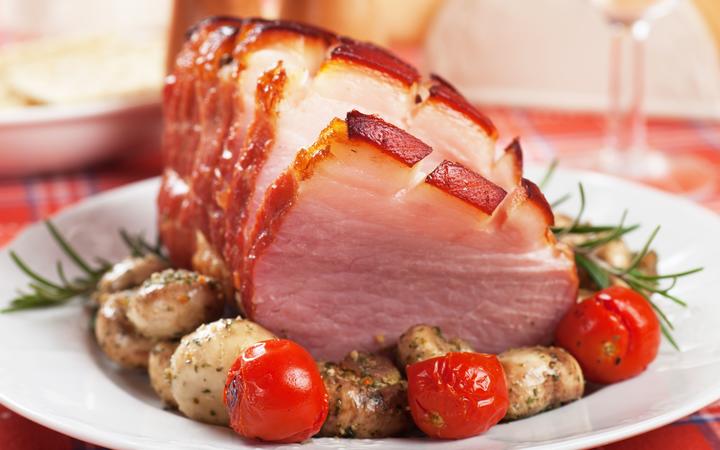 About 208 tonnes of Christmas ham has already been sold at Countdown stores alone so far. Photo: 123rf

New insights from Countdown supermarkets and food stores show organic salmon, ham and canned pineapple and are the top items food stores are selling ahead of Christmas Day.

A whopping 208 tonnes of Christmas ham already sold at Countdown alone, and an anticipated extra 208 tonnes to be bought in the next few days.

So far its stores have sold 142,000 cans of pineapple, likely pairing with those hams.

An extra 4.5 tonnes of turkey than usual have been added to carts.

Prawn and salmon sales are up 30 percent this week.

Sweetcorn is the hottest vegetable right now, followed by Perla potatoes and asparagus.

A surprise hit of the season is brie, with 50 percent of stock already sold and more having to be ordered.

Twenty-five percent of the Countdown’s annual custard sales will be made this week, and over 100,000 litres of cream is expected to go out the doors too.

More than 2 million Christmas mince pies are estimated to be sold.

Strawberries are the top fruit right now, followed by blueberries, raspberries, and blackberries.

Otago cherries are now ready the supermarket will sell around a quarter of it’s stock just this week.

Demand for organic meat is “significantly” higher than before, and particularly for salmon at Commonsense Organics, which has several stores in Wellington and Auckland.

Organic chicken, beef, and ham have grown in popularity, which head of retail Teva Stewart said “might be a little controversial”, as the store is a safe haven for those with alternative diets, such as veganism.

The store’s hazelnut loaf and vegan beef wellington is again surging in popularity,

Gluten free Christmas mince pies have been in hot demand too, with the store having to order triple what it usually does.

Read More
The Defence Force needs closer connection to the ministry so that policy can help guide on-the-ground operations, a…
FFEATURED