Encouraging people to get the vaccine has been a challenging but rewarding journey for Auckland councillor Josephine Bartley. 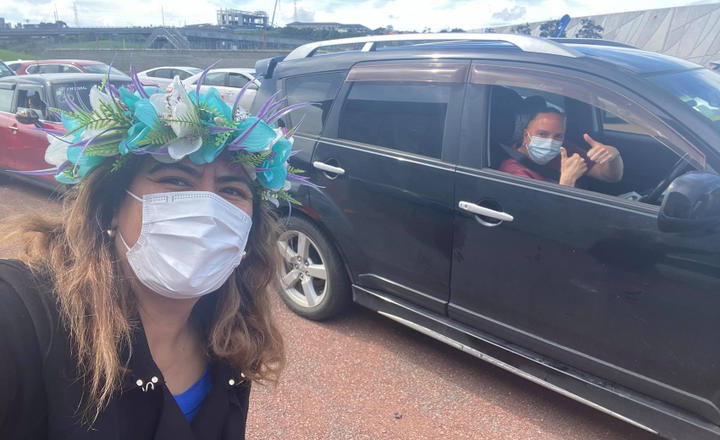 Josephine Bartley has made it her mission to get more South Aucklanders vaccinated.

The Auckland councillor has been an ever-present ball of energy at pop-up vaccination sites around the city, doling out encouragement and treats to those waiting for their jab. At the recent Rally Our Village event at the Vodafone Events Centre in Manukau, she took on the role of chief morale booster and MC, utilising the stand-up comedy skills she’s been honing at late night open mic nights.

“People were waiting for ages, sitting in their cars looking quite worried, so I took over the MCing and decided to liven things up, and just started making people laugh,” she says.

Bartley, speaking over the phone before a day of back-to-back online meetings, became the first Pacific woman to win a council seat when in 2018 she won a by-election. She then held onto the seat in 2019 despite boundary changes favouring her centre-right opponent.

Last month she made headlines after calling for vaccinations to be carried out while people lined up for KFC. She took her idea to the fast food joint’s owners, Restaurant Brands, which subsequently entered discussions with the government about the proposal. Along with this initiative, Bartley is currently planning an event for Black Power’s Auckland chapters to get their jab. She says she’s also keen to run a singles-only event to help those looking for love and Covid protection in one place.

“[Pasifika healthcare provider] South Seas had its biggest turnout when they did the KFC vax event. People love love, so I’ve suggested we need to do a drive-through speed dating vaccination event and I think South Seas are open to the idea.”

Bartely says her KFC proposal drew a lot of criticism from anti-obesity campaigners in particular, but she wishes people would just “get off their high horses” and see the bigger picture.

“I’ve had so many people have a real go at me, but are they from these communities [with low vaccination rates]? I don’t think so. But it’s to everyone’s benefit that South Auckland raises its vaccination rates because we’re all going to be on the same bus or in the same mall at some point.” 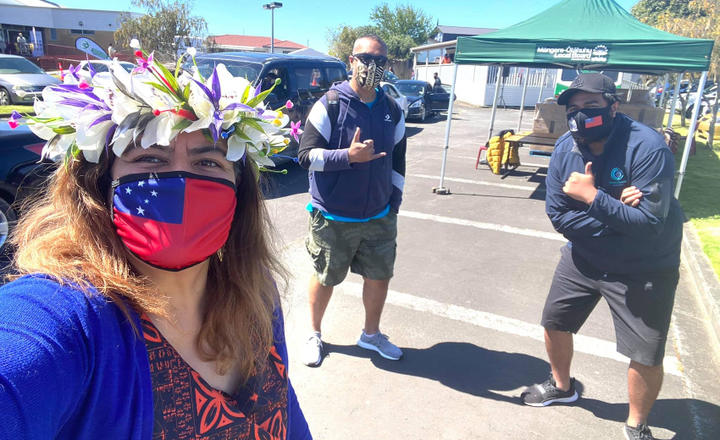 Despite the success of her vaccination drive, Bartley thinks her public efforts may cost her at next year’s local body elections.

“When I started to get really out there about the vaccine, people who had voted for me are now posting [on social media] about me negatively,” says the Maungakiekie-Tāamaki ward councillor. “And some church groups that supported me at the last election are now helping organise the anti-vax rallies.”

She says her career worries are nothing compared to the anxiety she feels about young people copping online abuse after helping out at the events. But her biggest concern is how many still don’t realise how deadly Covid is.

“I get people saying to me don’t spread this propaganda, it’s just the sniffles. But I wish they could have seen the reaction of the church minister after the Sāmoan man died. I was there when the call came through. When they told her, she just broke down crying. It really hit how real this is.”

When she isn’t boosting morale for those waiting for their vaccinations, Bartley also finds time to deliver food parcels to those in need. In the first lockdown, she started her own personal food bank to help those in her immediate area, until social services began filling that gap. When the latest lockdown happened she saw many Pacific families were missing out, so she joined forces with local volunteers to deliver over 400 food parcels in the first week.

Then there’s the issue of people without housing.

“I probably get a call every two weeks to help someone who needs a place to stay,” she says. “I’m able to use my platform and position to cut through the bullshit, so people just contact me, even my haters, to help homeless people, because they know I can help.” 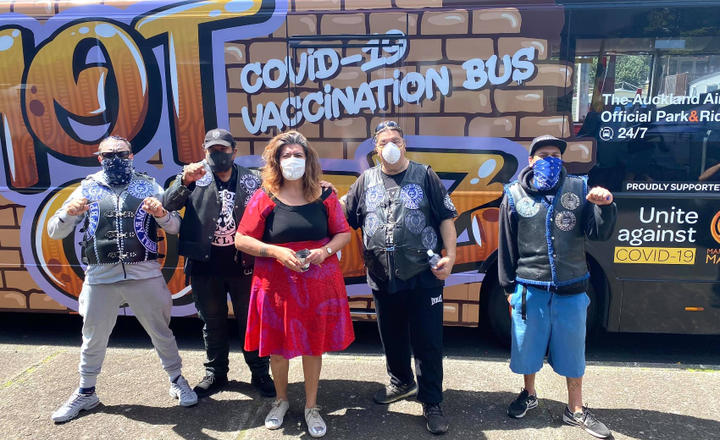 Bartley is the deputy chair on both the regulatory committee and the planning committee, so where does she find time to wade through the mountains of reports that come with these roles?

When she speaks to The Spinoff, she’s just about to head into a full day of meetings, which will include two for the finance and performance committee, a planning committee workshop, media commitments and filming a video to promote the vaccine. After dinner she’s hosting a Zoom session with Pacific women about how to manage your mental health during a lockdown. She says that’s a fairly typical workday, and regardless of her appointments, she’s usually not finished till 10.30pm. It’s a heavy workload, and Bartley says whether she runs again remains to be seen, despite recent speculation she might have a higher office in mind.

“I’ve heard people saying that I’m just doing this because I’m running for mayor and I know some in council think I’m doing too much,” she says. “But I don’t even know if I’ll run again, so the way I look at it, I’ve got nothing to lose – I’m just going for it.”

Given she normally unwinds by going clubbing or having a drink with friends, Bartley admits she’s found this lockdown particularly taxing. But she’s driven to do what she can to help South Auckland through this crisis, she says.

“I do wonder at times if I’m doing the wrong thing [politically] but I know this will save people’s lives.”

Nord Stream 2: The Russian pipeline that everybody’s talking about

Read More
Police are resuming the search for missing fisherman Jason Kauta in Tōrere in eastern Bay of Plenty this…
FFEATURED
Investors watch computer screens at a stock exchange hall on July 13, 2020 in Nanjing, Jiangsu Province of…