Meng Foon reflects on life as the Race Relations Commissioner

Race Relations Commissioner Meng Foon is a self-made businessman-turned-politician-turned-advocate. He sits down with Local Democracy Reporting’s Matthew Rosenberg to discuss the obstacles he’s had to overcome along the way, and hints at what his next move might be. 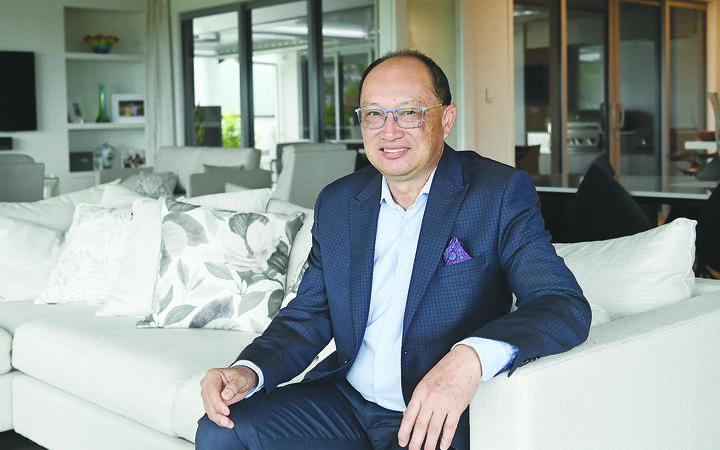 His phone keeps ringing, but not from other people; he’s set alarms so that he doesn’t ruin the buns.

“The last thing I want to do is burn the wife’s pot,” he says.

Foon likes to talk, and on this particular Monday, dressed in an East Coast rugby polar fleece and shorts, he seems in no rush whatsoever.

The former Gisborne mayor of 18 years is reflecting on how the world has changed since he took up the role of commissioner in 2019.

It’s a serious job, but Foon is never short of a joke.

“Just come through here,” were his first words, as he threw open the window after hearing the bell ring.

But while he appears carefree in his comfortable home overlooking the city, Foon is open about the challenges he’s had to overcome along the way.

When a staff member recently told him he could never truly understand the impact of what is happening in Ukraine, Foon thought back to what his father endured in China after the Japanese invasion of the 1930s. The fallout eventually led to his family escaping to New Zealand.

Arriving as a refugee in the 1940s, Foon’s father came with just the clothes on his back, beginning his new life in Tairāwhiti where a relative was already living. His mother followed in the 1950s.

They took jobs in market gardens until Foon’s father had saved enough money to buy some land of his own.

“That’s the first part of discrimination because Pākehā farmers said ‘don’t sell to the Chinese people’, so he paid more,” he recalls.

It was a happy but gritty childhood where a young Meng was forced to grow up fast.

He recalls working at the age of about six years, joking that it was “slave labour”.

“We didn’t see our parents much. They worked in the garden. And if you talked to anyone of their era, they worked hard, like 24/7.

“My brother and I would get quite scared at times, because when there was a big storm in wintertime with all the thunder and lightning, we’d go out and look for them. Then we’d see the headlights.”

Later, he took a job in a shop and picked up an interest in linguistics after trying to copy the accents of different customers. That ultimately led to him learning te reo in school.

When he assumed the role of Gisborne mayor in 2001, he was one of the few – if not only – fluent speakers of the language to hold that position nation-wide.

As commissioner, he’s now advocating for te reo to be made compulsory in schools within the next five years.

The sit-down gives Foon a chance to digest his past couple of years as commissioner, a position he moved into after 18 years as mayor without so much as a moment to catch his breath.

His days are full; different, yet the same, he says.

In one recent working week he had engagements in Dunedin, Christchurch, Wellington and Auckland.

“I love my job. I love the people. I think people are pretty good in heart, generally. The biggest thing I can do is actually chat to people and listen to them.”

As evidenced by his recent writing, Foon is on a mission to help the community see past their differences in the Covid-19 era.

In a December piece written for RNZ, he called for people to remain empathetic, open-minded and understanding of one another.

Not everyone is so straightforward, he acknowledges.

It feels like Foon could talk all day, and as the conversation rolls on, it’s clear that he’s not one to pull punches.

He is critical of the way the Government handled aspects of the pandemic – particularly in relation to Māori vaccination – and is eager to talk about how Ngāti Porou Health and Turanga Health were knocking on the Government’s door early, asking for resources.

It wasn’t until the stats came back that they began paying attention, he says, making mention of the 1918 Spanish flu pandemic which affected Māori disproportionately.

“I think government needs to trust people,” he says.

For someone in his position, it would be easy to be burdened by the issues they face every day – issues that only seem to be compounding. In December, the commission received up to 1000 complaints a week, a dramatic increase from the 200 that normally came through. Many were Covid-related.

And people are learning, he says.

“Love knows no boundaries, so that’s a good thing. The freedom of marriage or having partners is good. Food is another great one.

“No longer are there the jokes of the Māori, the Irishman, and the Scot any more. I haven’t heard one of those jokes in a long time. So there’s an element of respect and awareness.”

Foon has become a familiar face in the media through his role as commissioner, but he has also appeared as the subject at times, and not always for reasons he would like.

In June 2021, Stuff published an article which brought to light his involvement in the gambling industry, detailing a situation where he was the subject of a complaint with the Department of Internal Affairs just months before winning the mayoralty in 2001.

The article said Foon had been considered by senior investigators at the department as being unsuitable to operate poker machines, but the department never acted on the recommendations.

Asked if he has any regrets about his involvement in the gambling industry, he has a surprising answer.

“There were three industries I’ve been involved in, and all of them are terrible. TAB, liquor and pokies.

“I don’t think nothin’ of it. It was bloody great, made a lot of money. We have no qualms with making money, as long as it’s legal.”

Then he reflects on the fact he supports a sinking lid policy for both pokie machines and liquor stores, and it feels as if he’s unsure what he actually thinks about his past involvement.

“I know the effects. I know how much money comes through my till, and it’s terrible.”

Making money has always been high on the priority list, it would seem, as he unabashedly lists the commercial property he owns.

The titles include a dairy, the Subway building, the Bollywood Indian restaurant building, Tatapouri campground, and “a few sprinkled around Australia, Hong Kong, and Wellington”.

He previously owned the Kaiti Mall. “That’s not much eh,” he jokes.

So what is next on the to-do list for the 62-year-old businessman-turned mayor-turned Race Relations Commissioner?

He doesn’t have to think too long to answer.

“I wouldn’t mind being the Governor-General. You’re allowed to dream eh?”

An ongoing challenge is keeping the “bugs” at bay, he says.

Asked what he means, he talks about the hearsay that has plagued him since he first came into the public eye.

“I remember the first one when I stood was ‘Meng doesn’t pay his bill’.

“Then one time it’s having affairs all over the place, getting women pregnant.”

He says the newspaper called to ask if rumours he’d had a love child were true, and he told them to “print it and see what happens”.

Was that rumour true, though?

For now, he seems content riding his bike, painting, and trying not to burn the pot when he cooks steamed buns.

Read More
There have been 113 new community cases reported in New Zealand today, after more than 200 were reported…
FFEATURED