Māori Development Minister Willie Jackson says he is disappointed Māori vaccine data has not been provided to the Whānau Ora Commissioning Agency. 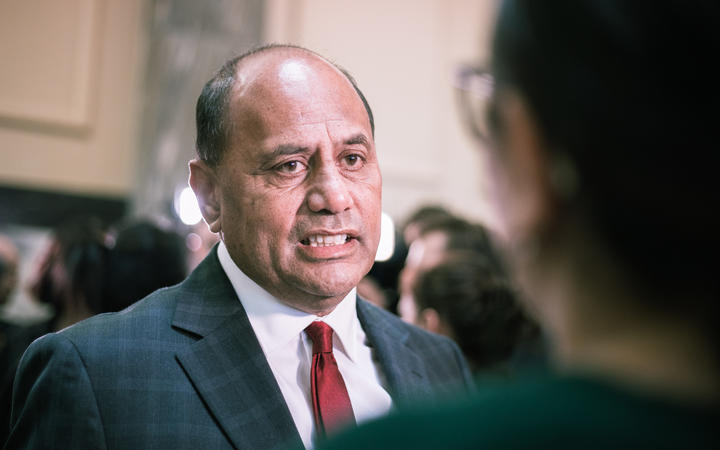 The ministry had withheld the information on people who had not been vaccinated because of privacy considerations, but a High Court judge ruled on Monday last week that the ministry had erred in its interpretation of the privacy code and did not give regard to Te Tiriti o Waitangi or tikanga obligations.

Justice Gwyn ruled the risk to Māori communities trumped privacy, and ordered the ministry to urgently retake its decision, but the ministry has not provided the data.

Director-General of Health Dr Ashley Bloomfield, in the post-Cabinet media briefing on Monday, said instead of providing data on all Māori in the North Island the ministry had decided to work with the Whānau Ora Commission Agency and its providers to release data where it was helpful at a local level.

“We’ve reached out to the agency today and are getting in place a meeting for tomorrow on how we can do that starting with Hamilton and Kirikiriroa.”

He said the ministry was processing requests for data in other areas, but some iwi felt their data being shared would compromise their relationship with the Crown.

Jackson said he works with providers like the Commissioning Agency’s chief executive John Tamihere, and he was concerned about Māori vaccination rates.

He said his position on the data had not changed.

“I still think it should happen. I’ve made it very clear and I’m disappointed it hasn’t happened.”

He said Tamihere was taking the Ministry back to court.

“I couldn’t be more disappointed that they’re having to go back to court given he’s got the majority, maybe 90 [percent], 95 percent of Māori supporting him. I believe he’s got Ngāi Tahu who are against it and one of two others but, you know, we’re in an emergency situation and Whānau Ora should be given that information.”

Whānau Ora uses a whānau-centred kaupapa Māori approach to health services, with Commissioning Agencies contracted to invest in initiatives and services in communities across Aotearoa.

The Whānau Ora Commissioning Agency (also called Te Pou Matakana) works across the North Island and has been rolling out vaccinations and running vaccination buses to reach vulnerable people across the motu.