More flooding in Wairoa leads to residents being evacuated

Flooding is occurring again around Wairoa and some residents in the northern Hawke’s Bay town have now been evacuated. 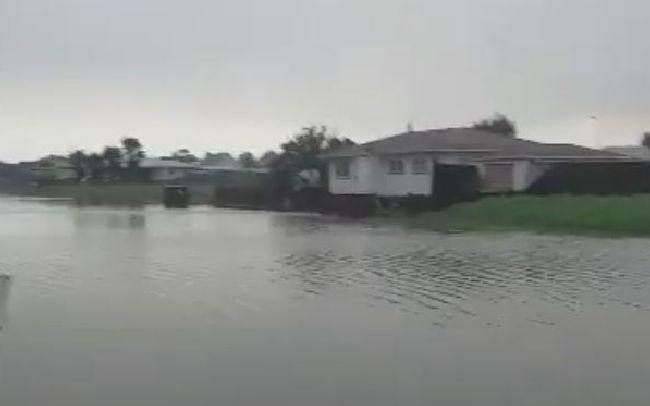 There has been more flooding in Wairoa after further heavy rain. Photo: Wairoa District Council / Screenshot

Wairoa District Mayor Craig Little said while its rivers levels are stable, some residential roads are covered in water.

He said some areas got more than 170 millimetres of rain last night, adding to the downpours the district has already had and the further rain “is just causing havoc”.

“Our concern first time around was that river flooding and flooding out our main street of the town.

“This second lot the river’s well down but it’s just surface flooding now that needs just to have a time to get down, to be drained and that back to the river.”

The Wairoa District Council posted a video of flooding of Karaka and Kauri Streets in the Wairoa township.

Residents are also being urged to avoid all flood water, including puddles and rivers as they could be contaminated with sewage.

Both the Wairoa District Council and the Hawke’s Bay District Health Board are continuing to monitor the situation, particularly as the heavy rain is forecast to continue.

A heavy rain watch is in place for Wairoa District and Gisborne from today through to this evening.

Gisborne and the Wairoa District are covered by a Heavy Rain Watch until 9pm this evening (Tuesday).

Peak rainfall rates of 10 to 15mm/h are forecast in the area.

Read More
By Ric Stevens, Open Justice reporter of Murderer David James Lothian has been given another jail sentence, for…
FFEATURED

Read More
By Wyatt Ryder of Three men had a lucky day when an off-duty surf life-saver, who had just…