A flock of 52 pōpokotea whiteheads have been reintroduced to a Whanganui predator-free sanctuary. 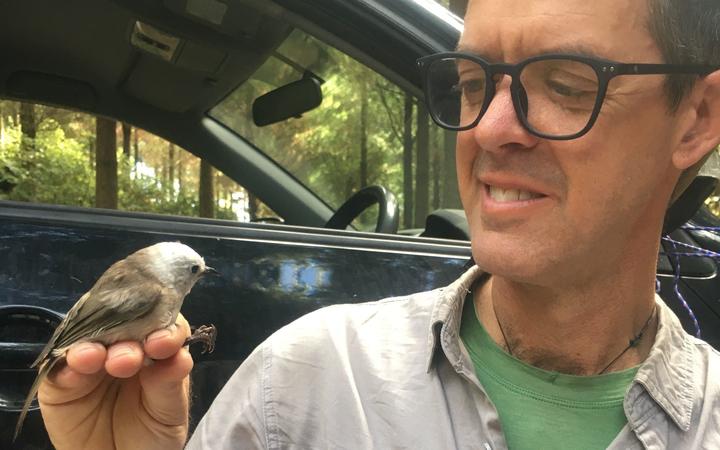 The pōpokotea whitehead is an ancient species only found in Aotearoa and last week the tiny birds were moved in small groups from Waitahinga Reserve and released into their new home at Bushy Park Tarapuruhi.

Forest and Bird sanctuary manager Mandy Brooke said it was an incredible opportunity to re-establish the species at Bushy Park Tarapuruhi which once would have been found in their hundreds in the area.

She said the project may also benefit other native birds.

“Whiteheads are ‘babysitters’ for koekoeā long-tailed cuckoo eggs and chicks, so if we’re lucky, we’ll also have some koekoeā decide to move in too,” Brooke said in a statement.

Brooke said they were honoured to welcome what would become the first breeding pōpokotea pairs, and providing a new home for the birds had required the help and support from many experts and partner groups. 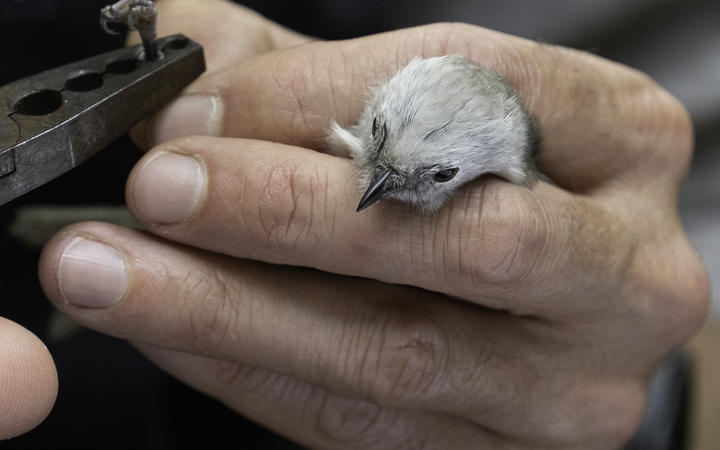 Pōpokotea are easily killed by rats and stoats, and the destruction and fragmentation of their forest homes is also a big issue.

The birds cannot move outside the forests they are in without human help because they only move through trees and bush – and much of New Zealand is now deforested.

Kevin Parker from Parker Conservation, the translocation specialist leading the 12-person catching team, said the project’s timing was reliant on the availability of birds and the weather.

“We caught and released pōpokotea as we went to minimise stress on these birds,” he said in a statement. 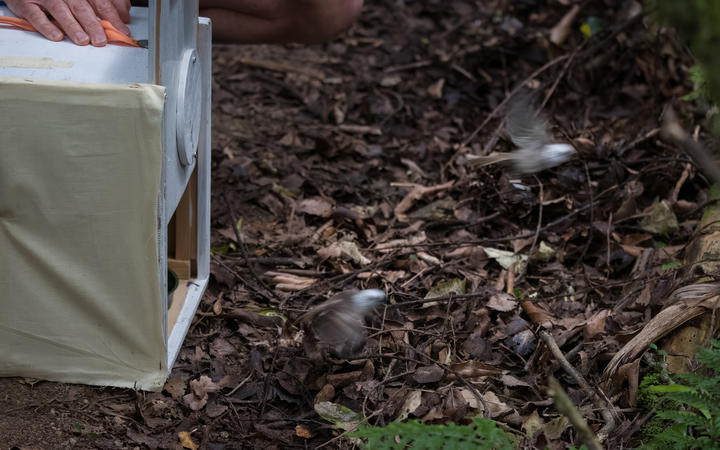 The birds’ move was funded by Horizons Regional Council, while the Bushy Park Tarapuruhi sanctuary is a partnership between Forest and Bird, Bushy Park Trust, and local iwi members of Ngaa Rauru Kiitahi.

“It’s about restoring the missing pieces of the ecosystem in an important priority habitat site. To be able to provide a safe predator-free habitat for these and other ‘at risk’ species, to not only survive… but to thrive and repopulate is a credit to the many volunteers and expert input and advice from all involved,” Heslop said in a statement.

NZ film sound: The success in not being noticed