More to ram raids than meets the eye – child advocates

Child welfare experts say locking up offending kids will not stop a spate of ram raids.

More than five ram raids a week were reported around the country last year, and nearly 90 percent involved youths.

In the latest smash and grab, a dairy in Onehunga was hit by a stolen vehicle this morning.

Yesterday another stolen vehicle was used to break into a fuel station in Ōrātia.

The Waihou Dairy and Takeaway store in Waikato has been ram-raided twice in the past month.

The first time, teens in a van smashed into the store and took cigarettes.

Youths in a ute did the same last week, again taking smokes, and icecreams.

The dairy is currently shut while owner Manishkumar Patel pays thousands of dollars for repairs.

“It hope it [does] not happen again, because I am a single father and my son is living with me,” Patel said.

“He was very scared this time.”

Their home is connected to the store, and Patel was sleeping when last week’s raid began.

“Suddenly, bang. Then I see them from my room, from the window, down at my shop.”

He hoped police would put more time into finding and punishing ram-raiders, and patrolling the roads outside dairies and convenience stores. 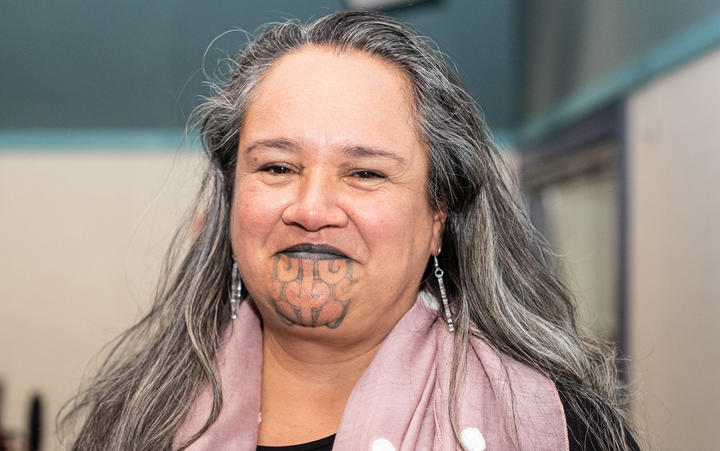 But Assistant Māori Commissioner for Children Glenis Philip-Barbara (Ngāti Porou, Ngāti Uepōhatu) told Midday Report cracking down was not the the answer.

She said often, youth offenders had missed out on basic care growing up.

“There are many of us in our communities who take for granted, absolute granted, the fact that we can go to the doctor whenever we need to, that we have a hot meal when we need it, that when we open the cupboard there’s kai in there, [that] when mum’s sick there’s someone else to look after her – that there’s always plenty of everything.”

She was concerned about ram-raiders ending up in youth detention.

“If we put young people into prison-like environments, that then becomes their norm and the environments they expect to grow into.”

University of Auckland lecturer Dr Ian Hyslop specialises in child protection, and he told RNZ ram-raiding was often a form of thrill-seeking, or escapism.

“Peer groups, adventure, things that kids get involved with – they get carried away you know. Saturday night, pinching a car and egging each other on to drive into a shop front.”

He said behavioural change required good role models, long-term relationships with people who stick to their word, and access to shelter, food, and clothing.

“Relatively deprived and difficult kids, living in neighbourhoods and set-ups that don’t really support them having pro-social attitudes and stuff – that didn’t turn up three months ago when we first started hearing about ram raids [in the news].”

Ministry of Justice data shows youth offending in fact dropped by more than 60 percent in the decade to June last year.

On Monday, Cabinet will consider funding security solutions, like bollards, to protect small businesses from ram raids, as part of this year’s Budget.

Otago Uni graduations: Woman sentenced for threats that led to events being axed

Read More
The 31-year-old man who was viciously assaulted by a group of people remains in a stable but critical…
FFEATURED
Having a tent pecked and shredded to pieces by a flock of juvenile kea is actually a positive,…