Home Morning light and health: ‘You need light to time your life’
FFEATURED

Morning light and health: ‘You need light to time your life’

With the clocks wound back, Professor Steve Jones explores how daylight has a significant effect on health, mood and productivity. 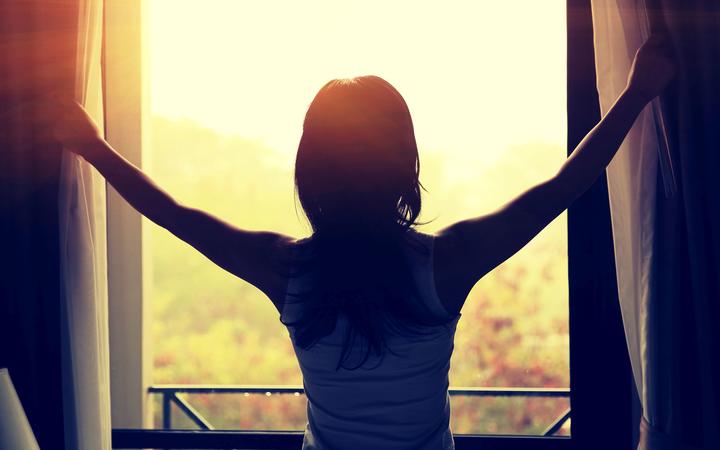 ‘You need light to time your life’ –  listen to the full interview here duration 9′ :37″
Add to playlistPlaylist
Download

Author of Here Comes the Sun and Professor of Genetics at University College London, Steve Jones, told Sunday Mornings there’s no good reason behind our annual routine of daylight savings.

“There’s no real logic to it, the obvious change to make is to change the workings hours of the day but we’re so used to working from nine until five that we try to manipulate the solar system instead,” Jones said.

Exposure to sunlight has a significant effect on peoples health, mood and even industrial productivity, he said.

“It does definitely make a difference, you might think an hour is neither here nor there but it makes a difference.”

He said vitamin D plays a more central role to the body than many think.

Nitric Oxide, one of the short distance chemical messages in the body, is generated by sunlight.

“If it’s a dark cloudy day and you go out and there’s a burst of sunlight, within seconds you feel better,” Jones said.

He said humans have evolved to spend 12 hours in sunlight and 12 hours at night but modern life has driven us back to the stone age.

“People have irises in their eyes which fool you… in the day time sense the living room is almost dark but it fools you that it’s light.

“You can feel yourself getting a lot of daylight by living in a brightly lit room but the amount of daylight you’re getting is three or four percent of the amount you’d get by going out into the bright day.”

In the 1960s, French scientists held experiments where they and others lived in caves to see how it would affect human life.

“They couldn’t stand it, they just couldn’t cope with it… although they were scientists and so on they just had to get some light.

“There were cases where people kind of crept out in the early morning because they needed light… you need light to time your life and if you don’t have that it has really severe effects,” he said.

In present day, the lack of sunlight in modern life can be seen in the increasing prevalence of rickets amongst British children, a soft-boned disease caused by a lack of ultra-violet light.

“That’s all to do with our escape from light, from us going back into the cave,” Jones said.

Read More
A man whose death on a Coromandel property Friday has sparked a homicide investigation has been named. Guy…