A mental health patient says the Southern DHB’s decision, which was made without her consultation, has upended her life.

Warning: This story discusses details of depression and suicide. 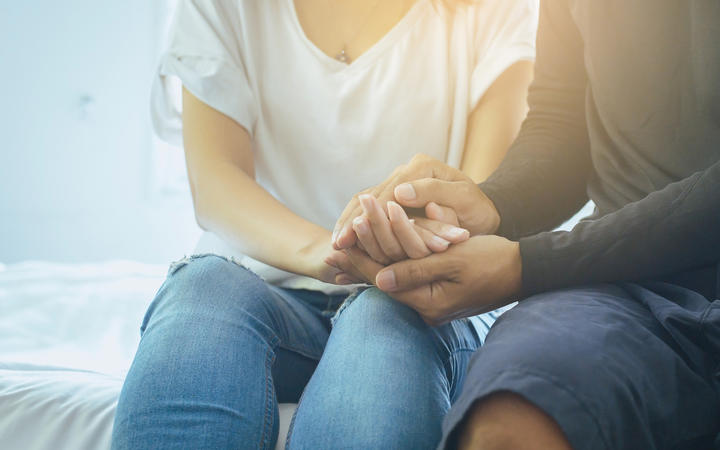 A woman who has had her depression medication halved without consultation says the Southern DHB is playing Russian roulette with her. Photo: 123RF

The DHB was playing Russian roulette with her, the 36-year-old woman, who RNZ agreed not to name, said.

Before the pandemic she had been receiving ketamine twice a week for three years to treat depression.

But she now faced an uncertain future after the Southern DHB cut its ketamine clinic from a twice a week service to just weekly.

Dunedin Hospital’s ketamine clinic had been administering the drug since 2015.

Originally used for surgical anaesthesia, there was growing evidence of the hallucinogenic drug’s benefit as an antidepressant for those with treatment-resistant depression, who did not respond to conventional treatment.

The patient told RNZ the decision to reduce the service had upended her life.

“It means that my entire life is a struggle not to self-harm, not to kill myself,” she said, holding back tears.

“My full-time job is not killing myself.”

It stood in stark contrast to pre-pandemic, when she had been a regular twice-weekly user of the clinic.

“I wasn’t quite up to work but I was meeting friends, I would call both my grandmothers pretty regularly – my mum has passed on and my dad’s in [the North Island]. I was exercising regularly. I could do my groceries, going into the supermarket. I wouldn’t have a complete meltdown and not be able to leave the house. And I could be trusted to live in my flat.”

The drug had provided her a degree of independence, normality and, most importantly, dignity, she said.

She had been prescribed the drug twice a week since 2017.

The change to halve her access was made without consulting her, and she only found out through the nurse administering it, she said.

That decision had robbed her of her future.

“I wanted one day to have a family and I don’t see that happening anymore. They’ve taken my future from me knowingly and with complete disregard for my life.”

The change was initially made due to the Omicron wave, but the Southern DHB had confirmed it was now permanent.

Her friend and supporter John Cosgrove, himself a former patient in the clinic, was now sleeping on her couch and providing around the clock care.

He said he understood mental health staff were stretched, but this was a matter of life and death.

“I know there’s difficulties with highly-trained professionals, but they let student nurses do this half the time because it’s just checking vitals,” he said.

“Two hours of nurse time a week would save her life. If this was dialysis no one would question if that was worthwhile.”

Before 2020 the clinic had six patients.

It was stopped altogether for five weeks during the first lockdown that year.

Cosgrove said his friend’s health suffered terribly as a result and she was offered little assistance or care to assist.

Two patients at the clinic took their own lives during the pandemic, he said.

Of the four who currently used the clinic, his friend was the only one receiving twice-weekly treatment.

“What if it was your kid? If I said to you we’re going to cut your kid’s treatment – your kid’s not getting their insulin this month so that they can have slightly more services.

“I don’t think taking one nurse for half a day is going to result in other people’s deaths, but it could result in deaths in this clinic.”

Cosgrove said he was assisting his friend with lodging a complaint about the decision to reduce the service to the Health and Disability Commissioner.

University of Otago psychiatry Professor Paul Glue, who had researched ketamine as an antidepressant, said the results were remarkable.

“For the people that I’ve looked after in clinical trials – and I can’t discuss individual patients – the change or improvement in life functioning, in terms of life satisfaction, is extraordinary,” he said.

The drug was a potential life-saver and more people could definitely benefit from the drug, Glue said.

However, its problem was its effects were temporary with depressive symptoms in returning in half a week to a week and it provided no benefit for about a quarter of those who also did not respond to conventional treatment.

“In 2020, during the first lockdown, ketamine clinics were paused due to a greater emphasis being placed on reducing face-to-face contact for outpatients. The service was paused from 20 March 2020 and resumed on 28 April 2020. During this time safe protocols for delivering ketamine were developed,” she said.

“Some consumers report that ketamine has been a ‘life saver’ and others say it does not make a difference, so it very much depends on the individual experience.”

The reduced service was not a case of cost-cutting, she said.

“The costs of providing services during the pandemic are not the main consideration. We have been focussed on providing essential services in a very complex and challenging environment.”