A national title and cherry-shed trophy is within spitting distance for hopeful contestants in Cromwell. 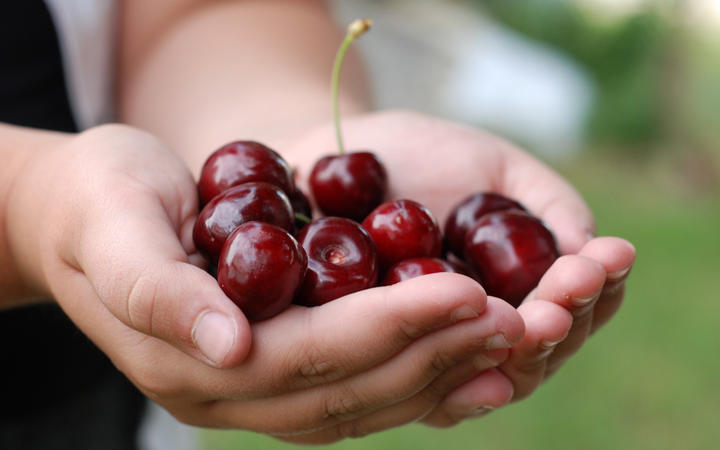 The current world record for Cherry pit spitting is by an American who spat a cherry pit 28.51 metres at an international championship in 2004. (File image) Photo: 123RF

The National Cherry Spitting Competition trophy is up for grabs on 28 December, despite the competition being scaled back for Covid-19 restrictions.

The annual event will be held at the Forage Information Centre between 11.30am and 1.30pm with competitors able to register on the day.

Cromwell Promotions Group community relationships manager Kelly Cruickshank-Giles said they would be focusing on the cherry spitting competition instead of the usual array of activities.

Vaccine passes will be required and safety measures will be in place at the outdoor venue.

“People watching can’t get within a certain distance of the mat. The staff that are working that will be working out how far they have spit the cherry pit will be fully masked and gloved, all hygiene will be well looked after and they’re not actually touching it with their hands. We’ve got brooms,” she said.

“The contestants are given their own cherries that aren’t handled by anybody else.

“It’s then up to each competitor to remove the pit from the cherries and get it ready for spitting. So it’s not actually spitting saliva or anything, they’re actually throwing the pit from their mouth out onto the mat.”

“It’s all in the tongue. Those that are really good at it, they’ve got all the juices off the pit so it’s literally just the pit and they’re spitting it out by rolling their tongue, and some even do a bit of a run up.”

Most did not practice, instead saving up their pit-spitting prowess for the competition mat.

“In the past, a lot of people that have come along to the event have been holidaying in the area and come along out of curiosity,” Cruickshank-Giles said.

“We normally find it’s actually a tourist or a holiday-maker that wins and it’s just a talent they didn’t realise they had.

“The good side of that is that the trophy gets moved around the country a fair bit. But there is definitely a couple of people that have returned for a couple of years to improve and keep their standing.”

The length of the competition mat they used was about 20 metres which – so far – none had managed to surpass yet, she said.

The current world record is held by American Brian ‘Young Gun’ Krause, who spat a cherry pit 28.51 metres at an international championship in 2004.

FFEATURED
A sharp jump in mortgage interest rates over the past few weeks is taking its toll on mortgage…
FFEATURED
The AstraZeneca coronavirus vaccine is set to undergo a rebrand. The jab was originally called COVID-19 Vaccine AstraZeneca…
FFEATURED